You are here: Home › transportation › William Wilson and the First German Railway 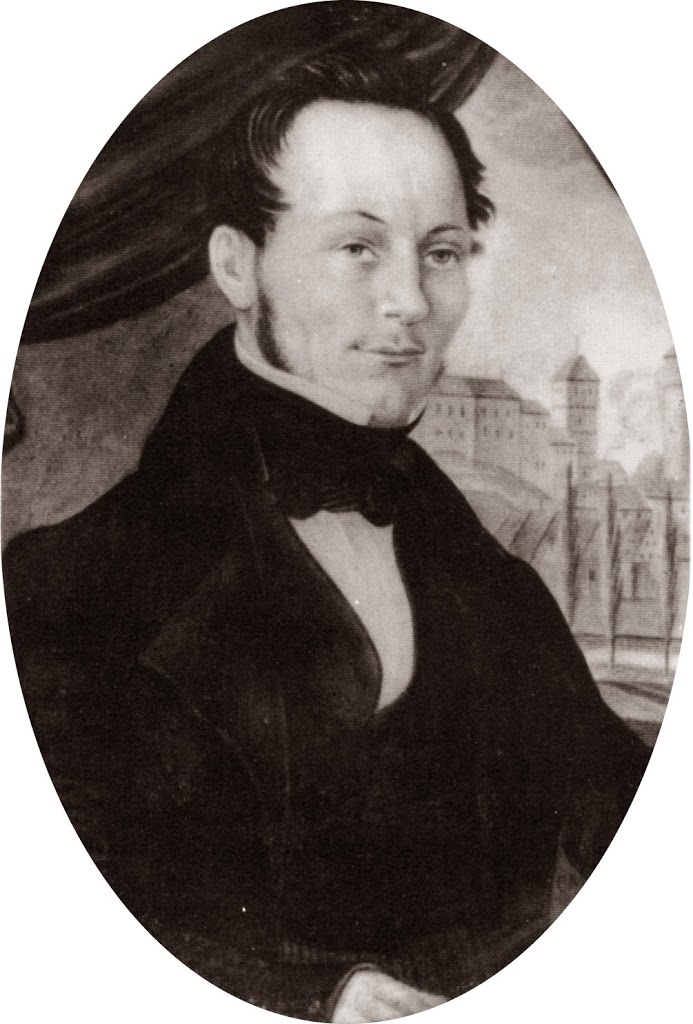 On April 17, 1862, British mechanical engineer William Wilson passed away. He was the first engine driver of the locomotive Adler on the first German railway. There was a time, when every little boy wanted to become an engineer or engine driver. Master of the huge and powerful machine, driving the rails, faster and faster. But, this was already way before my time. I wanted to become an astronaut. What did I do instead? Now I am a scientist. Comes pretty close, well if you take out the space flight. But, let’s look at the life of the very first engine driver in Germany, who had become a role model for generations of little boys after him.

William Wilson was born on 18 May 1809 in Walbottle, England and, in 1829, engaged by railway pioneer George Stephenson as a mechanic.[2] Stephenson should become the first who built a public inter-city railway line using steam locomotives, the Liverpool and Manchester Railway which opened in 1830. The development of public railways in Britain attracted interest from the rest of Europe. The first railway line in Germany was opened on 7 December 1835 between Nuremberg and Fürth. Its first steam locomotive was supplied by Stephenson, because at that time there were no suitable and affordable steam engines available in Germany. However, getting the first locomotive to Germany was connected with several difficulties. In Nuremberg and England, different units of measurement were used. The Bavarian foot and the English foot were different. The gauge was set to that of the Stockton and Darlington Railway, as Stephenson insisted on the measurement of 4 English feet and 8.5 inches (1435 mm). The tracks already laid in Nuremberg were 5/8 inches too narrow. The distance between the rails had to be adjusted accordingly. On 26 September 1835, after various difficulties, the Ministry of Finance authorized the duty-free import requested.

The Transport to Germany

On 23 September 1835, the steamboat Hercules, transported the transport boxes from Rotterdam on the Rhine to Cologne. Because of the low water of the Rhine, they had to use draught horses instead of the steamboat to transport the tow from Emmerich. The rest of the route had to be covered by horse-drawn carriages, as the Main was not navigable due to low water. This journey ashore was interrupted by a strike of the carters in Offenbach, which resulted in a change of forwarding agent. Finally, on 26 October 1835 the transport reached Nuremberg. The steam locomotive was assembled in the workshops of Johann Wilhelm Spaeth’s machine factory. The construction was carried out under the supervision of the accompanying engineer and locomotive driver William Wilson and the specialist teacher Bauer with the help of local carpenters.

At the request of the Ludwig Railway Company (Ludwigs-Eisenbahn-Gesellschaft), Stephenson also provided Wilson to act as engine driver and engineer. He was to instruct the locomotive crew and train successors, for which he was given an eight-month contract. Stephenson stipulated a maximum working period of 12 hours per day and Wilson’s travel costs were borne by the Ludwig Railway Company. In addition, he took on the fitting out, and later the direction, of a railway workshop. He was given a high salary commensurate with his qualification that exceeded the income of the general manager (Generaldirektor) of the railway company.

The First Ride of the Adler

On December 7, 1835 William Wilson finally drove the locomotive, Adler, as the engine driver, on the first German railway on the newly built 7.45 km line operated by the Ludwig Railway. The high cost of importing coal from Saxony meant that only two of the hourly passenger services were steam-hauled, with the remainder drawn by horses. After eight months he made no arrangements to leave. Both as a result of his safe performance during this journey as well as his excellent credentials, his contract was repeatedly extended. The passengers wanted to travel with no-one else but the “tall Englishman“. Whenever he was not driving the locomotive himself, income fell. 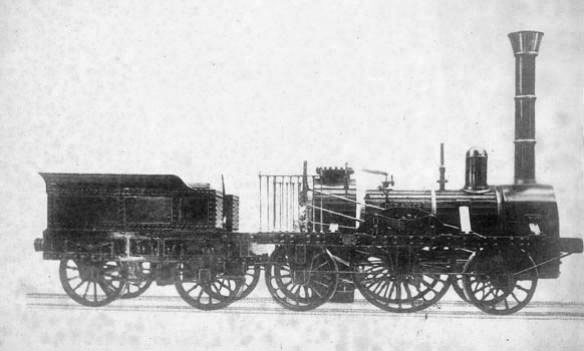 The Eagle, photography from the early 1850s

Offers from all over Germany

Over time, the various countries in Germany started building their own railway systems, which began to connect the corners of Germany together. From 1842 Wilson alternated as engine driver with his assistant, Bockmüller. His health was seriously damaged by his occupation, however, because he would stand on the driver’s platform in all weathers in a gentleman’s overcoat and top hat, but without any protection from the elements. It was not until the winter of 1845/46 were engine drivers given leather coats as protection against the weather. Finally, eight years later, the engines were furnished with protective roofs over the driver’s stand. In spite of tempting offers by the Bavarian State Railway, Wilson remained with the Ludwig Railway. In 1859, he was unable to work regularly as a result of his worsening health. At the 25th anniversary celebrations of the Ludwig Railway he was greatly honored. William Wilson died on April 17, 1862 in Nuremberg as a result of his illness.