You are here: Home › history › The Natural History Museum in London 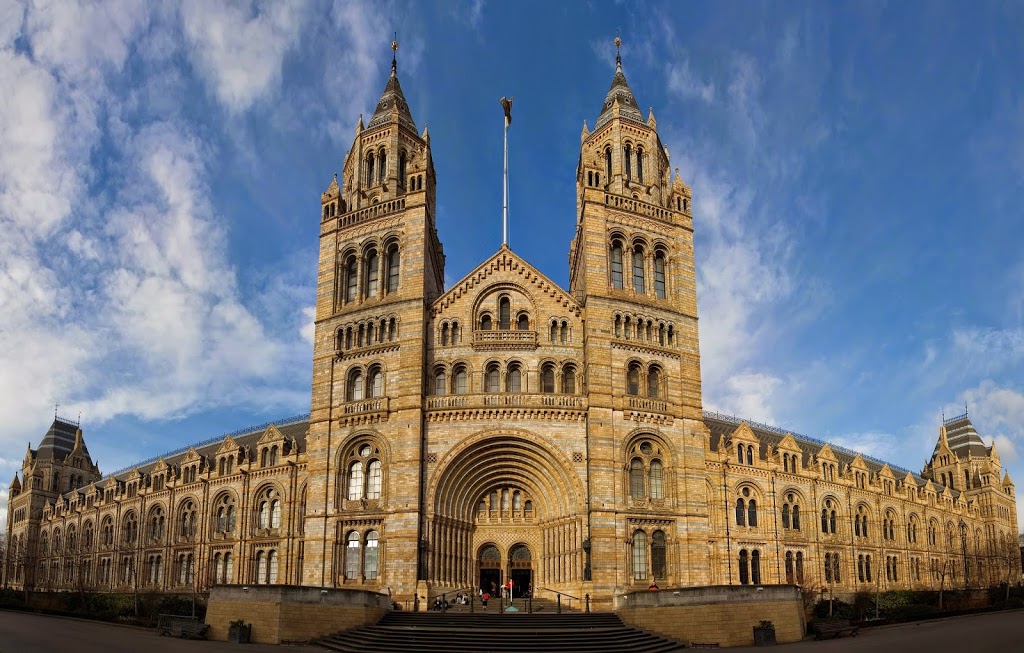 On April 18, 1881, the Natural History Museum in London was opened for the public. It is one of the largest natural history museum‘s of the world.

Sir Hans Sloane was an Irish physician, but also a collector who provided the foundation for the museum. He allowed his collections to be purchased by the British government below their actual value on the free market. The collections included dried plants, and animal and human skeletons, which were initially housed in Bloomsbury at Montagu House. Unfortunately, the majority of the collection had disappeared by the early decades of the nineteenth century. In 1833 the Annual Report stated that, of the 5,500 insects listed in the Sloane catalogue, none remained. It is assumed that in the first years, the staff of the natural history departments did not have much knowledge about conserving the specimens.

Richard Owen was then appointed Superintendent of the natural history departments of the British Museum in 1856. He saw that the natural history departments needed more space, and that implied a separate building as the British Museum site was limited. More land was purchased, and in 1864 a competition was held to design the new museum. Francis Fowke won the design contest. He was a civil engineer Captain and passed away shortly after. The scheme was then taken over by Alfred Waterhouse who substantially revised the agreed plans, and designed the facades in his own idiosyncratic Romanesque style. The original plans included wings on either side of the main building, but these plans were soon abandoned for budgetary reasons. The space these would have occupied are now taken by the Earth Galleries and Darwin Centre. Construction work began in 1873 and was completed in 1880. The museum officially opened in 1881, but the move from the old museum was not completed until two years later. After the opening, the Natural History Museum remained a department of the British Museum. With the passing of the British Museum Act 1963, the British Museum became an independent museum with its own Board of Trustees, although the former name was retained. Only with the Museums and Galleries Act 1992 did the Museum’s formal title finally change to the Natural History Museum. 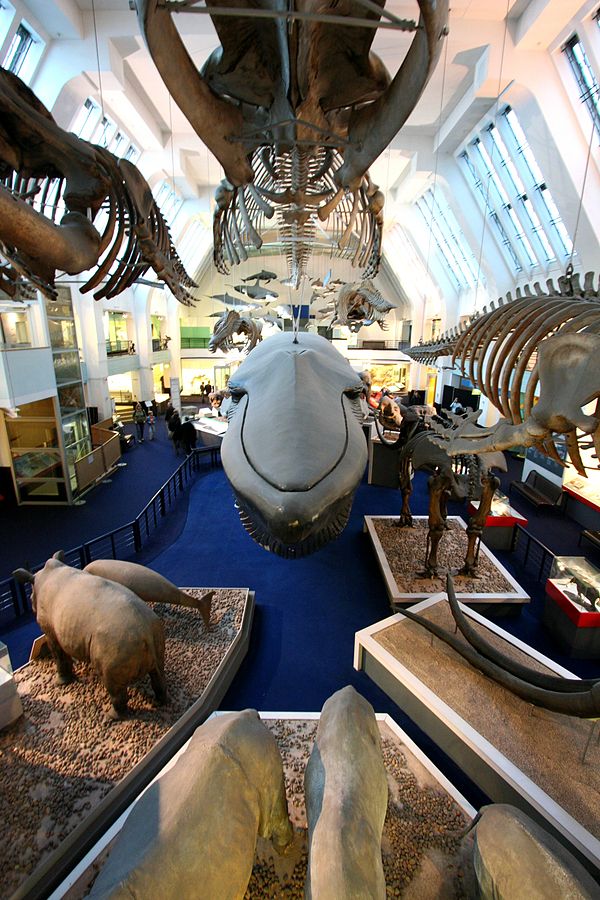 Wide-angle picture of the Large Mammals Hall at the (British) Natural History Museum, taken from the balcony above the blue whale model.
photo: Brendan Adkins, CC BY-SA 3.0, via Wikimedia Commons

In 1986, the museum absorbed the adjacent Geological Museum of the British Geological Survey. The Geological Museum became world famous for exhibitions including an active volcano model and an earthquake machine, and it housed the world’s first computer-enhanced exhibition. The newly developed Darwin Centre is designed as a new home for the museum’s collection of millions of preserved specimens, as well as new work spaces for the museum’s scientific staff, and new educational visitor experiences. Arguably the most famous creature in the centre is the 8.62-metre-long giant squid, affectionately named Archie. As part of the museum’s remit to communicate science education and conservation work, a new multimedia studio will form an important part of Darwin Centre. In collaboration with the BBC’s Natural History Unit, the Attenborough Studio provides a multimedia environment for educational events. The studio plans to continue the daily lectures and demonstrations. The museum runs a series of educational and public engagement programs, including a “How Science Works” hands on workshop for school students demonstrating the use of microfossils in geological research. The museum also played a major role in securing designation of the Jurassic Coast of Devon and Dorset as a UNESCO World Heritage site and has subsequently been a lead partner in the Lyme Regis Fossil Festivals.