You are here: Home › history › William Whewell and the History of Science 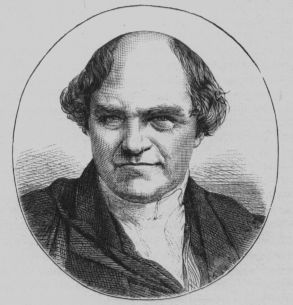 On May 24, 1794, English polymath, scientist, Anglican priest, philosopher, theologian, and historian of science William Whewell was born. What is most often remarked about Whewell is the breadth of his endeavors. He published work in the disciplines of mechanics, physics, geology, astronomy, and economics, while also finding the time to compose poetry. One of Whewell’s greatest gifts to science was his wordsmithing. Amongst others, he also coined the word “Scientist”.

“Every failure is a step to success. Every detection of what is false directs us towards what is true: every trial exhausts some tempting form of error. Not only so; but scarcely any attempt is entirely a failure; scarcely any theory, the result of steady thought, is altogether false; no tempting form of Error is without some latent charm derived from Truth.”
– William Wheewell, Lectures on the History of Moral Philosophy in England, Lecture 7. (1852).

William Whewell was born in Lancaster, UK, the eldest of his parents’ seven children. His father, John Whewell, a carpenter, wished him to follow his trade, but his success in mathematics at Lancaster and Heversham grammar-schools enabled him to proceed with an exhibition to Trinity, Cambridge (1812). However by this time the family had suffered a series of tragedies with his mother dying in 1807 and three of his younger brothers dying before William began his university studies. He was second wrangler in 1816, became fellow and tutor of his college.

Whewell had made a number of friends among top academics during his undergraduate years at Cambridge including John Herschel [9], Charles Babbage [10], George Peacock and other members of the Analytical Society. In 1818, Whewell became President of the Cambridge Union Society. At a time when Cambridge was still finding acceptance of the superior Continental approach to mathematics, Whewell played a major role in modernizing their approach with his textbooks An Elementary Treatise on Mechanics (1819) and A Treatise on Dynamics (1823). His 1819 text was the first applied mathematics work in English to adopt continental mathematical symbolism, while his second work was a beautiful text using French analytic techniques.[4]

In 1820 he was elected a fellow of the Royal Society, which awarded him the Royal Medal in 1837. In 1826 and 1828, Whewell was engaged with George Airy [8] in conducting experiments in Dolcoath mine in Cornwall, in order to determine the density of the earth. Their united labors were unsuccessful, and Whewell did little more in the way of experimental science. He was professor of mineralogy from 1828 to 1832, and of moral philosophy (then called “moral theology and casuistical divinity”) from 1838 to 1855. Whewell died in 1866 on the grounds of Trinity College, Cambridge, from a fatal fall from a horse. In his will, he endowed, among other things, the Whewell Chair of International Law at Cambridge University, which was established two years after his death.

The History of Science

His best-known works are two voluminous books that attempt to systematize the development of the sciences, History of the Inductive Sciences (1837) and The Philosophy of the Inductive Sciences, Founded Upon Their History (1840, 1847, 1858–60). While the History traced how each branch of the sciences had evolved since antiquity, Whewell viewed the Philosophy as the “Moral” of the previous work as it sought to extract a universal theory of knowledge through history. In the latter, he attempted to follow Francis Bacon’s plan for discovery. He examined ideas (“explication of conceptions”) and by the “colligation of facts” endeavored to unite these ideas with the facts and so construct science. This colligation is an “act of thought”, a mental operation consisting of bringing together a number of empirical facts by “superinducing” upon them a conception which unites the facts and renders them capable of being expressed in general laws.

One of Whewell’s greatest gifts to science was his wordsmithing. He often corresponded with many in his field and helped them come up with new terms for their discoveries. In fact, Whewell came up with the term scientist itself in 1833, and it was first published in Whewell’s anonymous 1834 review of Mary Somerville‘s On the Connexion of the Physical Sciences published in the Quarterly Review. They had previously been known as “natural philosophers” or “men of science”. In fact many of these words were coined by Whewell at the request of friends, for example terms “anode”, “cathode” and “ion” were for Faraday, while “scientist” was produced at the request of the poet Samuel Taylor Coleridge. Another important contribution was his support of, and work for, the British Association for the Advancement of Science.