You are here: Home › medical science › William Cheselden and the Profession of Surgery 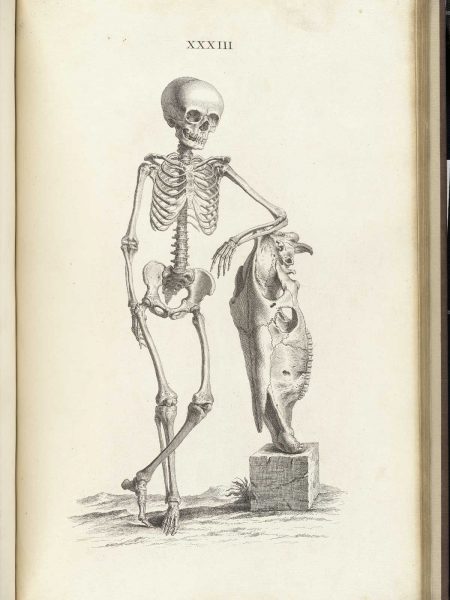 On October 19, 1688, English surgeon and teacher of anatomy and surgery William Cheselden was born. Cheselden was influential in establishing surgery as a scientific medical profession. Via the medical missionary Benjamin Hobson, his work also helped revolutionize medical practices in China and Japan in the 19th century. Cheselden published Anatomy of the Human Body, (1713) written in English instead of the Latin, which remained in print as a text for anatomy students for almost a century. He was the first to perform operations for iridectomy, the removal of part of the iris to treat blindness (1728) and lateral lithotomy (1727).

William Cheselden studied anatomy in London under William Cowper. In 1710, he started to lecture anatomy and was admitted to the London Company of Barber-Surgeons, passing the final examination one year later. In 1712, Cheselden was elected a Fellow of the Royal Society. Cheselden published his Anatomy of the Human Body, which was incredibly successful and became one of the standard works for students.

Working as a Surgeon

In 1720, Cheselden was appointed full surgeon at St Thomas’ Hospital in London, where he specialized on the removal of bladder stones resulted in the increase in survival rates. Cheseldon became surgeon at Westminster Infirmary and surgeon to Queen Caroline. In 1733, he published Osteographia or the Anatomy of Bones, which was the first known full and accurate description of the anatomy of the human skeletal system.

William Cheselden moved to Chelsea Hospital in 1738 and was later also elected to the position of Warden of the Company of Barber-Surgeons, and had a role in the separation of the surgeons from the barbers and to the creation of the independent Company of Surgeons in 1745. Cheseldon is best known for the first known case of full recovery from blindness in 1728, of a blind 13-year-old boy. Cheselden presented the celebrated case of a boy of thirteen who gained his sight after removal of the lenses rendered opaque by cataract from birth. The surgeon developed new techniques, particularly in the removal of cataracts. He also effected a great advance in ophthalmic surgery by his operation, iridectomy, described in 1728, to treat certain forms of blindness by producing an artificial pupil.

Next to his work on curing blindness, William Cheselden is also famous for the invention of the lateral lithotomy approach to removing bladder stones. Cheselden also described the role of saliva in digestion. He attended Sir Isaac Newton in his last illness and was an intimate friend of Alexander Pope [7] and of Sir Hans Sloane.[6] William Cheselden died on April 10, 1752, in Bath at age 63.