You are here: Home › medical science › William Beaumont and the Mechanisms of Human Digestion 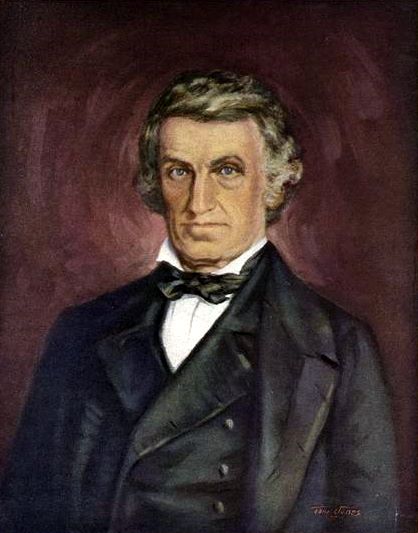 On November 21, 1785, US-American surgeon William Beaumont was born. He became best known as “Father of Gastric Physiology” following his research on human digestion.

“I submit a body of facts which cannot be invalidated. My opinions may be doubted, denied, or approved, according as they conflict or agree with the opinions of each individual who may read them; but their worth will be best determined by the foundation on which they rest—the incontrovertible facts.”
— William Beaumont, Experiments and Observations on the Gastric Juice, and the Physiology of Digestion (1833)

William Beaumont was born in Lebanon, Connecticut,  the son of Samuel Beaumont, aa Puritan New England farmer, and his wife Lucretia.  He left his home after he turned twenty-one, moved to Champlain, New York and obtained a teaching job. In 1810 he relocated to St. Albans, Vermont where he trained to become a physician through an apprenticeship with Dr. Truman Powell. Beaumont served as a surgeon’s mate in the Army during the War of 1812. He opened a private practice in Plattsburgh, New York, but rejoined the Army as a post surgeon in 1819 and was assigned to Mackinac Island, Michigan, reporting to Gen. Macomb, June, 1820.

Beaumont was stationed at Fort Mackinac on Mackinac Island in Michigan in the early 1820s when it existed to protect the interests of the American Fur Company. The fort became the refuge for a wounded 19-year-old French-Canadian fur trader named Alexis St. Martin when a shotgun went off by accident in the American Fur Company store at close range June 6th, 1822. St. Martin’s wound was quite serious because his stomach was perforated and several ribs were broken. Nobody really expected that the young man would survive but he really did. The skin around St. Martin’s wound fused to the hole in his stomach, leaving a permanent opening – a gastric fistula ,which left the walls of the stomach open by a valve, permitting a complete study of the processes of stomach digestion in both normal and abnormal conditions.[1]

Beaumont quickly noticed that there was much research potential. Back then, not too much was known about the digestive system. In order to gain more information, Beaumont performed numerous experiments on St. Martin over a period of eight years. The experiments must have been really uncomfortable for the man, who was inserted bits of different foods tied to strings through the hole in his stomach, pulling them out periodically to observe digestion. Beaumont also removed gastric juice, examining it to better understand its nature. Beaumont became the “Father of Gastric Physiology” and his findings were published in the book “Experiments and Observations on the Gastric Juice and the Physiology of Digestion” in 1833. The work is now considered as the basis of much of the early knowledge on digestion.

William Beaumont discovered that hydrochloric acid is the main chemical responsible for breaking down food and he suggested that another important digestive chemical, which is now known as pepsin. He suggested that digestion is a chemical process, not merely a mechanical one caused by stomach muscle movement. Also, Beaumont gave insights on how emotions, temperature, and physical activity can affect digestion.

Beaumont and St. Martin parted ways, with Beaumont eventually returning to St. Louis, and St. Martin to his home in Quebec province, Canada. On and off for the next twenty years, Beaumont tried to get St. Martin to move to St. Louis, but the move never occurred. William Beaumont died of a fall on icy steps in 1853. When St. Martin died in 1880, more than a quarter of a century after Beaumont, the doctors wanted to autopsy him and donate his stomach to a museum. His family, however, kept the body until it had decomposed and then buried it several meters deep to prevent exhumation.