You are here: Home › aviation › Wiley Post and the Discovery of the Jet Stream 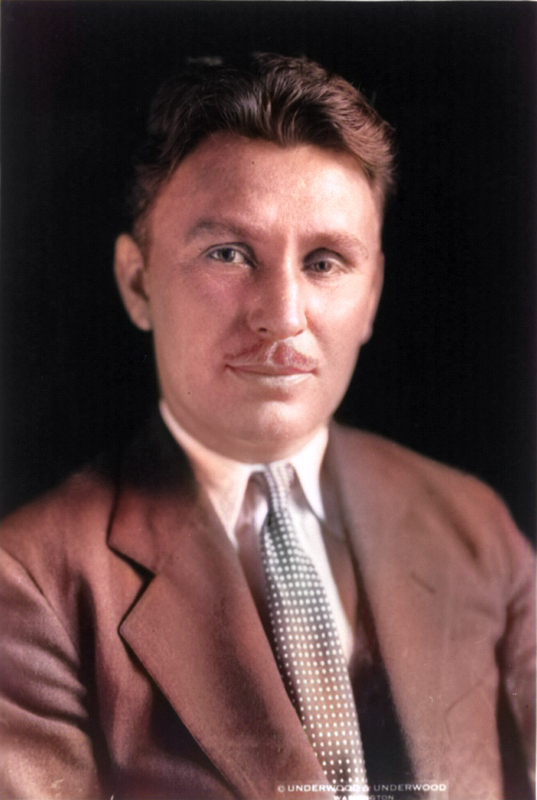 On November 22, 1898, US-American aviator Wiley Hardeman Post was born. Post was the first pilot to fly solo around the world and is also known for his work in high-altitude flying, where he helped to develop one of the first pressure suits and discovered the jet stream.

“I cut the emergency switch just in time to keep ‘Winnie Mae’ from making an exhibition of herself by standing on her nose. That would have been fatal to our hopes.”
– Wiley Post

Wiley Post was born in Grand Saline, Texas, to cotton farmer parents William Francis and Mae Quinlan Post. His family moved to Oklahoma when he was five. He was an indifferent student, but managed to complete the sixth grade. Nevertheless, he was a mechanical genius who fixed things around the farm growing up. Wiley’s first view of an aircraft in flight came in 1913 at the county fair in Lawton, Oklahoma. The event so inspired him that he immediately enrolled in the Sweeney Automobile and Aviation School in Kansas City. During World War I, Post wanted to become a pilot in the U.S. Army Air Service. Joining the training camp at the University of Oklahoma, he learned radio technology, but Germany already surrendered before he completed his training and the war ended. He went to work as a “roughneck” in the Oklahoma oilfields. The work was unsteady and he turned briefly to car jacking. He was arrested in 1921 and sent to the Oklahoma State Reformatory where he served 14 months of a ten-year sentence, before being paroled.

Around the World in Eight Days

Post returned to the oil fields. An oil field accident in 1926 cost him his left eye, but the partial loss of vision did not prevent him from flying. Thus, he used part of the $1,800 settlement to buy his first airplane, a Canadian-built JN-4 “Canuck.” Wiley Post’s rise to fame began in 1930 when he won an air race between Chicago and Los Angeles. In 1931 he and navigator Harold Gatty flew around the top of the world in the Lockheed Vega 5-C aircraft named Winnie Mae from New York City to New York City in less than nine days. Actually, they arrived back after traveling 15,474 miles (24,903 km) in the record time of 8 days and 15 hours and 51 minutes.  Wiley’s first trip was chronicled in the book Around the World in Eight Days: The Flight of the Winnie Mae (1931).[1]

In 1933, Post repeated his round-the-world flight, but this time did it solo, with the aid of the auto-pilot and radio compass and shattered his previous around-the-world record with a time of seven days, eighteen hours, and forty-nine minutes. After his record-breaking flights he experimented with high-altitude flying. Because the Winnie Mae was not pressurized, he designed a pressure suit, with technical assistance from B.F. Goodrich Company. The first suit ruptured during a pressure test. The redesigned second suit used the same helmet as the first but when tested was too tight and they were unable to remove it from Post, so they had to cut him out thus destroying the suit. The third suit was redesigned from the previous two. The suit was constructed of double-ply rubberized parachute cloth glued to a frame with pigskin gloves, rubber boots and an aluminum & plastic diver’s helmet. It had arm and leg joints that permitted easy operation of the flight controls and also enabled walking to and from the aircraft. The helmet had a removable faceplate that Post could seal when he reached a height of 6,000 meter, a liquid oxygen source breathing system, and could accommodate earphones and a throat microphone.[2] Post’s pressure suit was a predecessor for the test pilots’ and astronauts’ pressure suits used in the 1950s and 1960s. 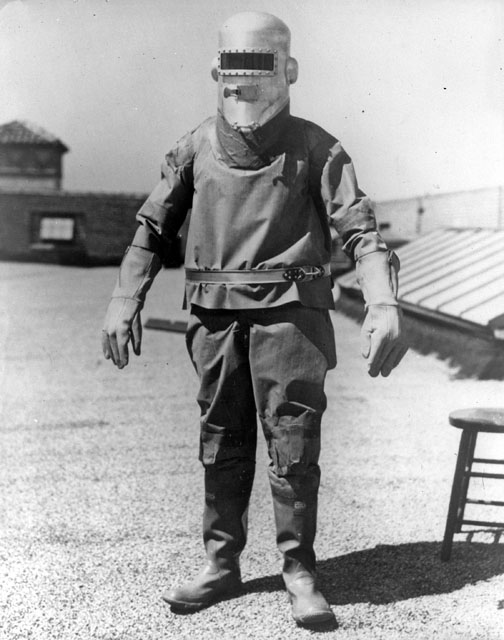 Ultimately, his experimental flights proved the value of using the east-to-west jet stream. Jet streams are fast flowing, narrow, meandering air currents in the atmosphere. the main jet streams are located near the altitude of the tropopause and are westerly winds (flowing west to east). The strongest jet streams are the polar jets, at 9–12 km (30,000–39,000 ft) above sea level, and the higher altitude and somewhat weaker subtropical jets at 10–16 km (33,000–52,000 ft). Jet streams are the product of two factors: the atmospheric heating by solar radiation that produces the large-scale Polar, Ferrel, and Hadley circulation cells, and the action of the Coriolis force acting on those moving masses. The Coriolis force is caused by the planet’s rotation on its axis. After the 1883 eruption of the Krakatoa volcano, weather watchers tracked and mapped the effects on the sky over several years. They labelled the phenomenon the “equatorial smoke stream”. In the 1920s, a Japanese meteorologist, Wasaburo Oishi, detected the jet stream from a site near Mount Fuji-. He tracked pilot balloons, also known as pibals (balloons used to determine upper level winds), as they rose into the atmosphere. Oishi’s work largely went unnoticed outside Japan because it was published in Esperanto. On September 5, 1934, he reached an altitude of 40,000 feet (about 12,000 m) above Chicago. During his high-altitude transcontinental flight attempts, Post noticed that at times his ground speed greatly exceeded his air speed. Thereby, he can be credited as the first person “experiencing” the jet stream first hand.

Cross section of the subtropical and polar jet streams by latitude

In 1935 Wiley Post constructed a hybrid floatplane from a Lockheed Orion. He wanted to test the operational capabilities of the aircraft with a long-distance flight. He asked friend and humorist Will Rogers to join him on a junket to Alaska and Siberia. Unfortunately, the hybrid Orion proved to be aerodynamically unstable. Shortly after takeoff in the fog on August 15, 1935, Post lost control of the aircraft. It crashed into the Walakpa Lagoon near Point Barrow, Alaska killing both Post and Rogers. Wiley Post’s remains were transported to Oklahoma for burial.[1] Shortly after Post’s death his widow sold the famed Winnie Mae to the Smithsonian.