You are here: Home › computer science › Warren Weaver – A Pioneer in Machine Translation 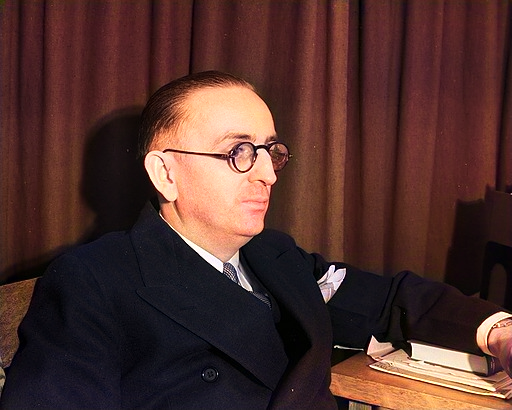 On November 24, 1978, American scientist, mathematician, and science administrator Warren Weaver passed away. Weaver is widely recognized as one of the pioneers of machine translation, and as an important figure in creating support for science in the United States.

Warren Weaver was born in Reedsburg, Wisconsin, USA, to Kittie Belle Stupfel and Isaiah Weaver, who was a pharmacist. In 1904, the family moved from Reedsburg to Madison, Wisconsin, where Weaver attended secondary school and later entered the University of Wisconsin. Weaver initially intended to train to become an engineer, but he was influenced to move towards applied mathematics and mathematical physics by his teachers, in particular Max Mason and Charles Slichter. Weaver was awarded a B.S. in 1916 and a C.E. in the following year, continuing with doctoral studies. However during the years that he was undertaking research for his doctorate Weaver had other jobs: he was assistant professor of mathematics at Throop Polytechnic Institute in Pasadena, California during 1917-18, today’s Caltech. He also served in the U.S. Air Force from 1917 to 1919. Finally, he received his Ph.D. in 1921. He was appointed to the Mathematics Department at Wisconsin-Madison and progressed to become a full professor. He was chairman of the mathematics department from 1928 to 1932. During this period he collaborated with Mason to write the monograph The electromagnetic field which was published by the University of Chicago Press in 1929.[1]

Weaver was director of the Division of Natural Sciences at the Rockefeller Foundation (1932–55), and was science consultant (1947–51), trustee (1954), and vice president (from 1958) at the Sloan-Kettering Institute for Cancer Research. His chief researches were in the problems of communication in science and in the mathematical theory of probability and statistics. At the Rockefeller Foundation, he was responsible for approving grants for major projects in molecular engineering and genetics, in agriculture, and in medical research.

The Early Years of Machine Translation

Perhaps Weaver is best known for his work as an applied mathematician during World War II. He headed the Applied Mathematics Panel of the Office of Scientific Research and Development from 1943 to 1946, directing the work of mathematicians in operations research with the assistance of Mina Rees. He was familiar with the development of electronic calculating machines and the successful application of mathematical and statistical techniques in cryptography. Weaver had first mentioned the possibility of using digital computers to translate documents between natural human languages in March 1947 in a letter to the cyberneticist Norbert Wiener. In the following two years, he had been urged by his colleagues at the Rockefeller Foundation to elaborate on his ideas. The result was a memorandum, entitled simply “Translation“, which he wrote in July 1949 at Carlsbad, New Mexico. Said to be probably the single most influential publication in the early days of machine translation, it formulated goals and methods before most people had any idea of what computers might be capable of, and was the direct stimulus for the beginnings of research first in the United States and then later, indirectly, throughout the world.

Weaver’s memorandum was designed to suggest more fruitful methods than any simplistic word-for-word approach, which had grave limitations. He put forward four proposals. The first was that the problem of multiple meanings might be tackled by the examination of immediate context. For example, the English word fast has at least two meanings which we can paraphrase as rapid or motionless. If we wish to translate an English text, it is likely that these two senses of fast correspond to different words in the target language, and in order to translate the word correctly one needs to know which sense is intended. Weaver proposed that this problem could be solved by looking at the words that occur in the vicinity of the word to be translated, and he conjectured that the number of context words that would be required is fairly small.

The second proposal in the memorandum was inspired by work on an early type of neural networks by McCulloch and Pitt. Weaver interpreted these results as meaning that given a set of premises, any logical conclusion could be deduced automatically by computer. To the extent that human language has a logical basis, Weaver hypothesized that translation could be addressed as a problem of formal logic, deducing “conclusions” in the target language from “premises” in the source language.

The third proposal was that cryptographic methods were possibly applicable to translation. If we want to translate, say, a Russian text into English, we can take the Russian original as an encrypted version of the English plaintext. Weaver was especially impressed with the potential of Shannon’s classified work on cryptography and Information theory from World War II. When Claude Shannon‘s landmark 1948 articles on communication theory were republished in 1949 as The Mathematical Theory of Communication, the book also republished a much shorter article authored by Weaver, which discusses the implications of Shannon’s more technical work for a general audience. Some ideas are suggested in this paper by Weaver for a broader application of the fundamental principles of communication theory. He suggested that there were three levels of problems in communication:

Finally, the fourth proposal was that there may also be linguistic universals underlying all human languages which could be exploited to make the problem of translation more straightforward. Weaver argued for this position with what is one of the best-known metaphors in the literature of machine translation:

“Think, by analogy, of individuals living in a series of tall closed towers, all erected over a common foundation. When they try to communicate with one another, they shout back and forth, each from his own closed tower. It is difficult to make the sound penetrate even the nearest towers, and communication proceeds very poorly indeed. But, when an individual goes down his tower, he finds himself in a great open basement, common to all the towers. Here he establishes easy and useful communication with the persons who have also descended from their towers”.

Weaver early understood how greatly the tools and techniques of physics and chemistry could advance knowledge of biological processes, and used his position in the Rockefeller Foundation to identify, support, and encourage the young scientists who years later earned Nobel Prizes and other honors for their contributions to genetics or molecular biology.