You are here: Home › botany › Nikolai Vavilov and the Centres of Origin of Cultivated Plants 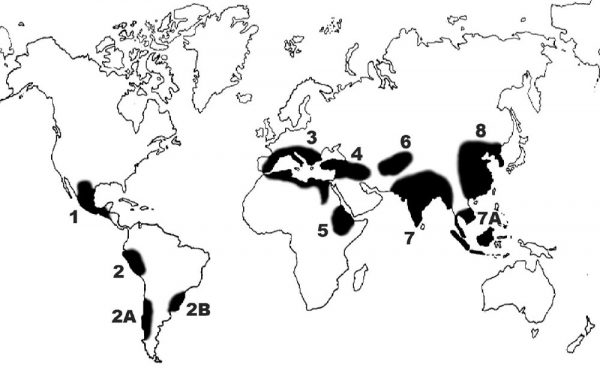 On November 25, 1887, Russian and Soviet botanist and geneticist Nikolai Vavilov was born. Vavilov is best known for having identified the centres of origin of cultivated plants. He devoted his life to the study and improvement of wheat, corn, and other cereal crops that sustain the global population. He established 400 research institutes and made expeditions throughout the world (1916-33), leading Russian plant hunters on the first attempt to “cover the globe” in search of wild plants and primitive cultivators.

Nikolai Vavilov, son of a textile factory manager, studied at the Agricultural Institute in Moscow from 1906 to 1910 and, on study trips to Western European countries, familiarised himself with the latest results in the field of biology. He attended the Moscow Agricultural Institute and graduated in 1910 with a thesis on snails and pests. He then worked at the Bureau for Applied Botany and at the Bureau of Mycology and Phytopathology. During 1913 and 1914 he traveled in Europe and studied plant immunity, in collaboration with the British biologist William Bateson, who helped establish the science of genetics. Vavilov became director of the Lenin All-Union Academy of Agricultural Sciences at Leningrad. in 1924. When Vavilov learned of the work by the Canadian phytopathologist Margaret Newton on wheat stem rust, he intended to hire her. Even though she declined, Newton visited the institute in 1933 and trained 50 students. 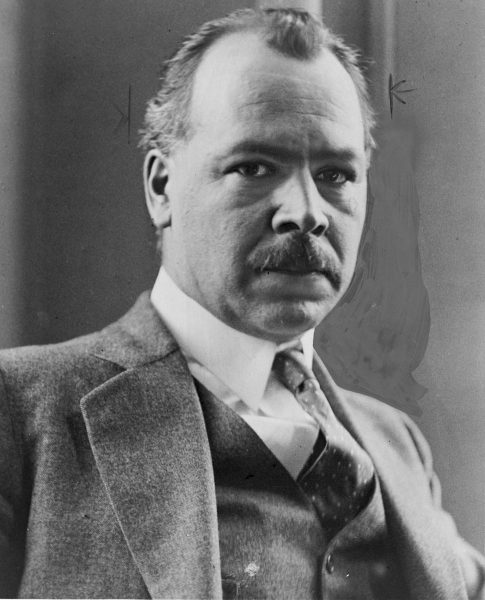 Vavilov’s Theory on the Centres of Origin of Cultivated Plants

When Vavilov developed his theory on the centres of origin of cultivated plants, he organized a series of botanical-agronomic expeditions, and collected seeds from every corner of the globe. He managed to create the world’s largest collection of plant seeds in Leningrad. A Vavilov Center of Diversity defines as an original center for the domestication of plants. Vavilov stated that plants were not domesticated somewhere in the world at random but there are regions where the domestication started. The center of origin is also considered the center of diversity.

The Law of Homologous Series in Variation and Death

Vavilov further formulated the law of homologous series in variation. He was a member of the USSR Central Executive Committee, President of All-Union Geographical Society and a recipient of the Lenin Prize. Vavilov became acquainted with Trofim Lysenko and supported his work. However, he was later under pressure from the Soviet State that Vavilov began to criticize the non-Mendelian concepts of Trofim Lysenko, who won the support of Joseph Stalin. On August 6, 1940, Vavilov was arrested, removed from office, and sentenced to death on July 19, 1941 as part of the political repression in the Stalin Soviet Union that continued even after the formal end of the “Great Terror” on November 17, 1938, as a leading member of the “Labouring Peasant Party” invented by the NKWD.. On October 2, he was transferred from Butyrka Prison to Lubyanka Internal Prison, pardoned on June 23, 1942 for twenty years of imprisonment, and transferred to Saratov on October 29, 1942. He died on 26 January 1943 at the age of 55 in Saratov prison, probably from hunger.

The plant seeds, which Vavilov himself collected on extensive research trips, became the basis of the gene bank in Saint Petersburg, which is named after him today. This Vavilov Institute has the largest collection of genetic resources of cultivated plants in the world today. Nikolai Vavilov’s seedbank was preserved throughout the 28-month Siege of Leningrad. The Soviets had ordered the evacuation of art from the Hermitage, but had not evacuated the 250,000 samples of seeds, roots, and fruits stored in what was then the world’s largest seedbank. A group of scientists at the institute boxed up a cross section of seeds, moved them to the basement, and took shifts protecting them. Those guarding the seedbank refused to eat its contents, even though by the end of the siege in the spring of 1944, nine of them had died of starvation. In 1943, parts of his collection was seized by a German unit. Many of the samples were transferred to the SS Institute for Plant Genetics, which had been established at the Lannach Castle near Graz, Austria.

Vavilov was probably one of the most important biologists in the world between the two world wars. He was repeatedly elected chairman of international congresses. He was a member of numerous scientific societies and academies, since 1925 also a member of the Academy of Natural Scientists Leopoldina zu Halle (Saale). From 1931 to 1940 he was president of the Geographical Society of the USSR. In 1926 he received the Lenin Prize as the highest award of his country. In 1955 the verdict against Vavilov was reversed posthumously. In the 1960s his reputation in the Soviet Union was officially restored and he was regarded as the hero of Soviet scientists.