You are here: Home › broadcasting › Walter Bruch and the PAL Color Television System 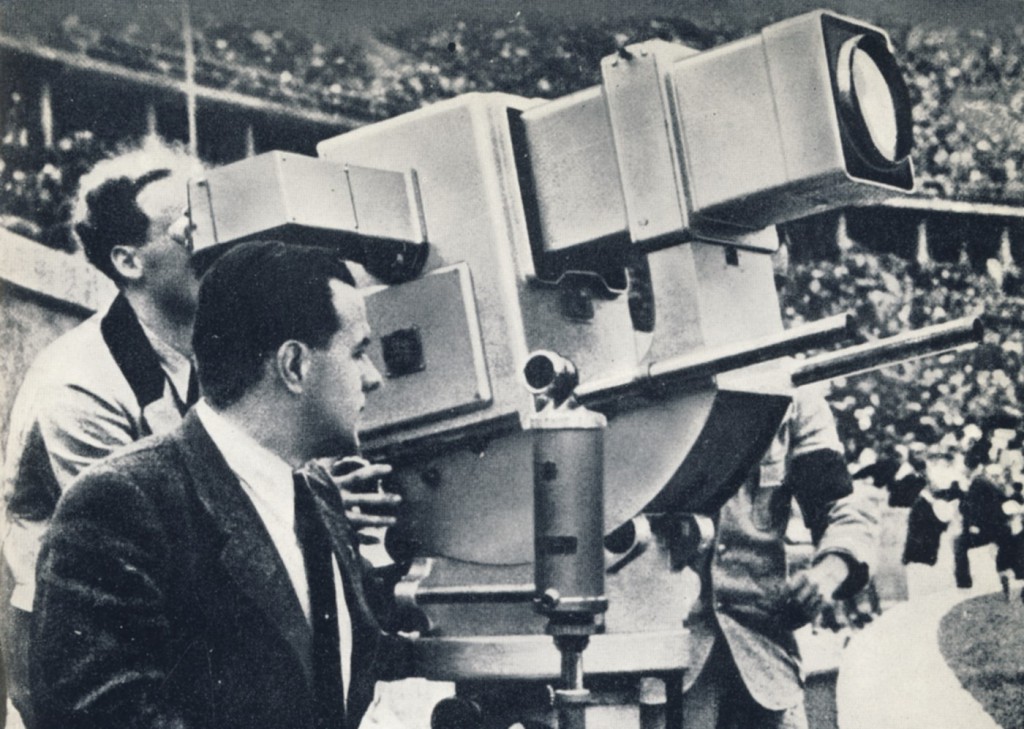 The „Olympia-Kanone“ (Olympic-Cannon) television camera at the 1936 Summer Olympics in Berlin, operated by Walter Bruch.

On March 2, 1908, German electrical engineer and pioneer of German Television Walter Bruch was born. From the early 1930s Bruch was involved in the development of television technology. He is best known for the invention of the PAL color television system at Telefunken in the early 1960s.

Walter Bruch was born in Neustadt an der Weinstraße, German Empire. At his father’s request he attended a business school, but then trained as a machinist apprenticeship in a shoe factory. From 1928 he attended the university of applied science Hochschule Mittweida in Saxony. Already in 1925 as a schoolboy, Walter Bruch was fascinated by theoretical publications on television. These publications motivated him to start his own experiments to receive mechanically-scanned television transmissions broadcast from Berlin-Witzleben in 1929. After that, he was a guest student at the Technical University of Berlin, where he met Manfred von Ardenne and the Hungarian inventor Dénes von Mihály.

The Development of Television Technology

From the early 1930s, Bruch was involved in the development of television technology. In 1933 he presented a “people’s television receiver” with a self-built telecine. In 1935 he started work as a technician in the Television and Physics research Department of Telefunken headed by Fritz Schröter. It was also at Telefunken, where Emil Mechau developed a special television camera for the 1936 Summer Olympics, which should became a milestone for audiovisual technology. There, Bruch was able to participate in the field test the first Iconoscope camera.

In 1937 Bruch received the commission to establish the first all-electronic TV studio in Germany[2] and at the Paris International Exposition, he introduced an iconoscope television unit that he had designed. During World War II he operated a closed-circuit television system installed at the secret military rocket test site Peenemünde used to control the A4 (V2) rocket launches from a safe distance from a bunker.[3] He also worked on TV transmission systems for planes and radar technology using the glass delay line patented by Telefunken in 1940 and used in the “Rehbock” distance control unit.[1]

In 1950 Telefunken commissioned him to develop the first post-war television receivers. Some time later, he returned to physics research and later color television. He studied and thoroughly tested the American NTSC system and what would later become the French SECAM system. His work led him and his co-workers to devise a new color television system that automatically corrected for the differential phase distortion that can occur along the transmission channel. 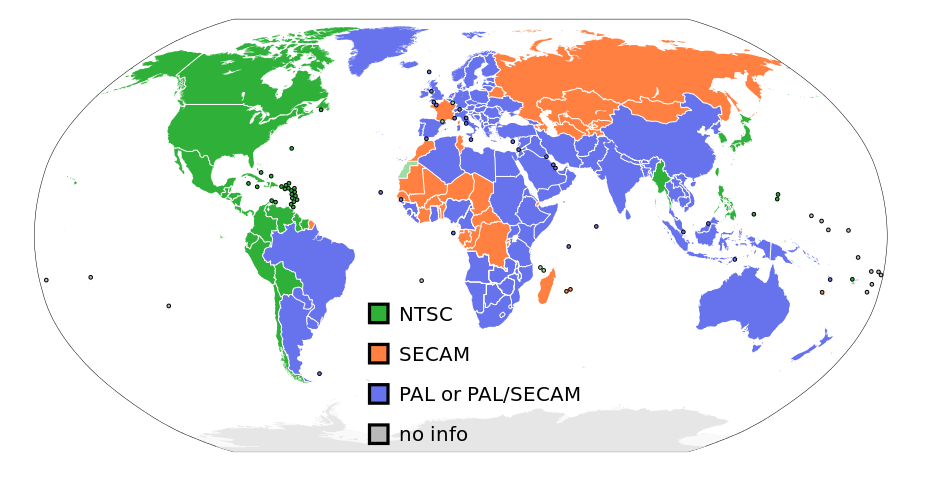 Television encoding systems by nation; countries now using (and once using) the PAL system are shown in blue.

On 3 January 1963 Bruch gave the first public presentation of the Phase Alternation Line System (PAL) to a group of experts from the European Broadcasting Union in Hannover. This is considered to be the date of birth of the PAL-Telefunken system, which was later adopted by more than 100 countries. The PAL system uses a 4:3 aspect ratio for the transmission of color pictures at 625 lines per frame. The picture is drawn in two passes, in the so-called half-frame process. The phase of the color carrier of a color difference signal is reversed by 180 degrees from line to line. In addition, the PAL system also allows the simultaneous transmission of audio channels, supporting stereo sound as well as a language choice. It automatically corrects color errors and maintains a very impressive degree of color fidelity.[2]

In the Federal Republic of Germany PAL color television was officially introduced on 25 August 1967, when German Chancellor Willy Brandt pushed the button at the IFA in Berlin. Walter Bruch maintained a position as an honorary lecturer at Hannover Technical University and retired in 1974. However, he kept being active and engaged in standardization bodies. Walter Bruch died on May 5, 1990 in Hannover at age 82.