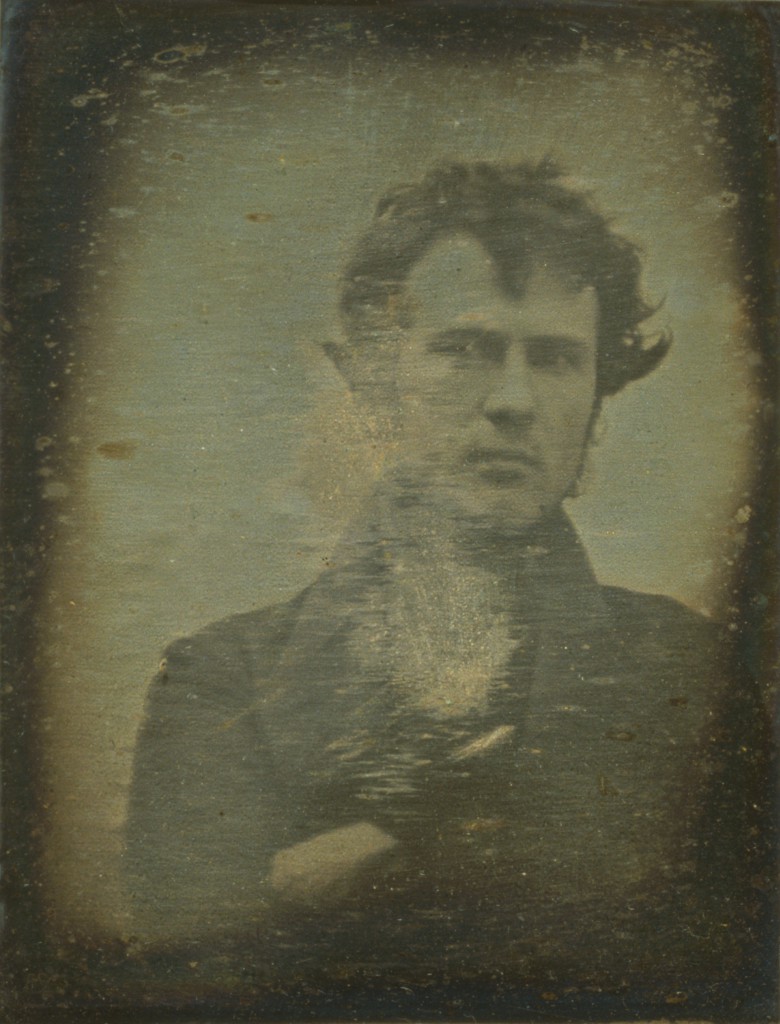 On March 1, 1809, American photographic pioneer and business man Robert Cornelius was born. He is credited of making the very first selfie in the U.S. With his own knowledge of chemistry and metallurgy, Cornelius attempted to perfect the daguerreotype.

“I to myself am dearer than a friend.”
– William Shakespeare, The Two Gentlemen of Verona (1590s)

As we all know, ‘selfies’ have become really popular in the past years. There is even this project called selfiecity, “investigating the style of selfies in five cities across the world” with some pretty detailed infos and statistics. The term ‘selfie‘ has probably been introduced in 2002, but the first ever self-portrait has been taken in 1838 or 1839 (the sources differ) by Robert Cornelius.

Robert Cornelius and the Early Days of Photography

Robert Cornelius was sent to a private school as a boy and it is believed that his interest in chemistry evolved in that period. He started working for his father in 1831, he was a manufacturer of lamps and chandeliers. Cornelius specialized in silver plating and metal polishing. He was approached by Joseph Saxton for the silver plate required for his daguerreotype. Robert Cornelius then also took his interest in the procedure. [1] 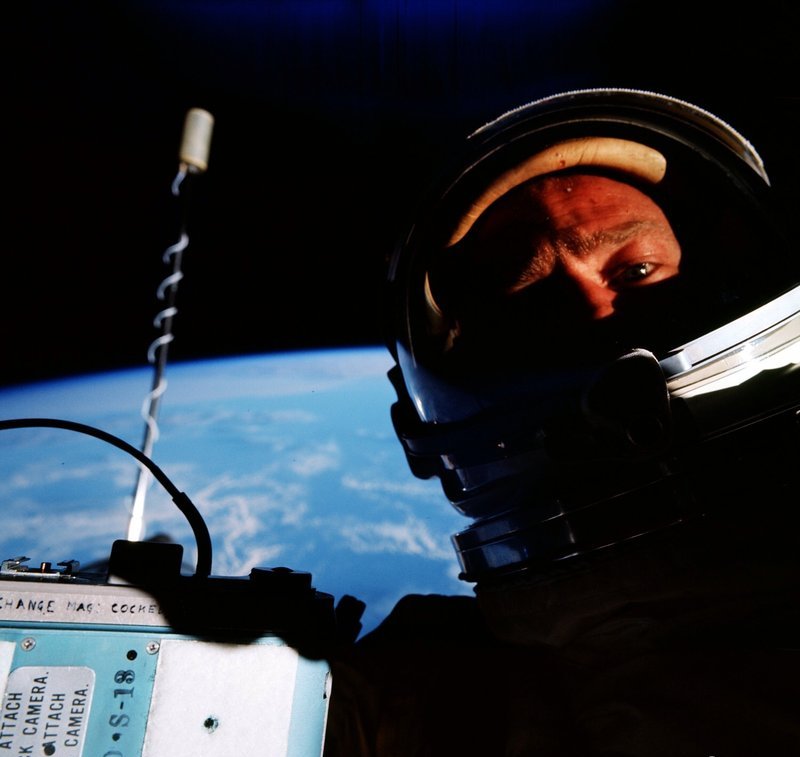 “A gentleman is one who understands and shows every mark of deference to the claims of self-love in others, and exacts it in return from them.”
– William Hazlitt, Table Talk, On the Look of a Gentleman.

Today, taking selfies is easy, especially with the (in my mind) ridiculous ‘selfie sticks’ which now appear en masse in tourist areas across the world. Robert Cornelius however, had to stand still for about five minutes when he took his picture. He soon opened one of the first photographic studios ever, specializing in portraits. Unfortunately, only a few of his images survived, because Cornelius soon returned to his father’s successful business. [2]

Cornelius Work as a Photographer

Also, Cornelius did not really make much of his achievements in the field of ‘photography‘. In 1893, shortly before his death, he told a friend of some portraits he took. Julius Sachse, back then a noted Philadelphia photographer himself, and future editor the American Journal of Photography, showed interest in Cornelius’ work. However, no evidence of these images had been found until 1975, when a librarian at the American Philosophical Society found a photograph taken by Cornelius. It is believed that some 30 daguerreotypes by Cornelius survived. Most of them picture Philadelphia notables, but there are also some of Robert Cornelius himself and Martin Hans Boye from 1843, showing them performing chemical experiments. [1] 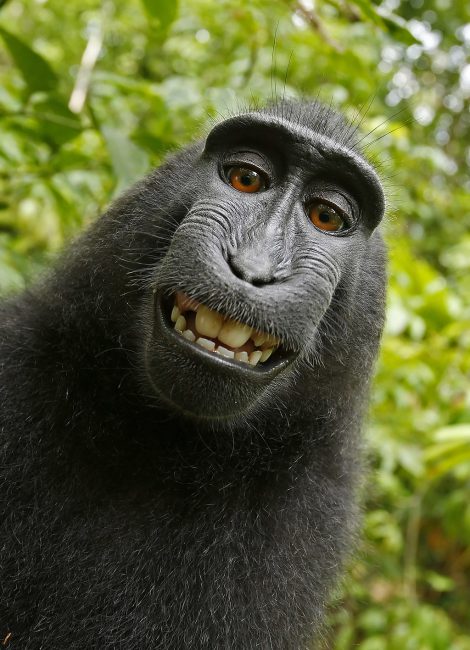 Selfie of a Crested Monkey (Macaca nigra) in North Sulawesi (Indonesia), a macaque species that has pointed the camera of the photographer David Slater at itself and activated the trigger.

“Self-correction begins with self-knowledge.”
– Baltasar Gracián. In maxim 69, The Art of Worldly Wisdom (1647)

Several years later, in 1914, the first known selfie taken by a teenager appeared. It was probably sent to a friend by the Russian Grand Duchess Anastasia Nikolaevna  at the age of 13. During the 1970s, photographic self-portraiture flourished when affordable instant cameras birthed a new medium of self-expression, capturing uncharacteristically personal insight into otherwise conservative individuals and allowing amateurs to learn photography with immediate results. The earliest use of the word “Selfie” on the Internet can be proven for the year 2002. It first appeared in an Australian Internet forum (ABC Online) on 13 September 2002 and is therefore of Australian origin in this context. Other neologisms are “Drelfie”, photos of themselves drunk, and “Nudies”, i.e. nude selffies. Selfies are especially popular with teenagers, but also with adults.Now, selfies are so popular, that the term was even announced as the “word of the year” by the Oxford English Dictionary in 2013. 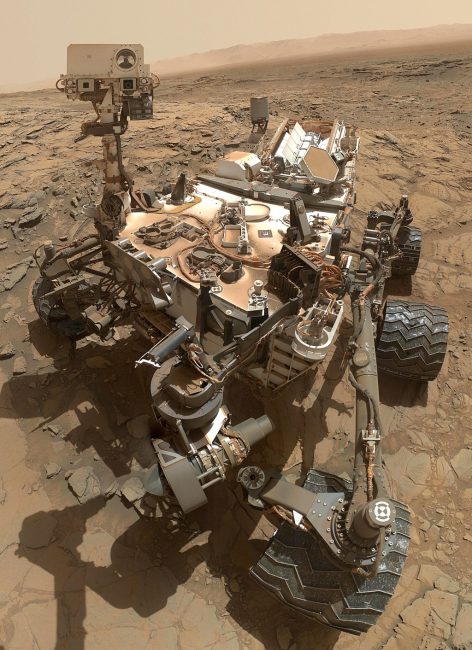