You are here: Home › geography › John Murray and the Oceanography 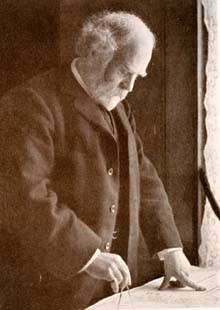 On March 3, 1841, pioneering Scottish oceanographer, marine biologist and limnologist Sir John Murray was born. As one of its founders, coined the name oceanography. He studied ocean basins, deep-sea deposits, and coral-reef formation. As a marine scientist, he took part in the Challenger Expedition (1872–76), the first major oceanographic expedition of the world.

John Murray was born in Coburg, Ontario as the second son of Elizabeth Macfarlane and Robert Murray, an accountant and Scottish emigrant. He left Canada at the age of 17, and attended Edinburgh University after finishing High School in 1864. Murray intended to study medicine, but never graduated. Instead he joined a whaler as a surgeon during a seven month journey to the Arctic in 1868. After his return, Murray began to study geology and zoology. He started working with Peter Guthrie Tait, Professor of Natural Philosophy, who then recommended the young scientist to Wyville Thomson, back then Professor of Natural History at the University of Edinburgh. [1]

From 1872 to 1876, John Murray was part of the Challenger Expedition, which he joined as a naturalist. The expedition was prompted by Charles Wyville Thomson and the  Royal Society of London.[9] The crew sailed from Portsmouth, England and traveled about 70.000 nautical miles. As a result, the ‘Report Of The Scientific Results of the Exploring Voyage of H.M.S. Challenger during the years 1873-76‘ was published. It cataloged more than 4.000 species that were previously unknown. John Murray supervised the publication and described it as ‘the greatest advance in the knowledge of our planet since the celebrated discoveries of the fifteenth and sixteenth centuries‘. [1,2]

Fortunately, John Murray was, due to his participation in the Challenger Expedition, forwarded collections from expeditions sent out from Norway, Italy, France, Germany and the United States. In 1883, Murray set up the Edinburgh Marine Laboratory at Granton, which was the first of its kind in Britain. In 1894, the laboratory was moved to Millport and became the Scottish Marine Station for work in the Clyde Sea area. The laboratory is known as the forerunner of the Scottish Marine Biological Association (SMBA) and the Scottish Association for Marine Science (SAMS). [2] 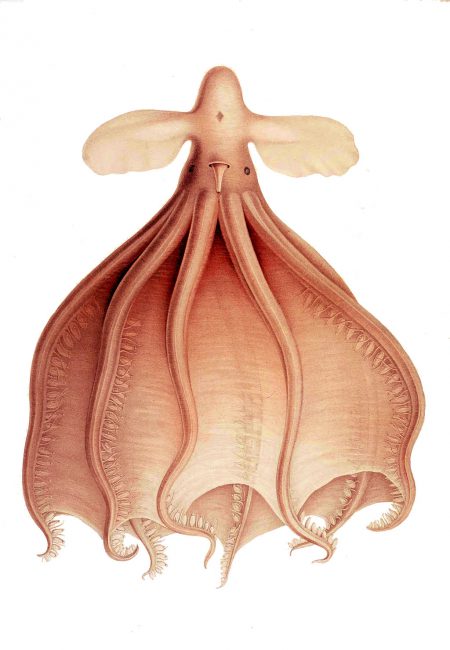 For coining the term ‘oceanography‘, his advances in the field, and the dominance, the University of Edinburgh had retained through Murray in the field, he has widely been credited as the founder of modern oceanography. To his contributions to oceanography belongs the study of ocean depths from the Challenger Expedition. He made important attempts to construct from temperature and salinity observations a qualitative theory of water movement in the world’s oceans and worked on the mapping of the marine deposits of the world’s oceans. He was the first to note the existence of the Mid-Atlantic Ridge and of oceanic trenches. He also noted the presence of deposits derived from the Saharan desert in deep ocean sediments and published a vast number of papers on his findings.

Further, John Murray investigated and experimented on the dissolution of calcium carbonate. He was the first who identified the carbonate compensation depth in oceans. In 1905, he published in a series of volumes the definitive work on freshwater Scottish lochs, which involved their hydrography, bathymetry and sedimentology. [2]

Murray lived at Challenger Lodge (renamed after his expedition) on Boswall Road in Trinity, Edinburgh with commanding views over the Firth of Forth. He was killed when his car overturned ten miles west of his home on 16 March 1914 at Kirkliston near Edinburgh at age 73.