You are here: Home › chemistry › Victor Moritz Goldschmidt and the Origins of Geochemistry 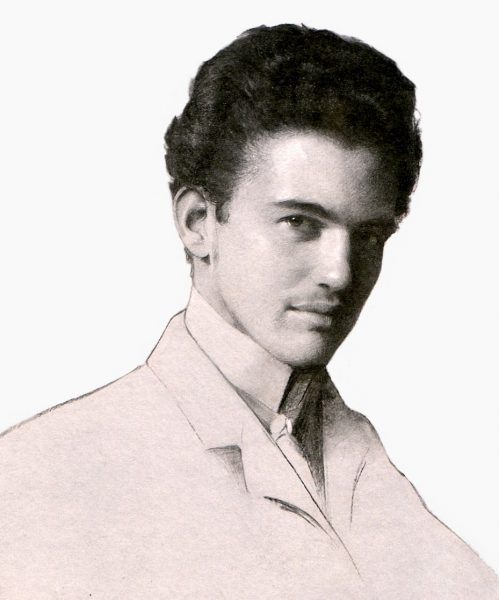 On January 27, 1888, Swiss-Norwegian geochemist, mineralogist and petrologist Victor Moritz Goldschmidt was born. Goldschmidt is considered (together with Vladimir Vernadsky) to be the founder of modern geochemistry and crystal chemistry, as well as the developer of the Goldschmidt Classification of elements.

“Every beginning is hard. At most stopping is sometimes even harder.”
– Victor Moritz Goldschmidt, as quoted in [9]

Goldschmidt was born in Zürich, Switzerland, into a family of Jewish parents, Heinrich Jacob Goldschmidt, a distinguished physical chemist, who held professorships at Amsterdam, Heidelberg, and Oslo, and Amelie Koehne. Having moved with his family to Kristiania (now Oslo) in 1900, Goldschmidt matriculated in 1905 at the University of Christiania (now Oslo) to study chemistry, mineralogy, and geology and became a pupil of the noted Norwegian petrologist and mineralogist, Waldemar C. Brøgger. At the age of 23, Goldschmidt received his doctorate in 1911 with the thesis “Die Kontaktmetamorphose im Kristianiagebiet” (The contact metamorphism around Kristiania) which addressed the factors governing the mineral associations in contactmetamorphic rocks and was based upon samples collected in southern Norway. In 1912 Goldschmidt got the most distinguished Norwegian scientific award (the Fridtjof Nansen award). The same year he was made Docent (Associate Professor) of Mineralogy and Petrography at the University of Oslo (known at that time as “Det Kongelige Frederiks Universitet”). Following two years as an instructor at the University of Christiania, in 1914 he was appointed full professor and director of its mineralogical institute.[2]

Geochemical Laws of Distribution of the Elements

A series of publications under the title Geochemische Verteilungsgesetze der Elemente (Geochemical Laws of Distribution of the Elements) is usually referred to as the start of geochemistry, the science that describes the distribution of the chemical elements in nature. It was in this book that he coined the term lanthanide contraction. The base for this geochemical work evolved from extensive crystallographic studies in the Oslo laboratory made by means of the newly developed X-ray techniques which utilized the discoveries of Max von Laue, W. H. Bragg,[4] and W. L. Bragg. Goldschmidt and his associates worked out the crystal structures of 200 compounds of 75 elements to form the background for the elucidation of the laws of geochemical distribution. He was able to produce the first tables of atomic and ionic radii for many of the elements, and he investigated the substitution of one element for another in crystals and established patterns of elemental behavior in such processes.[2]

In 1929 Goldschmidt was called to the chair of mineralogy at the Faculty of Natural Sciences in Göttingen. There he initiated geochemical investigations on germanium, gallium, scandium, beryllium, the noble metals, boron, the alkali metals, selenium, arsenic, chromium, nickel, and zinc. However, he had to leave this position a few years after the Nazis came to power, and he returned to Oslo in 1935. There he collated his data on cosmic and terrestrial distributions of chemical elements and entered into isotopic geology by considering the significances of the isotopic compositions of elements in minerals.[2] Goldschmidt also made some attempts to consider the factors controlling the composition of sea water and the distribution of sediments although this work has no major relevance today.[3]

In 1942, Goldschmidt was arrested at the orders of the German occupying powers as part of the persecution of Jews in Norway during World War II. However, as he was on the pier and about to be deported to Auschwitz, when he was held back in Norway on the condition that he lend his scientific expertise to help German authorities. Goldschmidt later fled to Sweden and went on to England. There he worked first for the Macaulay Institute for Soil Research, Aberdeen, and then for the Rothamsted Experimental Station, Harpenden. After the war he returned to Oslo. In 1947 he died at the age of 59 from complications of a leg operation in Oslo.

Goldschmidt was created a Knight of the Order of St. Olav in 1929. While at the Macaulay Institute, Goldschmidt was elected a Foreign Member of the Royal Society, given an honorary Doctor of Laws (LLD) by the University of Aberdeen and awarded the Wollaston Medal, the highest honor of the Geological Society of London. He researched the laws that determine the distribution of the elements in the earth’s body. The Goldschmidt diagram, named after him, shows the frequency of the chemical elements on earth as a function of their relative atomic mass. Goldschmidt coined the term “silicate shell” for the rock mantle. Victor Moritz Goldschmidt, along with Vladimir Vernadsky,[5] is regarded as the founder of modern geochemistry and crystal chemistry. From his systematic investigations of element abundances in meteorites, the first list of extrapolated element abundances in the cosmos emerged.