On February 1, 1888, English archaeologist Gertrude Caton Thompson was born. Thompson was an influential archaeologist at a time when participation by women in the discipline was rather uncommon working primarily in Egypt. She was able to distinguish two prehistoric cultures in the Al-Fayyum depression of Upper Egypt, the older dating to about 5000 BC and the younger to about 4500 BC.

Gertrude Thompson traveled to Egypt with her mother in 1911. The same year she became active in the women’s suffrage movement, becoming a joint secretary for the London Branch, and she had been enthralled by a lecture course on Ancient Greece, given by Sarah Paterson at the British Museum. In 1914 she joined the war effort – a period which marked the turning point in her life.[6] Her interest in archaeology was sparked and thanks to an inheritance received in 1912, Thompson was granted financial independency. Sarah Paterson’s “compelling” lectures had led Gertrude to read further back into prehistory. Her opportunity to put this fledging interest into practice came in 1915 – while on a holiday in Menton in the south of France, she volunteered as a “bottle washer” at a Palaeolithic site being excavated at Rochers Rouges.[6]

She studied at the University College London and was taught by Margaret Murray, Flinders Petrie [1] and Dorothea Bate. In 1921, Gertrude Thompson performed excavations in Upper Egypt and one year later she attended courses Newnham College, Cambridge, before joining further excavations in Egypt with Petrie and Guy Brunton. 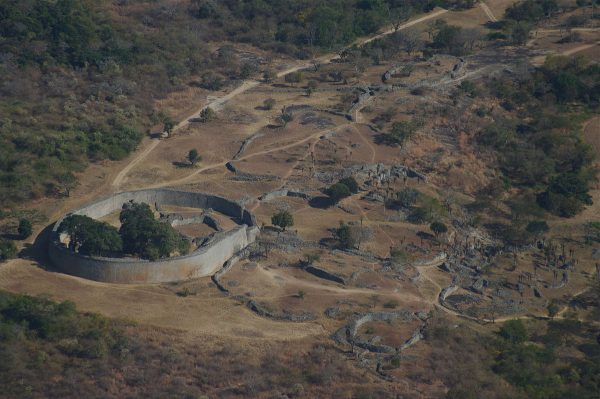 Gertrude Caton Thompson worked as an archaeologist, primarily in Egypt for the British School of Archaeology Egypt during the 1920s. In that period Caton Thompson also conducted fieldwork in Malta. During her time in Egypt, the archaeologist took part in excavations at Abydos, Badari, and Qau el Kebir. At the Badari region, Thompson excavated in arbitrary six-inch levels and recorded the exact position of each artefact. This kind of excavation method was novel and set Caton Thompson apart from her contemporaries.

From Palaeolithic to Predynastic Egypt

Around 1925, Caton Thompson and the geologist Elinor Wight Gardner started their first archaeological survey of the northern Faiyum. There, the scientists sought to correlate ancient lake levels with archaeological stratification. Gertrude Caton Thompson was especially interested in discovering Prehistoric Egypt and became one of the first archaeologists to look at the full-time spectrum from the Palaeolithic through to Predynastic Egypt.

During the late 1920s, Gertrude Caton Thompson was invited by the British Academy to start investigating the origins of ruins in southeastern Zimbabwe near Lake Mutirikwe. Even though James Theodore Bent and David Randall-MacIver had already excavated Great Zimbabwe, there was a big discussions regarding the question whether the site was the work of Africans or of another civilisation. As a result of her work on the area, Thompson concluded that Zimbabwe was the product of a “native civilisation”. This conclusion was received quite negatively in the contemporary archaeological community. Today’s archaeologists agree that the city was the product of a Shona-speaking African civilisation.

When she and the Navarros retired from academic life in 1956, Caton Thompson moved with them to their home in Broadway, Worcestershire – Court Farm. She would reside with them and their son, Michael for the rest of her life. Gertrude Caton Thompson died in 1985, at age 97.

Emily Tether, Before the Pyramids: The Origins of Egyptian Civilization, [8]