You are here: Home › geology › Vladimir Vernadsky and the Biosphere 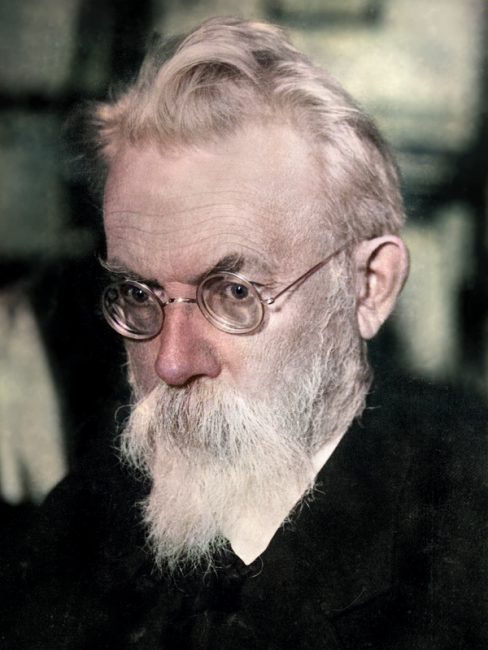 On March 12 (February 28 according to the old calendar), 1863, Ukrainian and Soviet mineralogist and geochemist Vladimir Ivanovich Vernadsky was born. He is considered one of the founders of geochemistry, biogeochemistry, and of radiogeology. He is most noted for his 1926 book “The Biosphere” in which he popularized the hypothesis that life is the geological force that shapes the Earth.

“An organism is involved with the environment to which it is not only adapted but which is adapted to it as well.”
— Vladimir Ivanovich Vernadsky, as quoted in [7]

Vladimir Ivanovich Vernadsky was born on March 12, 1863 in Saint Petersburg, Russia. His father was a professor at the Moscow University and he taught economics. Also, his father was editor of the journal ‘Economic Index‘. It is believed that his interest in science, especially natural science, evolved during his time attending a grammar school in Saint Petersburg. Vernadsky earned his degree from Saint Petersburg University’s Department of Natural, Physical and Mathematical Faculty. Vernadsky then decided to specialize in mineralogy due to the great potential he saw in the field. He trained under the famous Russian geologist V.V. Dokuchaev, who is credited with laying the foundations of soil science. [1]

While thinking of a topic for his doctorate studies, Vernadsky traveled to Naples and began to study with Arcangelo Scacchi, the Italian mineralogist and discoverer of Dimorphite. However, it is believed that Vernadsky did not have the feeling to learn enough from Scacchi so he continued his journey to Germany in order to study with Paul Groth. Groth developed a tool which helped him to analyze the thermal, optical, electrical and magnetic properties of crystals and Vernadsky is believed to have enjoyed learning using modern machinery. Vernadsky was also allowed to use Professor Zonke’s physics lab, who was another expert in the field of crystallization. [1]

Vladimir Vernadsky presented a report on the ‘Paragenesis of Chemical Elements in the Earth’s Crust‘ at the Congress of Medics and Natural Scientists. In his study, Vernadsky is believed to have laid the foundation for what became later known an geochemistry. He suggested to use radioactive phenomenon in studying the history of chemical elements and in seeing the genetic relationships between these elements. Vernadsky managed to establish the Radium Commission in 1909 and he developed the theory that radioactive substances are are major sources of energy. The result would be the fact that these substances could also be used in creating new chemical elements. Vernadsky started by collecting rock samples and mapping where deposits of radioactive substances can be found in great detail. The first known geochemical laboratory was established in Saint Petersburg around 1910 and the mineralogist and geochemist managed to make the concept of the noosphere more familiar. Also, Vladimir Vernadsky was able to contribute to the idea of the biosphere and developed the meaning that has largely been recognized by today’s scientific community, even though the actual term ‘biosphere‘ was coined by the Austrian geologist Eduard Suess in 1911. [1,2] 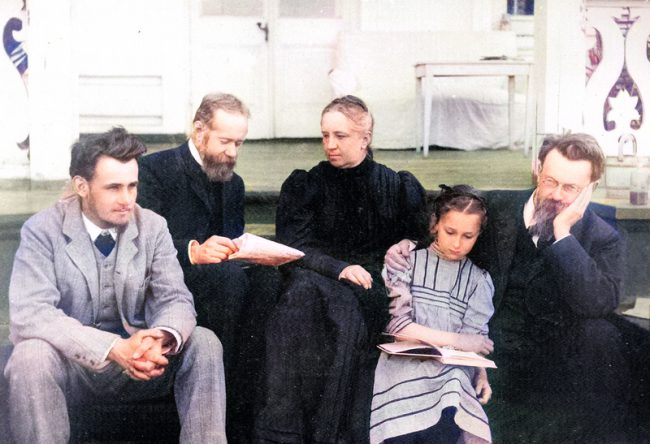 “Thought isn’t a form of energy. So how on Earth can it change material processes? That question has still not been answered.”
— Vladimir Ivanovich Vernadsky, as quoted in [8]

Vladimir Vernadsky developed the theory that the noosphere is the third stage in the earth’s development, after the geosphere and the biosphere, defined as biological life. In this theory, the principles of both, life and cognition, are essential features of the Earth’s evolution, and must have been implicit in the earth all along. This systemic and geological analysis of living systems complements Charles Darwin’s theory of natural selection. [5] Vernadsky’s visionary pronouncements were not widely accepted in the West. However, he was one of the first scientists to recognize that the oxygen, nitrogen and carbon dioxide in the Earth’s atmosphere result from biological processes. During the 1920s he published works arguing that living organisms could reshape the planets as surely as any physical force. [1,2,3]