You are here: Home › engineering › Vauban or the Art of Fortress Construction 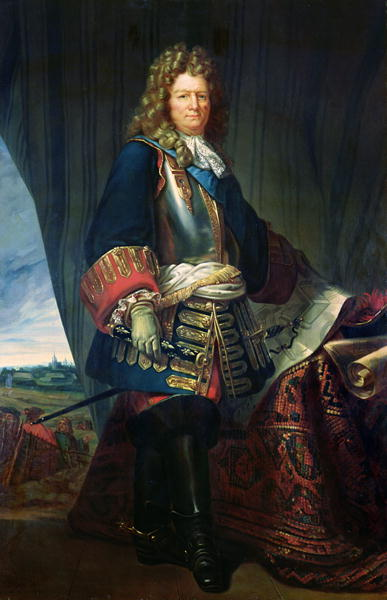 On May 1 (or May 4), 1633, French military engineer Sébastien Le Prestre de Vauban was born. Considered the expert in his field, rivaled only by his Dutch contemporary, Menno van Coehoorn, his design principles served as the dominant model of fortification for nearly 100 years, while his offensive tactics remained in use until the early twentieth century. He made a number of innovations in the use of siege artillery and founded the Corps royal des ingénieurs militaires, originator of combat engineering units in the French military.

Sébastien le Prestre came from a modest Burgundian landed gentry. His great-grandfather Emery le Prestre had acquired the village and the dominion of Vauban, after which Sébastien le Prestre later called himself Marquis de Vauban. The Le Prestres acted as notaries and were active in agriculture and forestry. At the age of just under 18, he joined the regiment of Prince Condé as a cadet, who was a cousin of Louis XIV and one of the leading heads of the front-line opposition of the French nobility to the Crown. It was here that Vauban made his first experiences in fortress construction. He was captured in 1653. Cardinal Mazarin convinced the talented and promising young engineer soldier to join the royal army, where he rose to the highest positions.

In the King’s Service

In 1654, he became assistant to Marshal Louis Nicolas de Clerville, who was the forerunner of Vauban as supervisor over the fortifications. In the same year he was wounded during the siege of Stenay. In 1655 Vauban was appointed Ingénieur ordinaire du roi. In 1656, after defending the Saint-Gillain fortress, he became captain of Mons Capitaine and company commander under Marshal De la Ferté, and in 1657 he led a siege (Montmédy) for the first time. The subsequent sieges of Gravelines, Ypres and Oudenaarde led by him contributed to the conclusion of the Pyrenean peace with Spain in 1659, which was advantageous for France. In the following period he was entrusted with diplomatic missions and, on Colbert‘s recommendation,[6] with the fortification of Alt-Breisach on the Rhine. In this context he was accused of enrichment and embezzlement, but was acquitted in 1671. In 1665 he received his own company in the prestigious Régiment de Picardie, a post which at that time had a high financial value, both through annual income and through the possible sale of the post.

The ‘siege parallel’; three parallel trenches, linked by communication lines. The first trench is out of range of the defenders and can withstand an assault from the rear, the third brings the assault troops to the foot of the glacis; redoubts protect the ends of each.

The Fortress of Lille

In the Devolution War from 1667 Vauban successfully besieged Tournai, Douai and Lille, which led to the conclusion of the Peace of Aachen in 1668. Vauban was entrusted with the construction of Lille as a fortress and effectively replaced the Marshal de Clerville as chief supervisor of the fortifications. The fortress of Lille became Vauban’s first major fortification project and is considered his first masterpiece in this field. He chose a geometric structure in the form of a regular pentagon, and the work was carried out from 1667 to 1671. Vauban became governor of Lille. From 1668, Dunkirk was also developed into an important military port.

The Fortification of France

During the siege of Maastricht in 1673, he used the technique of parallels for the first time, which he adopted from the Turks during the siege of Candia on Crete. The city fell after 13 days. In 1676 Vauban became the Maréchal de camp and in 1678 officially the Commissaire Général des Fortifications. In the same year, the war ended with the Peace of Nijmegen. Vauban was now strongly involved in the fortification of France at all national borders. In 1684 he led the siege of the fortress of Luxembourg, and after that he was also commissioned with the extensive project of a new water supply for Versailles Castle, for which an 80 km long aqueduct was built against his advice, but which was never completed due to financial reasons and the burdens of new outbreaks of war. Further projects were the first lighthouses of France 1683 to 1700 in Brittany and extensive canal projects. In 1688 he became Lieutenant General. 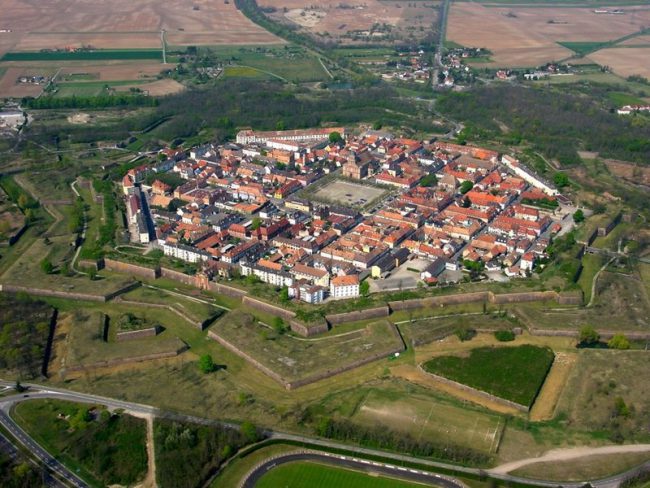 Neuf-Brisach, a product of Vauban’s third system, where civilian buildings formed part of the defence system

During the nine-year war, Vauban led the sieges of Mons and Namur. He reached the highest possible rank in the royal army after the beginning of the War of the Spanish Succession, when he was raised to Maréchal de France in 1703 after the reconquest of Alt-Breisach – the last siege in which the 70-year-old actively participated. This was first and foremost a recognition of his merits and was seen as such by Vauban, who had hoped for it for a long time.

Vauban suffered increasingly from illnesses, especially severe bronchitis, which had plagued him for a long time and forced him to take a whole year off at his castle in 1690. In 1705, he was accepted as a knight in the exclusive Royal Order of Saint-Esprit. One year later and at the king’s request, he went back to the field in northern France and Belgium to stop the front from collapsing after the defeat of Ramiliès. Sébastien Le Prestre de Vauban died on March 30, 1707, at age 73.