You are here: Home › history › The Universal Product Code (UPC) 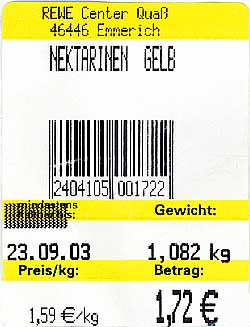 On June 26, 1974, the Universal Product Code barcode was introduced to the public. A supermarket in Troy, Ohio scanned the first product, which was a pack of Wrigley‘s gum.

The first impulse to creating barcodes was made by Bernard Silver and Norman Joseph Woodland. A food chain store owner turned to the Drexel Institute of Technology, which the two graduate students were attending. He asked for a system to automatically read product information at the checkout. The student’s first research attempts resulted in ultraviolet sensitive ink, but this method was too expensive and did not last long. Further approaches were inspired by the Morse code.[4] As Silver later explained, he “…just extended the dots and dashes downwards and made narrow lines and wide lines out of them.“. Then he decided set them up as circles instead of lines for an easier scanning. They could file their patent in 1949 and sold it to Philco later on.

However, the first linear barcode was created by David Collins, back then working at ‘GTE Sylvania’. He researched on a method to identify railroad cars automatically and developed a system called ‘KarTrak’. It could read bars of different colors and identify their position. Collins’ technique required much improvement, but the market was in desperate need of something like this. Collins did not miss this chance and founded the company ‘Computer Identics Corporation’, which was focused on barcode only. 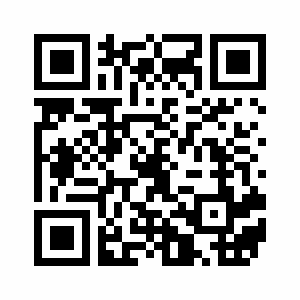 The development of barcodes constantly continued and finally the Universal Product Code (UPC) was introduced to the United States in 1974, at first only on a random basis. For Europe, the International Article Number (EAN) was created later on.Today, barcodes are an essential part of our civilization in almost any thinkable field. Throughout the years, many different kinds of barcodes have established. We now have to differ between linear, one dimensional and two dimensional, matrix barcodes. One of the widely known and often used matrix barcodes is the QR-Code. Lately the QR-Code has become very popular, because of its advantage of having a larger storage capacity in comparison to the UPC.

Not everyone enjoys the usefulness of barcodes and even conspiracy theories dealing with the codes have developed. Some theorists claim that barcodes where just made up by the government to control the population. Mary Stewart Relfe for example argues, that barcodes encode the number 666 – in sense of the Bible, the ‘Number of the Beast’. The “oracle” Sollog refuses labeling his books with barcodes. In his belief, “any type of computer numbering systems MANDATED by any government or business is part of the PROPHECY of the BEAST controlling you.“