You are here: Home › psychology › The Undiscovered Self – C. G. Jung and Analytical Psychology 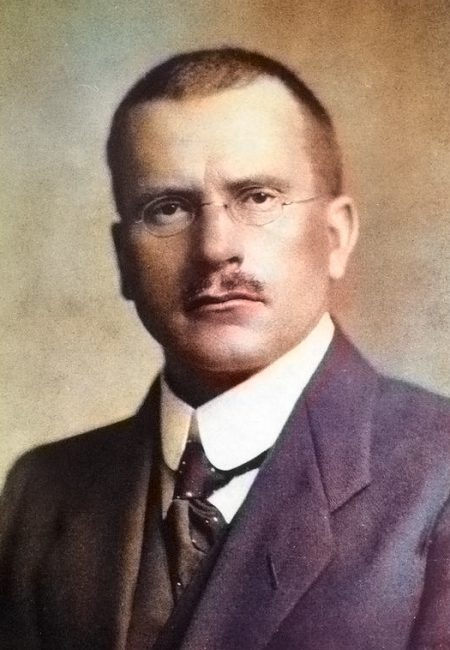 What is the driving force behind our motivations and ambitions? Is it pure reasoning? Hardly, as famous psychiatrist Carl Gustav Jung would argue. Moreover its the unconscious buried deep below the surface of our daily self that is responsible. Carl Gustav Jung took into account the unconscious for his new school of analytical psychology, which differs from Freud’s original school of psychoanalysis. C. G. Jung was one of the creators of modern depth psychology, which seeks to facilitate a conversation with the unconscious energies which move through each of us.

“This whole creation is essentially subjective, and the dream is the theater where the dreamer is at once scene, actor, prompter, stage manager, author, audience, and critic.”
— Carl Gustav Jung, General Aspects of Dream Psychology (1928)

On July 26, 1875 Swiss psychologist and psychiatrist C.G. Jung was born in Kesswil, Canton Thurgau, Switzerland, as a son of a parson and a mother, who believed in the supernatural. As a child, Jung preferred to be left alone to play by himself. He was happy when he was in isolation with his thoughts. His father taught him Latin and his mother read to him about exotic religions from an illustrated children’s book, to which he frequently returned to view with fascination the pictures of Hindu gods. Influenced by his grandfather’s reputation, who had been professor of surgery at the University of Basel, Jung decided to study medicine.

The Study of Psychiatry

In the late 19th century, psychiatry as a branch of medicine, was not highly respected, so Jung had only little interest in it. But when he opened his psychiatric textbook, Krafft-Ebing’s “Lehrbuch der Psychiatrie“,[7] and read that psychoses are “diseases of the personality” his excitement was intense and it became very clear to him that psychiatry was going to be the goal of his life. Finally he had found a field to study that included both spiritual and biological facts. In 1902 he completed his doctoral dissertation “On the Psychology and Pathology of So-Called Occult Phenomena“.  In the winter of 1902/03 Jung assisted Pierre Janet at the Hôpital de la Salpêtrière in Paris. His research at Burghölzli on brain tissue samples and his work with the then popular hypnosis to cure the symptoms of mental illnesses did not satisfy boys’ search for the origin and nature of mental illness.

“I have chosen the term “collective” because this part of the unconscious is not individual but universal; in contrast to the personal psyche, it has contents and modes of behaviour that are more or less the same everywhere and in all individuals. A more or less superficial layer of the unconscious is undoubtedly personal. I call it the “personal unconscious”. But this personal layer rests upon a deeper layer, which does not derive from personal experience and is not a personal acquisition but is inborn. This deeper layer I call the “collective unconscious”. “
— Carl Gustav Jung, The Archetypes and the Collective Unconscious (1934)

Only the continuation of the association studies developed by Wilhelm Wundt together with his colleague Franz Beda Riklin led Jung to an initial answer.[8] The results of his association experiments, combined with the reflections of Pierre Janet in Paris and Théodore Flournoy in Geneva, led Jung to accept what he called “emotional complexes”. He saw in this the confirmation of Sigmund Freud‘s theory of repression,[5] which was the only meaningful explanation for such autonomously behaving units of thought that were difficult to access for consciousness. Jung habilitated under the supervision of Eugen Bleuler in 1905 with the results of his research on diagnostic association studies: contributions to experimental psychopathology. In the same year he was appointed senior physician at the Burghölzli psychiatric clinic and first deputy to Bleuler and was appointed associate professor of psychiatry at the University of Zurich. 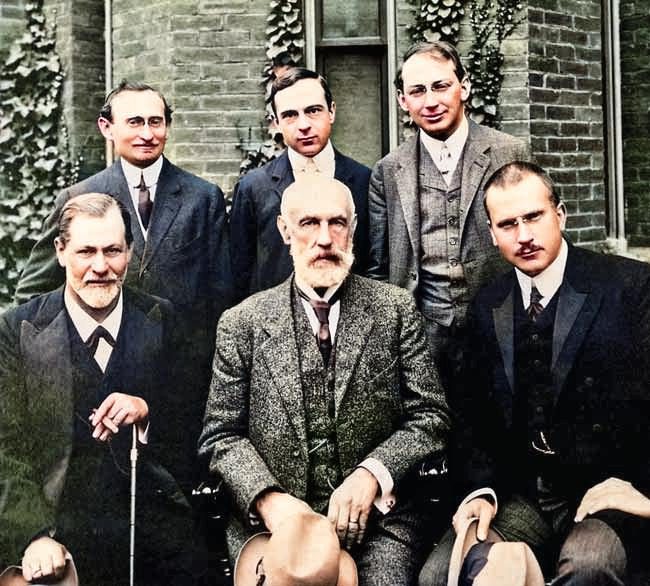 In 1906 Jung sent a collection of his early papers entitled “Studies in the Word Association” to the famous psychiatrist Siegmund Freud to which Freud responded positively.[4,5] When they first met, they talked for thirteen hours, almost with no brake. The two became friends and worked together until 1913. Both, Jung and Freud did not mutually agree on all aspects of their psychological theories. Jung disagreed with Freud’s view that all complexes come from sexual trauma, because he had experience with psychological problems that had different origins. Freud also did not share the same interest with Jung, about spiritualism and parapsychology.

The end of Jung’s friendship with Freud marked the beginning of a difficult period. By renouncing Freud’s dogma, the whole psychoanalytic community turned against Jung. He was cut off from all his former professional associates and several of his friends. He also started the difficult trip inside his subconscious. According to Jung, our psychological purpose in life is to discover our other side, so that both sides can enjoy the whole range of our capacities. He called this spiritual experience individuation and considered it essential for our well-being.

After breaking with Freud, Jung gave up teaching as an associate professor at the University of Zurich in 1913. From then on he worked in his own practice, interrupted by extensive travels in the 1920s: 1924/1925 to North America to the Pueblo Indians, 1925/26 to North Africa and East Africa to the “indigenous tribes” on Mount Elgon. In 1937 he travelled to India. Jung also published his reflections and views, which he now called Analytical Psychology.

“We are so captivated by and entangled in our subjective consciousness that we have forgotten the age-old fact that God speaks chiefly through dreams and visions.”
— Carl Gustav Jung, The Symbolic Life (1953); also in Man and His Symbols (1964)

In the last years of his life Jung deepened his research on the collective unconscious, alchemy and the importance of religion for the psyche. After a short illness Jung died in his house on June 6, 1961 at age 85.