You are here: Home › psychology › Hermann ‘Klecks’ Rorschach and his Eponymous Test 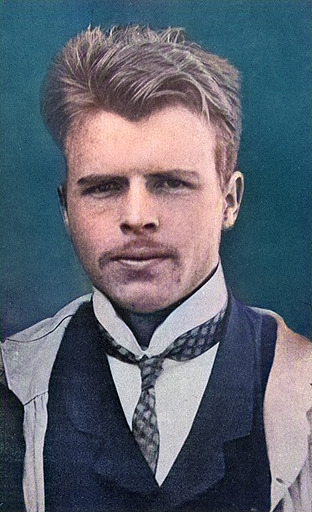 On November 8, 1884, Swiss psychiatrist and psychoanalyst Hermann Rorschach was born. He is best known for developing a projective test known as the Rorschach inkblot test. This test was reportedly designed to reflect unconscious parts of the personality that “project” onto the stimuli.

Born in Zurich, Switzerland, in 1884, Hermann Rorschach grew up in Schaffhausen, where he attended the Schaffhausen Cantonal School. Initially, he wanted to become an artist. Eventually, however, he studied medicine in Zurich with the aim of becoming a psychiatrist. Among other things, he attended lectures by Eugen Bleuler [1] on general and special psychiatry as well as on the psychiatric clinic and by Carl Gustav Jung on the psychopathology of hysteria.[2] After semesters in Zurich, Bern and Berlin, Rorschach completed his studies in 1909 with the medical state examination. A year later he married his Russian fellow student Olga Stempelin, with whom he had two children. The attempt to build up an existence as a medical couple in Russia in 1913 failed. Afterwards he worked, among others, at the psychiatric institutions in Münsterlingen, Bern (Waldau) and Herisau. For many years his main interest was psychoanalysis. He became a proponent of the then new psychoanalytic technique in Swiss medical circles.

In 1917, Rorschach discovered the work of Szymon Hens, who studied the imagination of his subjects using inkblot cards. A year later, he began his own experiments with 15 random inkblots. According to him, the subjective responses made it possible to draw conclusions about the perceptiveness, intelligence, and emotional characteristics of the subjects studied. 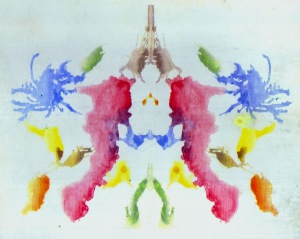 The tenth blot of the Rorschach Inkblot Test

The Rorschach test is based on what Rorschach claimed to be a human tendency to project interpretations and feelings onto ambiguous stimuli, in this case inkblots. Afterwards, trained observers are supposedly able to pinpoint deeper personal traits and impulses of the test subjects. Rorschach published the results of his studies on 300 mental patients and 100 “normal” test subjects in Psychodiagnostics. His method has been used as a tool for psychological evaluation and diagnosis ever since. The Rorschach test is controversial. Its proponents consider it a high-quality test procedure that allows an in-depth assessment of the overall personality. Its critics hold that the test lacks reliability.

Hermann Rorschach could not live to see these developments of the inkblot test. He died suddenly on April 2, 1922 at the young age of 37. However, by the 1960s, the famous Rorschach inkblot test became widely used, especially in the Unites States for personality tests. It was even ranked eighth in a long list of tests used all over the US for outpatient mental health care. Up to this day, the inkblot test is widely criticized, especially because it has been modified several times by various researchers. Still, it is considered as one of the primary tests used in hospitals, schools, jails and courtrooms and is used to decide on parental custody rights, assess the emotional issues of children, and determine if a prisoner is eligible for parole.

How does the Rorschach inkblot test work? – Damion Searls, [4]