You are here: Home › aviation › Twice the Speed of Sound – The Record Flight of Scott Crossfield 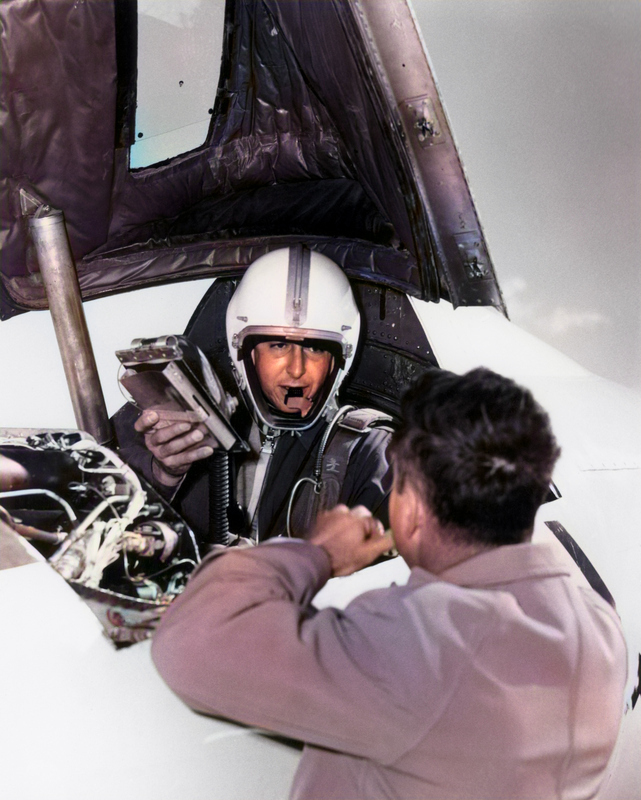 Albert Scott Crossfield was born on October 2, 1921 in California and grew up in California and Washington. During the Second World War he served in the US Navy as a flight instructor and fighter pilot. From 1946 to 1950 he studied aeronautical engineering at the University of Washington. . He received his Master of Science degree in Aeronautical Engineering in 1950.

Crossfield joined the National Advisory Committee for Aeronautics’ (NACA) High-Speed Flight Station (later called the NASA Dryden Flight Research Center in 1950 as an aeronautical research pilot. It is believed that the pilot was already able to demonstrate his flight skills as a student: back then, his instructor was not available on the designated early morning, so Crossfield, on his own, took off and went through maneuvers he had practiced with his instructor, including spin entry and spin recovery. During this morning Crossfield was as he later reported highly influenced by the instructor’s door. During his first spin, Crossfield experienced vibrations, banging, and noise in the aircraft that he had never encountered with his instructor. He recovered, climbed to a higher altitude, and repeated his spin entry and spin recovery, getting the same vibration, banging and noise. On his third spin entry, at yet an even higher altitude, he looked over his shoulder as he was spinning and observed the instructor’s door disengaged and flapping in the spin. He reached back, pulled the door closed, and discovered all the vibrations, banging and noise stopped. The pilot realized that his instructor had been holding the door during their practice spin entries and recoveries, and never mentioned this door quirk and later he cited his curiosity about this solo spin anomaly and his desire to analyze what was going on and why it happened, as the start of his test pilot career.

Through the years, Crossfield flew nearly all of the experimental aircraft under test at Muroc Army Airfield (later renamed Edwards Air Force Base), including the X-1, XF-92, X-4, X-5, Douglas D-558-I Skystreak and the Douglas D-558-II Skyrocket.The “-2” in the aircraft’s designation referred to the fact that the Skyrocket was the phase-two version of what had originally been conceived as a three-phase program. The phase-one aircraft, the D-558-1, was jet powered and had straight wings. The third phase, which never came to fruition, would have involved constructing a mock-up of a combat type aircraft embodying the results from the testing of the phase one and two aircraft. The Skyrocket featured wings with a 35-degree sweep and horizontal stabilizers with 40-degree sweep. The wings and empennage were fabricated from aluminum and the large fuselage was of primarily magnesium construction. The Skyrocket was powered by a Westinghouse J34-40 turbojet engine fed through side intakes in the forward fuselage. During flight testing in 1949, aerodynamic effects, known as pitch-up, became apparent in the transonic range. Despite all this, the aircraft was converted to the Reaction Motors XLR-11 engine with a thrust of 27 kN in 1950 and flown out to Mach 1.88 at an altitude of 25,370 m, again showing aerodynamic instabilities. For this purpose, the aircraft (like the Bell X-1 in 1946) was carried to altitude by a B-29 version of the US Navy and then jettisoned. With a take-off weight of 7,161 kg, 1,306 l of liquid oxygen and 1,431 l of alcohol could be carried.

Twice the Speed of Sound

It was decided to fly the aircraft out to Mach 2. For this purpose, the thrust nozzle was modified, the fuel was filled in deep-frozen and the surface was polished again. Crossfiield became the first person to fly at twice the speed of sound as he piloted the Skyrocket to a speed of 2,078 km/h, Mach 2.005. The Douglas D-558-2 Skyrocket was a rocket and jet-powered supersonic research aircraft built by the Douglas Aircraft Company for the United States Navy. To this end, the plane (like already 1946 the Bell X-1) was carried by a B-29 version of the US Navy on height and then thrown off.[3] On November 20, 1953, the Skyrocket D-558-II piloted by Scott Crossfield, surpassed its intended design speed by 25 percent. No other flight with the D-558-2 outbid this speed.  Today, the number two Skyrocket, the first aircraft to fly Mach 2, is on display at the National Air and Space Museum in Washington D.C.

As Crossfield had more experience with rocketplanes than any other pilot in the world (with 99 flights) by the time he left Edwards to join North American Aviation in 1955. In September 1954, Crossfield was forced to make a dead stick landing in the North American F-100 Super Sabre he was evaluating at Dryden – now the Neil A. Armstrong Flight Research Center. Back then North American’s own test pilots doubted could be done, as the F-100 had a high landing speed. Crossfield made a perfect approach and touchdown, but was unable to bring the unpowered aircraft to a halt in a safe distance, and was forced to use the wall of the NACA hangar as a makeshift brake after narrowly missing several parked experimental aircraft. Crossfield was uninjured, and the F-100 was later repaired and returned to service. 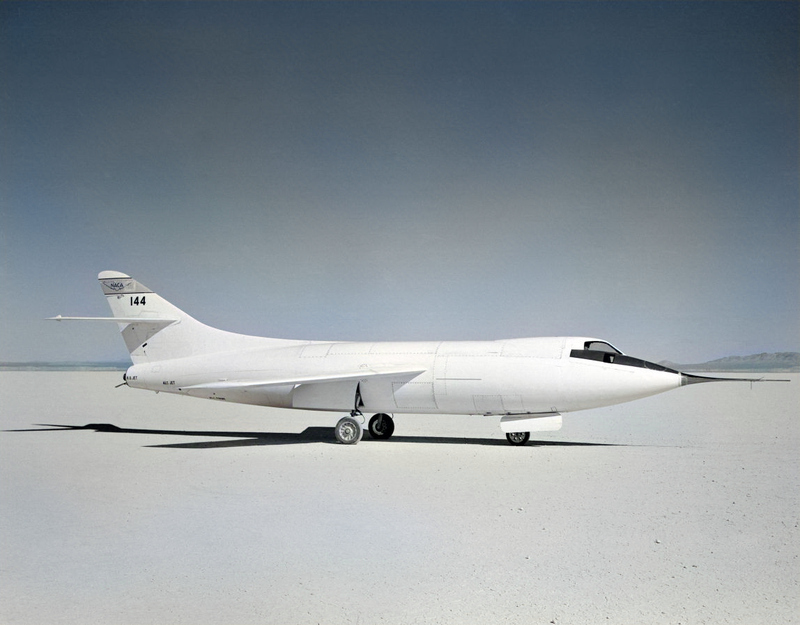 At North American Aviation, Crossfield played a crucial role in the development of the X-15 supersonic rocket plane [9]. He was one of the twelve X-15 pilots and the only one from North American. On 8 June 1959, he made the first glide flight with this type, and on 17 September 1959, the first self-propelled flight. On his fourth flight on 5 November 1959, he had to make an emergency landing. The aircraft was wrecked, but Crossfield was unhurt. He made his last X-15 flight on 6 December 1960.

In the 1960s, Albert Crossfield became division director of test and quality assurance for NAA’s Paraglider project and also joined Eastern Air Lines where he served as a division vice president for research and development and, subsequently, as a staff vice president working with U.S. military and civilian agencies on air traffic control technologies. In the 1970s, Crossfield joined the United States House of Representatives Committee on Science and Technology where he served, until his retirement in 1993, as a technical adviser on all aspects of civil aviation research and development and became one of the nation’s leading advocates for a reinvigorated research airplane program.

On April 19, 2006, Crossfield was returning from Maxwell Air Force Base, Montgomery, Alabama, where he had given a speech to a class of young Air Force officers attending the Air and Space Basic Course. His Cessna 210A piloted was reported missing while flying from Prattville, Alabama toward Manassas, Virginia. On April 20, authorities confirmed his body was found in the wreckage of his plane in a remote area of Ludville, Georgia. There were severe thunderstorms in the area when air traffic monitors lost radio and radar contact with Crossfield’s plane.