You are here: Home › space › TIROS-1 and the First TV pictures of the Earth from Space 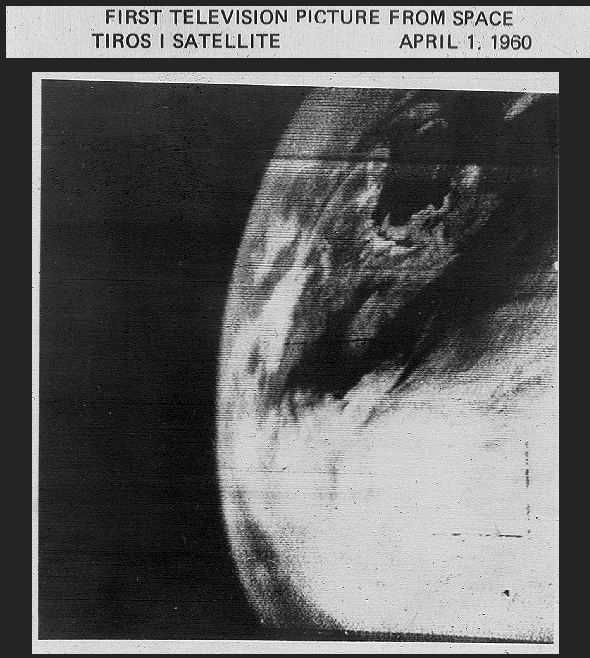 On April 1, 1960, U.S. weather satellite TIROS-1 sends the very first TV picture of the Earth from space. Today, we are used to satellite pictures from the earth in the daily weather report. But, there was a time some 50 years ago, when pictures of the earth from space were still something exciting.

TIROS I (or TIROS-1, short for Television and InfraRed Observation Satellite) was the first successful low-Earth orbital weather satellite, and the first of a series of Television Infrared Observation Satellites. It was launched by NASA and partners at 6:40 AM EST on April 1, 1960, from Cape Canaveral, Florida, in the United States. Moreover, the TIROS Program (Television Infrared Observation Satellite) was America’s first experimental step to determine if satellites could be useful in the study of the Earth. And it proved to be useful. The launch of TIROS I marked the first day it became possible to observe the Earth’s weather conditions on a regular basis, over most of the world from the vantage point of outer space.

The satellite designed to obtain cloud pictures was rocketed into space aboard a Thor-Able launch vehicle. The satellite was basically a cylinder with 18 flattened sides to mount 9,200 solar power cells to charge the on-board batteries. It was not very large; approximately 1m in diameter, 0.56m high including the projecting television camera lense, with a launch weight of 128.4 kg (including fuel for three pairs of small solid rockets to control the satellite’s spin over time mounted on the base plate). 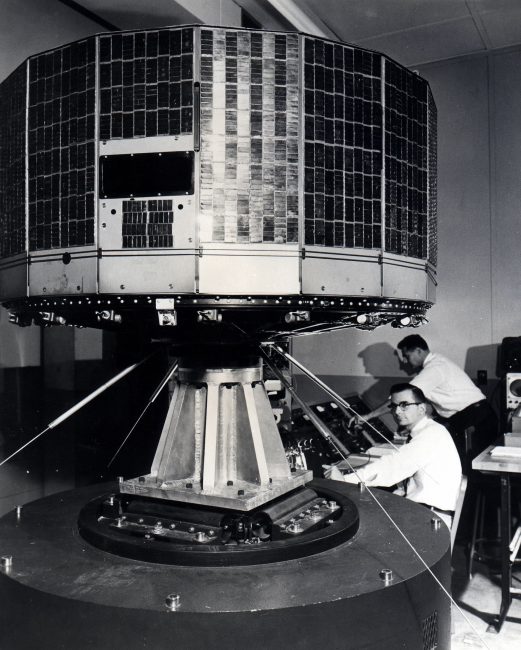 TIROS-1’s main sensors that provided the cloud pictures were two television cameras. In particular, TIROS was equipped with slow-scan cameras that take snapshots of the scene below, taken every ten seconds. One camera had a wide angle lense providing views that were approximately 1200 km on a side (with the satellite looking straight down), the other narrow angle camera covered a view with about 129 km on a side. When the satellite was within range of a ground station, the cameras could be commanded to take a picture every 10, or every 30 seconds. But each camera was also connected to a clock controlled tape recorder to record images when the satellite was beyond the range of a ground station. Each recorder could record up to 32 pictures for playback the next time the satellite was in range of one of the three Command and Data Acquisition stations (CDA). 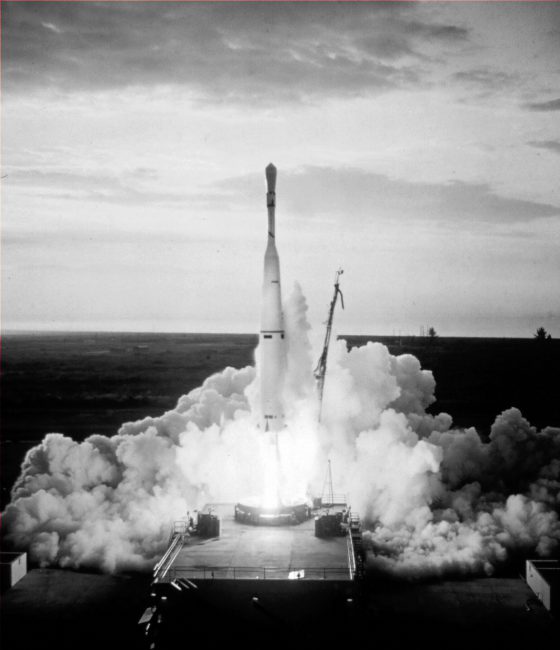 The launch of TIROS I – the birth of the meteorological satellite system. photo: NOAA photo library

When the satellite data was read out, it was recorded on 35-mm film for making prints and large projections. From these, a hand-drawn cloud analysis (nephanalysis) was made then transmitted by facsimile to the U.S. Weather Bureau National Meteorological Center. It was not until 1962 (TIROS IV, TIROS V) that some of the actual gridded satellite pictures were sent via directly to NMC and some other large Weather Bureau offices. Twenty minutes after launch, the first signals are received by equipment at the CDA in Camp Evans, NJ, and developed into photos. A few hours later President Eisenhower viewed the first photos taken by TIROS I. Early photographs provided information concerning the structure of large-scale cloud regimes. The very first image received at the other CDA in Forth Monmouth, NJ, was transported via helicopter to NASA’s Washington headquarters on April 7, 1960. A special air courier system provided by the Army Signal Corps was arranged to insure rapid delivery of the first photos received from TIROS. TIROS I ceased operating in mid-June 1960 due to an electrical failure. During the 77 days it operated, the satellite sent back 19,389 usable pictures that were used in weather operations. Thus, TIROS-1 proved that satellites could be a useful tools for surveying global weather conditions from space.

Over its two-and-a-half month lifespan, TIROS 1 returned 23,000 photos of the Earth, 19,000 of them usable for weather analysis. For the first time, it was possible to view large scale cloud patterns in their totality, and from this, identify storm regions. The satellite provided the first long-term observations of a developing storm from orbit, tracking the disintegration of a large cyclonic mass off the coast of Bermuda over the course of four days. In addition, TIROS 1 returned data on smaller scale structures such as tornadoes and jet streams, and findings returned from the satellite complemented and enhanced ground-based findings. TIROS 1 remains in orbit as of March 2022.[9]