You are here: Home › medical science › Thomas Willis and the Anatomy of the Nervous System 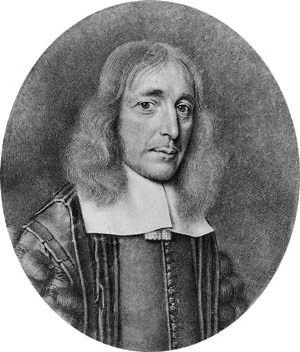 “But the office of the Cerebral seems to be for the animal Spirits to supply some Nerves; by which involuntary actions (such as are the beating of the Heart, easie respiration, the Concoction of the Aliment, the protrusion of the Chyle, and many others) which are made after a constant manner unknown to us, or whether we will or no, are performed.”
— Thomas Willis, In Anatomy of the Brain and Nerves (1664)

Thomas Willis was born the eldest of three sons on his parents‘ small farm in Great Bedwyn, Wiltshire, where his father (also) Thomas Willis held the stewardship of the Manor. He was a kinsman of the Willys baronets of Fen Ditton, Cambridgeshire and a staunch Royalist, and both Willis and his father would later serve in the Civil War, though Willis’ father would not survive.[4] Willis went to Oxford as a servitor and graduated M.A. from Christ Church, Oxford in 1642. In the Civil War years he was a royalist, dispossessed of the family farm at North Hinksey by Parliamentary forces. Willis started in Oxford intending to follow a career in the church. When the Civil War made that appear chancy, he turned to medicine. Meanwhile, Willis served King Charles I in the ongoing Civil War in the auxiliary regiment of the Earl of Dover. In the 1640s Willis was one of the royal physicians to Charles I of England. While it is unclear whether or not he actually participated in any battles, Willis’ loyalty and service to the King was rewarded by the early conferral of his medical degree, despite the fact he was seven years away from graduating from the fourteen year program.[4] Less grandly, once qualified B. Med. in 1646, he began as an active physician by regularly attending the market at Abingdon.

The Revival of Anne Green

Willis’ breakthrough as a physician came about with the revival of Anne Green on December 14, 1650. Green, a 22 year old servant, was a prisoner of the state who was convicted of the infanticide of her newborn child, and was sentenced to be hanged. At the time, obtaining corpses for anatomical dissection was difficult, so the bodies of executed individuals were typically donated to universities. After being hanged in Oxford’s Cattle Yard, Green’s body was donated for scientific study to Oxford. Thus, Green was delivered to the home of William Petty, a colleague of Willis’ and a lecturer in anatomy at Oxford. When the coffin was opened, an audible gagging was heard and Green started to breath. Together Petty and Willis resuscitated the ‘corpse’, using unorthodox but ultimately successful techniques.[4]

While in Oxford, Willis made his chambers available for Anglican services during the Puritan interregnum.[3] One of several Oxford cliques of those interested in science grew up around Willis and Christ Church. Besides Robert Hooke,[7] who would become Willis’s leading rival, and who both politically and medically held some incompatible views, others in the group were Nathaniel Hodges, John Locke, Richard Lower, Henry Stubbe and John Ward. In the broader Oxford scene, he was a colleague in the “Oxford club” of experimentalists with Ralph Bathurst, Robert Boyle, William Petty, John Wilkins and Christopher Wren.[9] 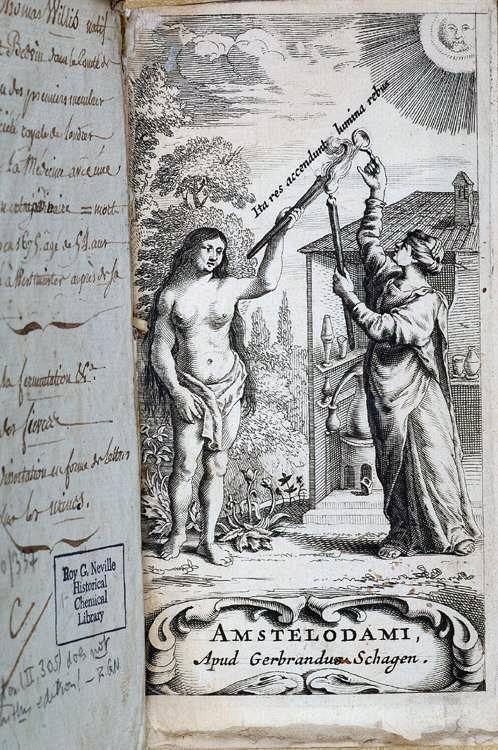 The Anatomy of the Brain

In 1656 and 1659 Willis published two significant medical works, De Fermentatione and De Febribus. These were followed by the 1664 volume on the brain, Cerebri Anatome, cui accessit Nervorum descriptio et usus (Anatomy of the Brain, with a Description of the Nerves and Their Function), which was a record of collaborative experimental work closely with Christopher Wren and Richard Lower, who contributed drawings and assisted with dissections. [9] Cerebri Anatome is considered the most complete and accurate account of the nervous system to that time. Willis is credited with coining the term neurology, which first appears in Cerebri Anatome. Willis was the first to number the cranial nerves in the order in which they are now usually enumerated by anatomists.

The Cerebri Anatome was the main reason why the arterial circle found at the base of the human brain is now called the Circle of Willis. Though he was not the first one who discovered and described it, he was the only one who was able to discuss it in great detail, describing each part and vascular pattern in depth. Willis therefore is regarded by modern physicians and anatomists as the founder of clinical neuroscience, neurology, comparative anatomy, and neuroanatomy. In addition, he made significant original contributions to cardiology, endocrinology, and gastroenterology. Willis coined the term mellitus in diabetes mellitus. An old name for the condition is “Willis’s disease“. He observed what had been known for many centuries elsewhere, that the urine is sweet in patients. His observations on diabetes formed a chapter of Pharmaceutice rationalis (1674). Further research came from Johann Conrad Brunner, who had met Willis in London.

The Royal Society and Later Years

From 1660 until his death, he was Sedleian Professor of Natural Philosophy at Oxford. At the time of the formation of the Royal Society of London, he was on the 1660 list of priority candidates, and became a Fellow in 1661. Henry Stubbe became a polemical opponent of the Society, and used his knowledge of Willis’s earlier work before 1660 to belittle some of the claims made by its proponents. Willis later worked as a physician in Westminster, London, this coming about after he treated Gilbert Sheldon in 1666. Thomas Willis died on St. Martin‘s Day, 11 November 1675, in London.

Michael Hunter, The Setting up of The Royal Society, [11]