You are here: Home › chemistry › Thomas Midgley Jr. and the Development of Leaded Fuel 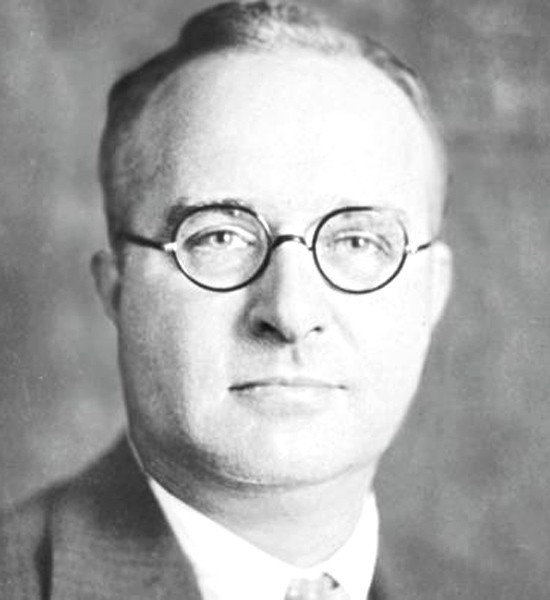 On May 18, 1889, American mechanical engineer and chemist Thomas Midgley Jr. was born. Midgley was a key figure in a team of chemists, led by Charles F. Kettering, that developed the tetraethyllead (TEL) additive to gasoline as well as some of the first chlorofluorocarbons (CFCs). Over the course of his career, Midgley was granted over a hundred patents.

Thomas Midgley and the Problem of Knocking

Thomas Midgley Jr. was born in Beaver Falls, Pennsylvania, USA. His father who was also an inventor. Midgley grew up in Columbus, Ohio, and graduated from Cornell University in 1911 with a degree in mechanical engineering. He started working at General Motors in 1916. About five years later, he discovered that the addition of Tetraethyllead to gasoline prevented ‘knocking’ in internal combustion engines. Knocking is the uncontrolled combustion of the fuel in petrol engines. Temperature and pressure rise abruptly, resulting in further spark plugs. These then meet at the speed of sound. Pressure peaks occur which can damage pistons, bearings, cylinder head, valves and spark plugs. Reflection causes a high-frequency oscillation in the cylinder pressure curve, which is audible. The company named the substance “Ethyl“, avoiding all mention of lead in reports and advertising. Oil companies and automobile manufacturers, especially General Motors which owned the patent jointly filed by Kettering and Midgley, promoted the TEL additive as a superior alternative to ethanol or ethanol-blended fuels, on which they could make very little profit. Thomas Midgley Jr. was awarded the 1923 Nichols Medal for the “Use of Anti-Knock Compounds in Motor Fuels“.

The General Motors Chemical Company was created in the same year. The company supervised the production of TEL by the DuPont company and Thomas Midgley Jr. became its vice president. However, several deaths and cases of lead poisoning at the TEL prototype plant in Dayton, Ohio considered giving up the whole tetraethyl lead program. On October 30, 1924, Midgley participated in a press conference. He apparently intended to demonstrate the safety of TEL. In this demonstration, he poured TEL over his hands, then placed a bottle of the chemical under his nose and inhaled its vapor for sixty seconds, declaring that he could do this every day without succumbing to any problems whatsoever. However, the State of New Jersey ordered the Bayway plant to be closed a few days later, and Jersey Standard was forbidden to manufacture TEL there again without state permission. Midgley would later have to take leave of absence from work after being diagnosed with lead poisoning. Midgley was relieved of his position as vice president of GMCC in April 1925, reportedly due to his inexperience in organizational matters, but he remained an employee of General Motors.

His second discovery, CFCs, was introduced to make refrigerators safe by synthesizing chlorofluorocarbon compounds (also called freon) to replace the many toxic or explosive substances that had previously been used. Here again, Midgley did not shy away from taking personal risks to underscore the importance of his development: During a demonstration at the American Chemical Society in 1930, he inhaled a lung of dichlorofluoromethane and blew out a candle to show that his gas was both non-flammable and harmless. In fact, CFCs are largely non-toxic to biological organisms. The problem associated with CFCs is that CFCs are extremely long-lived, can ascend to the upper atmosphere and are chemically cleaved there by solar radiation. CFC fission products in turn deplete the ozone layer, which normally absorbs high-energy solar radiation.

Spray cans were one of the main applications of CFCs as an inert, safe propellant, from metered dose inhalers (asthma inhalers) to deodorants. Since the Montreal Protocol was adopted, in which major countries agreed to stop producing CFCs, health services and pharmaceutical companies have replaced these inhalers with non-CFCs and trained patients in their use. The production of CFCs is prohibited in industrialized countries. However, there are other new and more safe applications of CFCs. Since there are no known natural reactions in which CFCs are released, spectral analyses will be used in future to search for CFCs in the atmospheres of exoplanets, as this would mean that there is probably a civilisation there that produces CFCs.

Thomas Midgley Jr. held over 170 patents. At the age of 51, he fell ill with polio, which led to severe disabilities. To solve this problem, he designed an ingenious system of cords and pulleys to lift him out of bed and into the wheelchair. He died at the age of 55 when he accidentally got tangled and strangled in the ropes of this device. Other sources suspect the alleged accident was a suicide. However, historian John Robert McNeill noted that Midgley “had more impact on the atmosphere than any other organism in Earth’s history.“