You are here: Home › medical science › Thomas Hodgekin – a Pioneer in Preventive Medicine 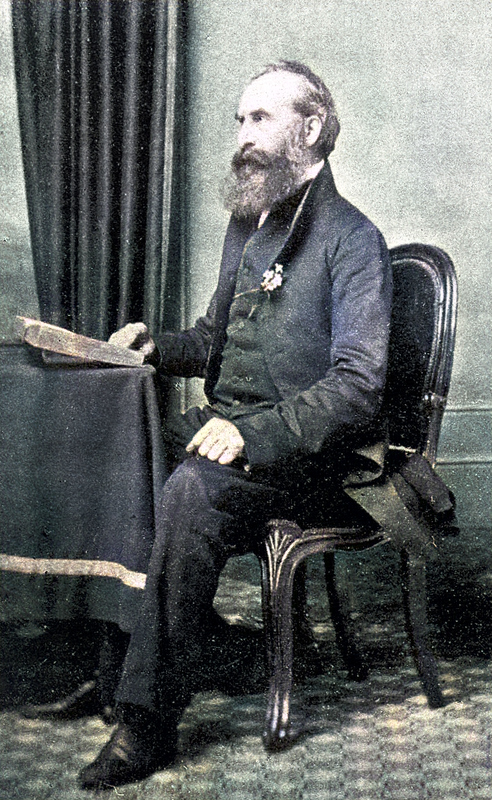 On August 17, 1798, British physician Thomas Hodgkin was born. Hodgkin is considered one of the most prominent pathologists of his time and a pioneer in preventive medicine. Today, he is best known for the first account of Hodgkin’s disease, a form of lymphoma and blood disease, in 1832.

Born into a Quaker family

Thomas Hodgkin was born to a devout Quaker family in Pentonville, St. James Parish, Middlesex, England, the son of John Hodgkin. As a child, he was tutored by his father in Greek and Latin, and later learned to write and speak French. In 1816 took a position as private secretary to William Allen. His aim, however, was to learn the trade of apothecary, one of the routes into medicine, and Allen, despite prominence in that business, did not make it possible. They parted, and Hodgkin went to an apothecary cousin, John Glaisyer, in Brighton instead. He inherited property from his great-uncle of the same name, meaning that from age 21 he had a degree of financial independence.

In 1819 Hodgkin was admitted to St. Thomas’s and Guy’s Medical School. He walked the wards for a year on the rounds of physicians and surgeons, and attended lectures. He went on with his medical studies to the University of Edinbugh and as it was common for medical students at the time to go abroad to broaden their knowledge, Hodgkin visited European medical centers during 1821–1822. In Paris, he met René Laennec at the Necker Hospital in Paris, who had recently devised the stethoscope and taught Hodgkin how to use it. He received his medical degree from Edinburgh with a thesis on the physiological mechanisms of absorption in animals in 1823, the same year he met Moses Montefiore, a wealthy financier and philanthropist who was to become his lifelong patient and close friend.

In December 1825 Hodgkin was elected member of the Royal College of Physicians of London, and with the support of elder colleagues from Guy’s, was appointed to a position as physician to the London Dispensary. These public dispensaries are somewhat comparable to present day emergency receptions, and it was mostly the poor and sick who came there.[2] In 1826, Hodgkin was appointed first lecturer in morbid anatomy and museum curator at the new Guy’s Hospital Medical School in London. He built up his reputation on the work his posts brought him in morbid anatomy (anatomical pathology as it is now called). Hodgkin’s hospital career came to an end, however, in 1837, when he clashed with the autocratic Benjamin Harrison. Harrison disliked Hodgkin’s progressive views, and support for the new University College, London, and had been personally offended by them. The position went to the rival candidate Benjamin Guy Babington, and Hodgkin moved reluctantly into private practice. Contemporary accounts suggest that Hodgkin may have suffered discrimination because of his Quaker dress and attitudes. He was certainly considered an eccentric since he was careless in collecting fees and never had a large practice.[3]

Hodgkin’s years at Guy’s Hospital were remarkably productive. He performed hundreds of autopsies and cataloged over 3000 specimens in the Green Book. As early as in 1829 Hodgkin published a catalogue of the museum’s 1.677 preparations demonstrating the influence of various diseases on organs and tissues. His achievements in the field of pathology also include one of the earliest descriptions of aortic insufficiency in 1827. Within short time Hodgkin had established a reputation as the leading pathologist of his time.[2] Hodgkin presented the first systematic lectures on pathology in England and published a two-volume monograph. Hodgkin brought the first stethoscope to Guy’s Hospital and delivered a lecture on Laennec‘s method for its use to the hospital physical society in 1822. The older physicians at Guy’s were unimpressed with this peculiar-looking cylinder and used his stethoscope as a flowerpot, standing it on end. Once they left the room, the students removed the flowers and began examining each other with the instrument.[1]

Hodgkin described the disease that bears his name (Hodgkin’s lymphoma) in 1832. He received 33 years later the eponym through the recognition of British physician Samuel Wilks, who rediscovered the disease. It is a malignancy that produces enlargement of lymphoid tissue, spleen, and liver, with invasion of other tissues. A more benign form is called Hodgkin’s paragranuloma, while a more invasive form is called Hodgkin’s sarcoma.

Thomas Hodgkin was also a pioneer in preventive medicine. His lecture On the means of promoting and preserving health was published in book form in 1841. It contains four parts; in the first he discusses air, light, cleanliness, clothes and breathing, in the second the important of both solid and liquid food. The training of muscles and mental capability are discussed in separate parts, and the book ends with a discussion of the importance of education for young people.[2]

When Lady Montefiore the wife of his friend and benefactor died in 1862, Hodgkin promised her to travel with her husband on future journeys.[19] He accompanied Moses Montefiore to Palestine in 1866. There he contracted dysentery and died on 5 April 1866. According to the (probably cryptic) inscription of his tomb, nothing human was alien to him:

Stan Barta, Thomas Hodgkin, MD: Nothing of Humanity Was Foreign To Him, [5]