You are here: Home › aviation › How Pyotr Nesterov invented Aerobatics 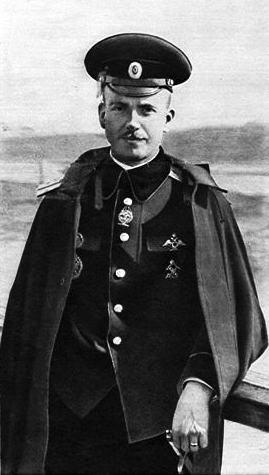 On September 9, 1913, Russian pilot, an aircraft technical designer and aerobatics pioneer Pyotr Nesterov became the first pilot to fly a loop in a Nieuport IV monoplane. His achievement made him famous overnight. Stressing the value of these exercises for a military pilot, Nesterov improved Russian flight methods and designed new flight models.

Pyotr Nesterov was born in 1887 in Nizhny Novgorod, into the family of an army officer, a cadet corps teacher. Nesterov first attended the military school and later switched to the Mikhailov artillery academy in St Petersburg. Pyotr Nesterov became second lieutenant and also served in the 9th East Siberian Artillery Brigade in Vladivostok. It is believed that he first came in contact with aviation when he was posted to a balloon observation regiment as an observer around 1909. Already two years later, Nesterov built his first glider and also learned how to fly it. His enthusiasm led him to attend the St. Petersburg aviation school where he graduated in 1912 and became a military pilot shortly after. By the laws of that time, an officer who married before the age of 28 had to contribute a so-called ‘reserve’ to the state treasury – a deposit of 5,000 rubles to provide for his family in the event of his death. The only exception was made for officers who served in the Far East; as Nesterov did not have the money, he took his young wife to the Far East.

Pyotr Nesterov with the Nieuport IV.G he looped

It is believed that Nesterov was highly convinced that an aircraft could fly a loop but this task had (probably) nobody successfully attempted before. On September 9, 1913, he proved his believe and became the first known pilot to fly a loop. The task was achieved in a Nieuport IV monoplane over Syretzk Aerodrome near Kiev and many people came to watch. However, instead of being thanked by the government, the pilot faced ten days of arrest for risking government property. Still, Nesterov became famous over night and promoted staff captain. Pyotr Nesterov began improving Russian flight with his exercises and cross country flights as well as steep turns.  He thus became the founder of aerobatics, but also recognized the value of these exercises for a military pilot. Nesterow improved the flight methods and constructed new flight models that did not require rudders. Due to the outbreak of the First World War, however, the experiments that had been started were discontinued. 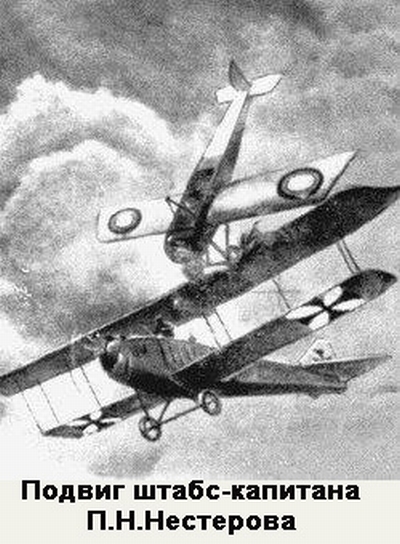 The deadly ramming attack by Staff Captain Nesterow on an Austrian Albatros B.I

The War and Nesterov’s Ramming Attack

The war gave Nesterov, as an aviator in the Russian Air Force, the opportunity to test his air war theories in practice. He was quite unerring, especially in bombing. Back then, aircraft were not armed yet and on August 25, 1914 (old Russian calendar) Nesterov used his Morane-Saulnier Type G aircraft to ram the Austrian Albatros reconnaissance aircraft. He probably intended to destroy the enemy aircraft but unfortunately for Nesterov, he fell out of his plane and died from his injuries. During World War II, his method was used by several Soviet pilots with success, and the technique became known as taran. Also, in Pyotr Nesterov’s honor, the Soviet Union established the Nesterov Cup for the best aerobatics team, which was donated to the Fédération Aéronautique Internationale in 1962.