You are here: Home › space › SpaceShipOne – the first private Spaceship 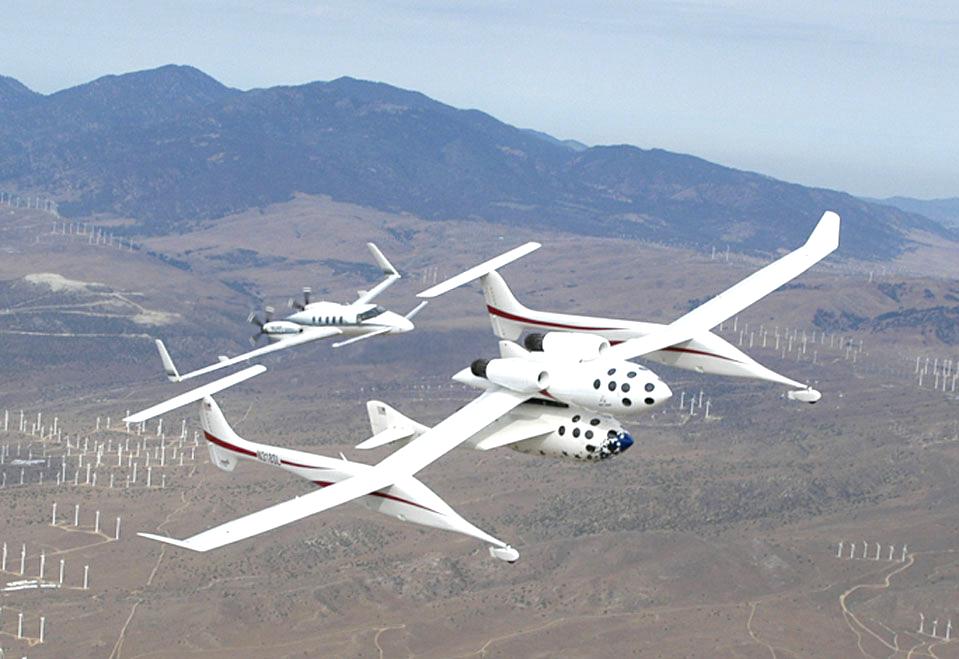 SpaceShipOne and White Knight in flight

The Ansari X Prize was proposed in 1995 demanding a demonstration of a private vehicle capable of flying a pilot to the edge of space, defined as 100 km altitude. Outer space does not begin at a definite altitude above the Earth’s surface. However, the Kármán line, at an altitude of 100 km above sea level, is conventionally used as the start of outer space in space treaties and for aerospace records keeping. The first vessel to reach outer space was the German A-4 rocket in 1943.[7] In 1957, the uncrewed satellite Sputnik 1 was launched by a Russian R-7 rocket, achieving Earth orbit at an altitude of 215–939 kilometres.[6]

However, this goal was selected for the Ansari X Prize to help encourage the space industry in the private sector. Therefore, all entries to the X Prize were not allowed to have any government funding. The aim of the Ansari X Prize was to demonstrate that spaceflight can be affordable and accessible to corporations and civilians, opening the door to commercial spaceflight and space tourism. The competition should breed innovation, introducing new low-cost methods of reaching Earth orbit, and ultimately pioneering low-cost space travel. 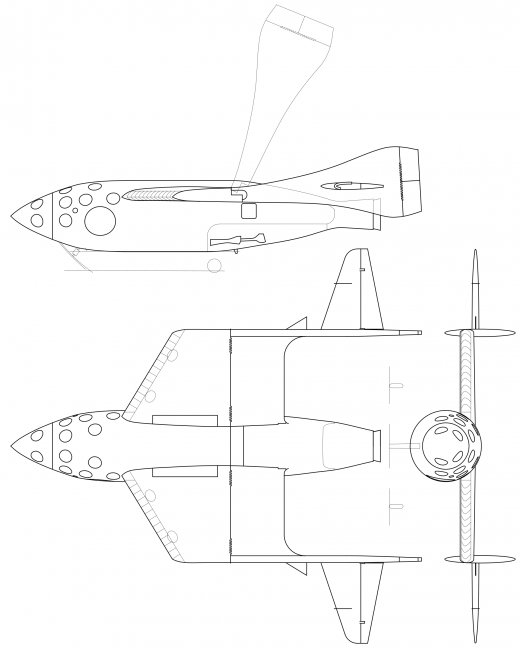 For the Ansari X Prize the X Prize Foundation offered a US$10,000,000 prize for the first non-government organization to launch a reusable manned spacecraft into space twice within two weeks. Initially called just the “X Prize“, it was renamed the “Ansari X Prize” on May 6, 2004 following a multi-million dollar donation from entrepreneurs Anousheh Ansari and Amir Ansari. Overall, 26 teams from around the world participated, ranging from volunteer hobbyists to large corporate-backed operations. The award winning team was the Tier One project that made two successful competitive flights: X1 on September 29, 2004, piloted by Mike Melvill to an altitude of 102.9 km; and X2 on October 4, 2004, piloted by Brian Binnie to 112 km. They thus won the prize, which was awarded on November 6, 2004. During the X1 ascent there were minor problems which resulted in violent rolling movements of the aircraft. According to pilot Michael Melvill, these were possibly due to an operating error on his part. As a result, the rocket engine power supply was switched off – eleven seconds earlier than planned. However, the impulse caused the aircraft to gain altitude, eventually reaching 102.9 kilometers above the ground.

The design concept of Tier One was to air launch a three-person piloted spacecraft which climbs to slightly above 100 km altitude using a hybrid rocket motor and then glides to the ground and lands horizontally. SpaceShipOne takes off from the ground, attached to the carrier plane White Knight in a parasite configuration, and under White Knight’s power. For launch, the combined craft flies to an altitude of around 14 km, which takes about an hour. SpaceShipOne is then drop-released, and briefly glides unpowered. The rocket engine is ignited while the spacecraft is gliding. Once under power, it is raised into a 65° climb, which is further steepened in the higher part of the trajectory. By the end of the 87 seconds burn the craft is flying upwards. If the burn was long enough then it will exceed an altitude of 100 km , at which height the atmosphere presents no appreciable resistance, and the craft experiences free fall for a few minutes. Then, it reenters atmosphere and glides down to a landing in about 20 minutes.

SpaceShipOne is on display at the National Air and Space Museum in Washington, D.C. It has found its resting place in the same building as Burt Rutan’s Voyager, John Glenn’s Mercury Lander and the Apollo 11 Command Module. Following the success of SpaceShipOne, SpaceShipTwo was developed as the successor model, with the much more powerful White Knight Two serving as the carrier aircraft. The first gliding flights of SpaceShipTwo took place in 2010. At the end of 2013 it was originally scheduled to complete its first space flight. On 13 December 2018, VSS Unity achieved the SpaceShipTwo project’s first suborbital space flight, VSS Unity VP-03, with two pilots, reaching an altitude of 82.7 kilometres, and officially entering outer space by US standards. SpaceShipTwo is designed for two pilots and up to six passengers. Furthermore, SpaceShipThree is a concept for suborbital point-to-point flights, but its implementation is questionable.

At yovisto academic video search you can watch the passionate talk of legendary spacecraft designer Burt Rutan, who lambasts the US government-funded space program for stagnating and asks entrepreneurs to pick up where NASA has left off.