You are here: Home › broadcasting › Sir John Reith and the Early Years of BBC 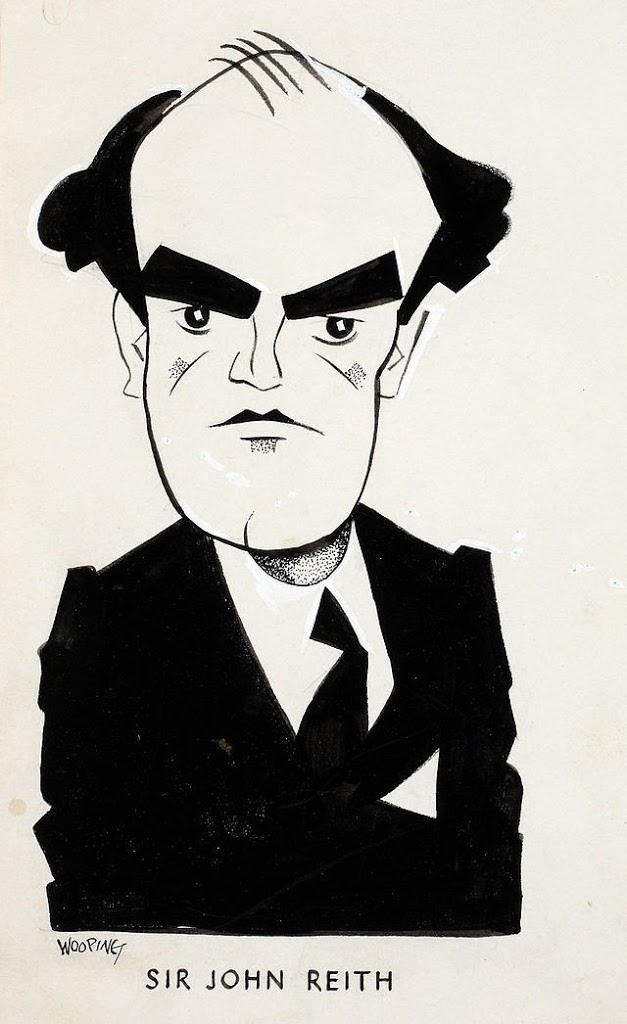 On July 20, 1889, John Charles Walsham Reith, 1st Baron Reith, was born. Sir John Reith was the first General-Director of the British Broadcasting Corporation and regarded as one of BBCs founding fathers. His concept of broadcasting as a way of educating the masses marked for a long time the BBC and similar organizations around the world.

John Reith was the founder of the BBC. He was its first general manager when it was set up as the British Broadcasting Company in 1922; and he was its first director general when it became a public corporation in 1927. He created both the templates for public service broadcasting in Britain; and for the arms-length public corporations that were to follow, especially after World War Two. Reith fought off the politicians’ attempts to influence the BBC, while offering the British people programmes to educate, inform and entertain.

John Charles Walsham Reith was born on July 20th 1889 at Stonehaven, Kincardineshire, UK, as the youngest, by ten years, of seven children. His family were holidaying there from Glasgow, where his father George was a minister in the Free Church of Scotland. Reith was educated at The Glasgow Academy then at Gresham’s School, Holt, Norfolk. His father refused to support any further education and apprenticed him as an engineer at the North British Locomotive Company. Serving in World War I, Reith was struck in the cheek by a bullet in October 1915, at which time he was a Lieutenant, and transferred to the Royal Engineers, where he resigned his Territorial Army commission in 1921 in the rank of a captain.

Reith had no broadcasting experience when he replied to an advertisement in The Morning Post for a General Manager for an as-yet unformed British Broadcasting Company in 1922. He later admitted that he felt he possessed the credentials necessary to manage any company. In his new role, he was “confronted with problems of which I had no experience: Copyright and performing rights; Marconi patents [6]; associations of concert artists, authors, playwrights, composers, music publishers, theatre managers, wireless manufacturers.“. Slowly but surely, Reith began to advance into the unknown medium of public radio transmission, organising, experimenting and innovating. Realising the almost unlimited possibilities of broadcasting, and that it must eventually become a public service, he began to shape his organisation in that direction.

The two of the main objects of Reith’s policy were to establish the independence of the BBC from any form of interference and to build an unassailable programme. In 1925 the Government appointed a committee under the chairmanship of Lord Crawford to consider the future of British broadcasting, where Reith prepared a plan for a public broadcasting service. According to his plans, news presentations would always be of the highest quality, and Sunday observance was strictly enforced. When the General Strike broke out in 1926, and the value of broadcasting as a governmental and political instrument became apparent, Winston Churchill and others in the Government wanted to commandeer the organisation for the emergency. Reith refused to comply, maintaining the BBC’s independence. He won the argument, but made an enemy of Churchill for years to come.

End of an Era

Actually, the BBC was part-share owned by a committee of members of the wireless industry. Although opposed by some (including in Government), the BBC became a corporation in 1927 and Reith was knighted the same year. Reith’s autocratic approach became the stuff of BBC legend. His preferred approach was one of benevolent dictator, but with built-in checks to his power. In 1938, with his work for broadcasting completed and his ideals established as traditions, he resigned to become managing director of Imperial Airways. But, two years later, when Britain was at war, he left this post to become Minister of Information under Prime Minister Neville Chamberlain. When Churchill succeeded Chamberlain in May 1940, old animosities prevailed and he was quickly transferred, first to the Ministry of Transport and then to the Ministry of Works and Buildings. He was also elevated to the House of Lords, becoming Baron Reith of Stonehaven. After the war, his sense of purpose was revived in his chairmanships of the Commonwealth Telecommunications Board, from 1946 to 1950, and the Colonial Development Corporation, 1950 to 1959.

When the BBC introduced the Reith Lectures in 1947 it was honouring the Corporation’s debt to the man whose far-sightedness and clarity of purpose in early British broadcasting had demanded technical inventiveness and social conscience in equal proportions. At the age of 81, John Reith died in Edinburgh after a fall in 1971.