You are here: Home › cinematography › The Phenomenon of Doctor Who 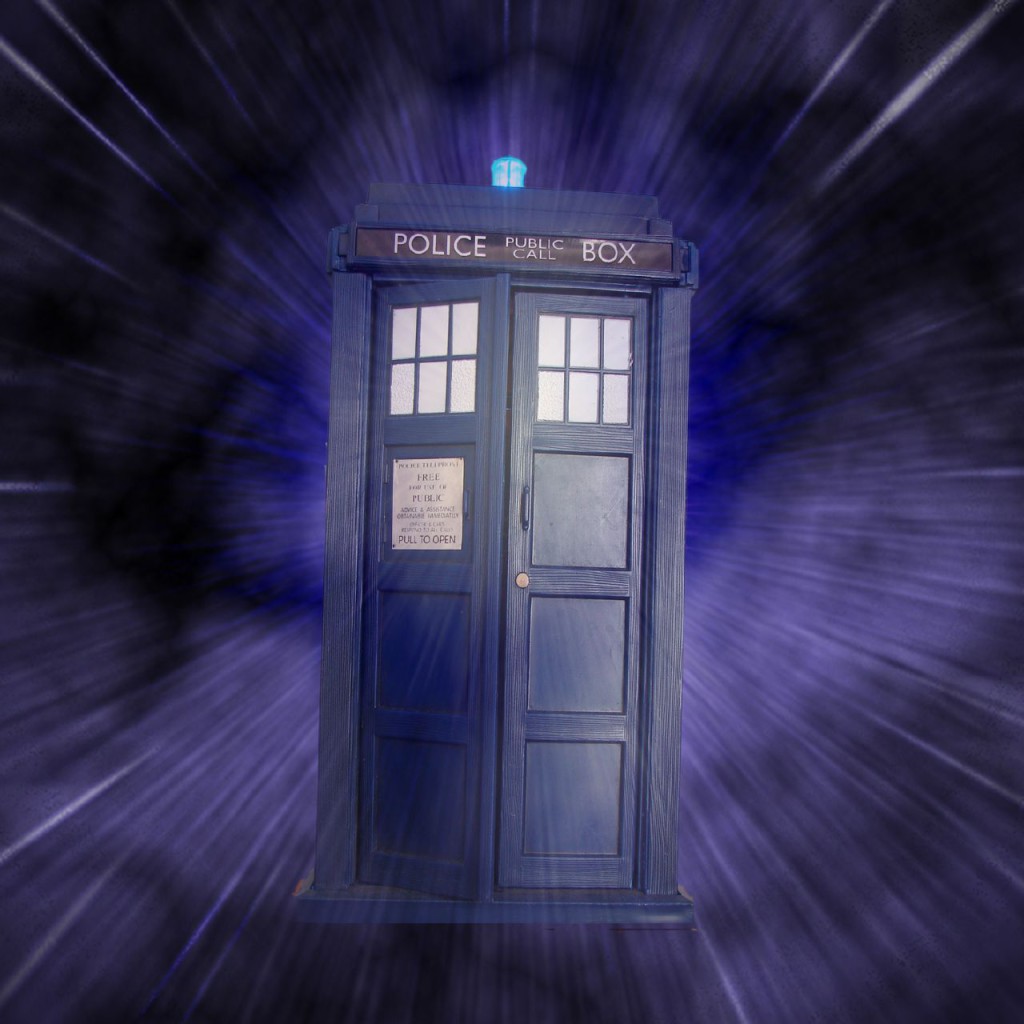 Doctor Who – the image of the TARDIS is iconic in British popular culture.

On November 23, 1963, the famous British science-fiction television program Doctor Who first appeared on BBC TV. Just imagine, this was more than 50 years ago. Although, I personally learned about Doctor Who when I was already a grownup, I guess this character in the same way as Mr. Spock from the tv series Star Trek[1], might be responsible that many young people have chosen a career in science. In Germany, where I grew up, public tv unfortunately did not broadcast that BBC tv show.[2] Nowadays that’s very different. Now, you are able to watch the new Doctor Who episodes almost at the same time as they are originally broadcasted in the UK. But, what is really amazing, is that this tv franchise was able to survive for such a long time and it seems as if its popularity is still ever rising.

Doctor Who follows the adventures of the primary character, simply referred to as “the Doctor”. The Doctor is a Time Lord, who fled his home planet with a stolen Mark I Type 40 TARDIS – “Time and Relative Dimension in Space” – time machine which allows him to travel across time and space. The TARDIS is able to “blend in” into any scenery in disguise of any local object. Nevertheless, the Doctor’s TARDIS remains fixed as a blue British Police box due to a malfunction. Usually, the Doctor brings one or more (most times) human companions to share his adventures. He often finds events that pique his curiosity as he tries, always trying to prevent evil forces from harming innocent people or changing history, supported only by his ingenuity and his versatile “sonic screwdriver”. Furthermore, the Doctor has the ability to regenerate when his body is mortally damaged, taking on a new appearance and persona.

This might also be one of the reasons for the success of the show, because it has always reinvented itself with a new cast. The incumbent Doctor is the Thirteenth Doctor, played by actress Jodie Whittaker, who can look back on a line of famous predecessors, such as

In addition to the above-listed actors, others have played versions of the Doctor for the duration of particular storylines. Most notably among them Golden Globe and BAFTA award winner John Hurt. 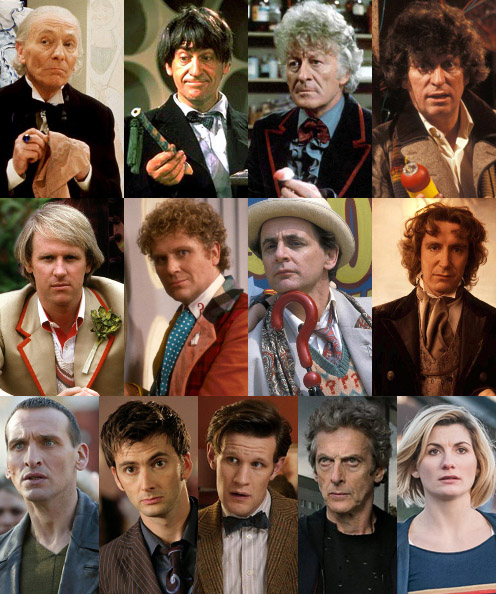 How the Doctor got his Name

The character of the Doctor was created by the BBC’s Head of Drama Sydney Newman. But, where does the strange name “Doctor Who” come from? In the very first episode of the show in 1963, two teachers Barbara Wright and Ian Chesterton become intrigued by one of their pupils, Susan Foreman, who exhibits high intelligence and unusually advanced knowledge. Trailing her to a junk yard they encounter a strange old man and hear Susan’s voice coming from inside what appears to be a police box. Pushing their way inside, the two find that the exterior is actually camouflage for the dimensionally transcendental interior of the TARDIS. The old man, whom Susan calls “Grandfather”, subsequently kidnaps Barbara and Ian to prevent them from telling anyone about the existence of the ship, taking them on an adventure in time and space. Now, in this very first episode, Barbara addresses the Doctor as “Doctor Foreman”, as this is the surname the Doctor’s granddaughter Susan goes by, and the junkyard in which they find him bears the sign “I.M. Foreman”. When addressed by Ian with this name, the Doctor responds, “Eh? Doctor who? What’s he talking about?” Later, when Ian realizes that “Foreman” is not the Doctor’s name, Ian asks Barbara, “Who is he? Doctor who?” In an ultimately unused idea from documents written at the series’ inception, Barbara and Ian would have subsequently referred to the Doctor as “Doctor Who”, given their not knowing his name.

When Sydney Newman commissioned the series, he specifically did not want to perpetuate the cliché of the “bug-eyed monster” of science fiction. However, monsters were popular with audiences and so became a staple of Doctor Who almost from the beginning. Most notably among them the Daleks, an alien race which first appeared in the show’s second serial in 1963, who are Doctor Who‍ ’s oldest villains. The Daleks are strange creatures, housed in tank-like mechanical armour shells for mobility. Their chief role in the plot of the series, as they frequently remark in their instantly recognisable metallic voices, is to “exterminate” all non-Dalek beings. Nevertheless, it was also thanks to the Daleks, that Dr. Who became such a success.

It has been claimed that the transmission of the first episode was delayed due to extended news coverage of the assassination of US President John F. Kennedy the previous day. Therefore, the BBC believed that many viewers had missed this introduction to a new series and they broadcast it again on 30 November 1963, just before episode two. The program soon became a national institution in the United Kingdom, with a large following among the general viewing audience. Many renowned actors asked for or were offered guest-starring roles in various stories. The program’s broad appeal attracts audiences of children and families as well as science fiction fans. Even US director Steven Spielberg has commented that, “the world would be a poorer place without Doctor Who“.

Carlo Rovelli, The Physics and Philosophy of Time [5]