You are here: Home › computer science › Herbert A. Simon and the Science of Decision Making 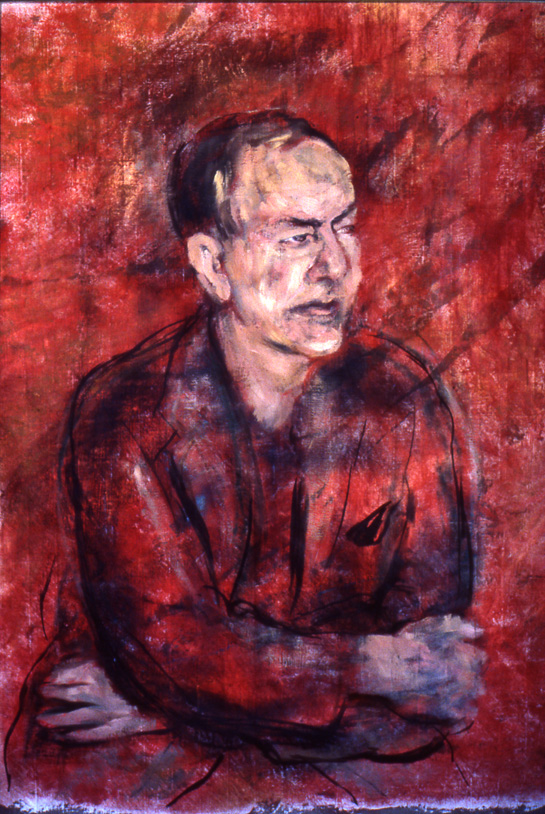 On June 15, 1916, American political scientist, economist, sociologist, psychologist, and computer scientist Herbert Alexander Simon was born. Simon was among the founding fathers of several of today’s important scientific domains, including artificial intelligence, information processing, decision-making, problem-solving, organization theory, complex systems, and computer simulation of scientific discovery. With almost a thousand highly cited publications, he was one of the most influential social scientists of the 20th century.

“(If) there were no limits to human rationality administrative theory would be barren. It would consist of the single precept: Always select that alternative, among those available, which will lead to the most complete achievement of your goals”,
– Herbert A. Simon, Administrative Behavior, 1947.

Herbert Alexander Simon was born in Milwaukee, Wisconsin to Arthur Simon, an electrical engineer who had come to the United States from Germany. His mother, Edna Marguerite Merkel, was an accomplished pianist. Simon was educated as a child in the public school system in Milwaukee where he developed an interest in science. Through his uncle’s books on economics and psychology, Simon discovered the social sciences. In 1933, Simon entered the University of Chicago, and studied the social sciences and mathematics. Originally, Simon was interested in biology, but chose not to study it because of his “color-blindness and awkwardness in the laboratory”. Simon received both his B.A. (1936) and his Ph.D. (1943) in political science, from the University of Chicago, where he studied under Harold Lasswell, Nicholas Rashevsky, Rudolf Carnap,[7] Henry Schultz, and Charles Edward Merriam.

After enrolling in a course on “Measuring Municipal Governments,” Simon was invited to be a research assistant for Clarence Ridley, with whom he coauthored the book, Measuring Municipal Activities, in 1938. After graduating with his undergraduate degree, Simon obtained a research assistantship in municipal administration which turned into a directorship at the University of California, Berkeley. From 1942 to 1949, Simon was a professor of political science and also served as department chairman at Illinois Institute of Technology. In 1949, he became a professor of administration and psychology at the Carnegie Institute of Technology (now Carnegie Mellon University), later becoming the Richard King Mellon University Professor of Computer Science and Psychology there. He began a more in-depth study of economics in the area of institutionalism there.

“The criterion of efficiency dictates that choice of alternatives which produces the largest result for the given application of resources.”
– H. Simon (1945), as quoted in [17]

Herbert A. Simon is best known for his work on the theory of corporate decision making known as “behaviourism.” In his influential book Administrative Behavior (1947), Simon sought to replace the highly simplified classical approach to economic modeling—based on a concept of the single decision-making, profit-maximizing entrepreneur—with an approach that recognized multiple factors that contribute to decision making. According to Simon, this theoretical framework provides a more realistic understanding of a world in which decision making can affect prices and outputs. Crucial to this theory is the concept of “satisficing” behaviour—achieving acceptable economic objectives while minimizing complications and risks—as contrasted with the traditional emphasis on maximizing profits.[1]

A Pioneer of Artificial Intelligence

Herbert Simon has made a great number of profound and in depth contributions to both economic analysis and applications. Simon also was a pioneer in the field of artificial intelligence, creating with Allen Newell the Logic Theory Machine (1956) and the General Problem Solver (GPS) (1957) programs. Both programs were developed using the Information Processing Language (IPL) (1956) developed by Newell, Cliff Shaw, and Simon. In 1957, Simon predicted that computer chess would surpass human chess abilities within “ten years” when, in reality, that transition took about forty years.

In the early 1960s psychologist Ulric Neisser asserted that while machines are capable of replicating ‘cold cognition’ behaviors such as reasoning, planning, perceiving, and deciding, they would never be able to replicate ‘hot cognition’ behaviors such as pain, pleasure, desire, and other emotions. Simon responded to Neisser’s views in 1963 by writing a paper on emotional cognition, which was largely ignored by the artificial intelligence research community, but subsequent work on emotions by Sloman and Picard helped refocus attention on Simon’s paper and eventually, made it highly influential on the topic. With Allen Newell, Simon developed a theory for the simulation of human problem solving behavior using production rules The study of human problem solving required new kinds of human measurements and, with Anders Ericsson, Simon developed the experimental technique of verbal protocol analysis. Simon was interested in the role of knowledge in expertise. He said that to become an expert on a topic required about ten years of experience and he and colleagues estimated that expertise was the result of learning roughly 50,000 chunks of information. A chess expert was said to have learned about 50,000 chunks or chess position patterns. In 1975 Herbert A. Simon was awarded the ACM A.M. Turing Award along with Allen Newell.

Simon was interested in how humans learn and, with Edward Feigenbaum, he developed the EPAM (Elementary Perceiver and Memorizer) theory, one of the first theories of learning to be implemented as a computer program. Simon also has been credited for revolutionary changes in microeconomics, where he introduced the concept of organizational decision-making as it is known today. He was the first to discuss this concept in terms of uncertainty, in the sense that it is impossible to have perfect and complete information at any given time to make a decision. It was in this contribution that he was awarded the Nobel Prize in 1978.

Simon was known for his research on industrial organization, where he determined that the internal organization of firms and the external business decisions thereof, did not conform to the Neoclassical theories of “rational” decision-making. He determined that the best way to study these areas was through computer simulation modeling. Simon’s theories in microeconomics continue to be used widely. His proposal of the firm as a “satisfying,” rather than “maximizing” agent, is the basis of industrial organization today, and is an integral part of the so-called “New Institutionalist Economics.” [4]

In January 2001, he underwent surgery at UPMC Presbyterian to remove a cancerous tumor in his abdomen. Although the surgery was successful, Simon later succumbed to the complications that followed on February 9, 2001.