You are here: Home › aviation › The Seaplanes of Claude Dornier 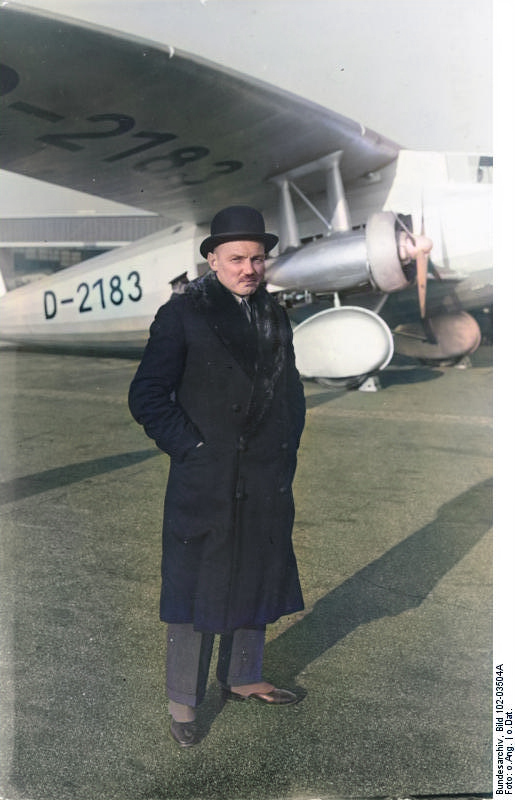 On May 14, 1884, German airplane builder and entrepreneur Claudius Dornier was born. His legacy remains in the few aircraft named after him, including the Dornier Do 18 and the 12-engine Dornier Do X flying boat, for decades the world’s largest and most powerful airplane.

Dornier studied engineering at the Technical University of Munich and began his career in Karlsruhe in 1907. Unfortunately, his father fell very ill and could not take care of his wine shop anymore. Dornier now had to finance his entire family and take care of his father’s business. In 1910, he was hired by Luftschiffbau Zeppelin GmbH and he attracted attention through his brilliance in engineering, his innovative mind and economic success. He invented the rotatable zeppelin hangar and made significant contributions to the construction process of zeppelins. With the significant advancements of French engineers building aircraft heavier than air, Dornier’s interest in the topic increased as well. Count Ferdinand Zeppelin decided to go in two different directions. On the one hand he wanted to build very large aircraft and on the other hand he told Dornier to construct a flying boat.

Along with his team of engineers, Dornier moved into a newly built hangar outside Friedrichshafen, where they built the flying boats Rs I – IV. In 1917, the engineer managed to transform his department into an independent company of the Zeppelin group. During this time, Claude Dornier developed one of the most important and forward-looking design traditions of metal aircraft construction, which was founded with the support of his colleagues Hanns Klemm, Alexander Lippisch,[4] Adolf Rohrbach and Richard Vogt. Hugo Junkers, the other major pioneer in metal aircraft construction, on the other hand, used trusses as the static basis, which were only reinforced with corrugated sheeting for planking.[5] 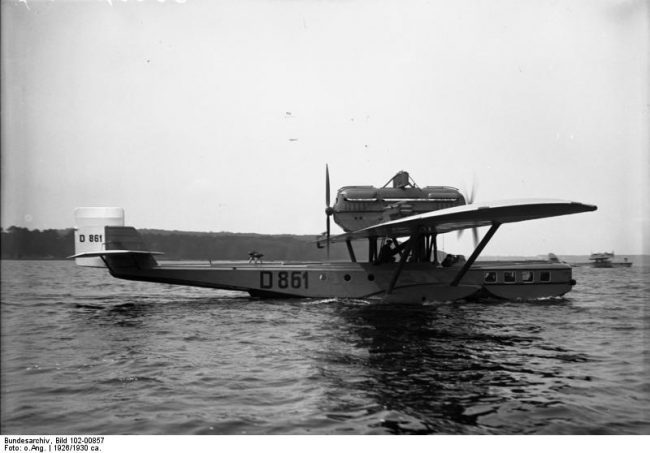 After the war, Dornier began building a six-passenger aircraft as well and performed the very successful maiden-flights in June, 1919. Dornier’s problems came up, when the general construction of military aircraft was prohibited in Germany  due to its obligations of the Versailles treaty. Fortunately, three of Dornier’s passenger aircraft remained and were built, but in 1920 any aircraft construction was banned. Dornier got creative and rented a small shed in Rohrschach, Switzerland, where he continued making more aircraft parts. Claudius Dornier then began fundamental and design research on the strength of light metals, then on aircraft engineering and giant metal seaplanes. He designed the legendary Dornier Wal seaplane in 1922. Working from home with his team, they managed to improve his Gs I plane model, which was the foundation for the famous Do X flying boat that was developed in the later 1920s. She was the biggest plane of her time.[6]

However, with the starting economic crisis in fall 1929, the aircraft industry decreased dramatically. The economy of the aircraft industry started with the nomination of Hermann Göring as the German aeronautics commissioner. When Hitler came into power, the German Air Force was immediately expanded and Dornier had just finished the development of the Do F, an airplane that was described as a cargo plane but was really a bomber. After several changes, the bomber Do 13 was produced starting in 1933. In the following years, Dornier also made profit from international deals with the Do 24, another flying-boat for maritime patrol, search and rescue. But next to military projects, the engineer also devoted much of his life time to improving his flying-boat models in order to cross the Atlantic Ocean and designed the Do 214. However, Germany prepared for war and projects like these were no longer allowed. The parts of the plane that were already built had to be destroyed and the development was completely put on ice. Dornier was now appointed to build only the military planes that were ordered by the government. 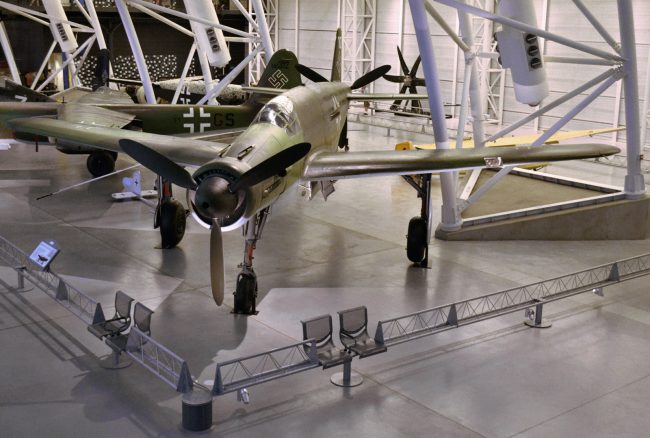 From 1942 Claude Dornier finally began to develop an aircraft that embodied his tandem arrangement of the engines in its purest form and which was based on a patent he had applied for in 1937. The Dornier Do 335 was a heavy fighter bomber powered by an engine with a propeller in the bow and an engine behind the pilot, which moved a pressure screw in the tail via a long-distance shaft. This design required both a nose wheel landing gear and an ejector seat, two design elements that occurred here for the first time. As the technical highlight of Claude Dornier’s aircraft developments, the Do 335 not only showed many exemplary details but also a whole series of unsolved problems and weaknesses. After all, the Do 335 was the fastest piston engine powered aircraft in the world manufactured in (small) series.

The engineer faced consequences times after the war as well. Even though he was not seen as a threat by the Allied Forces, his company’s hangars and offices were destroyed or confiscated. In Switzerland and Spain he began to rebuild his business until he managed to return to Germany in the 1950s. In 1962, Dornier retired from active management at the age of 78 and left the management to his sons.