You are here: Home › astronomy › Francis Baily and the Baily Beads 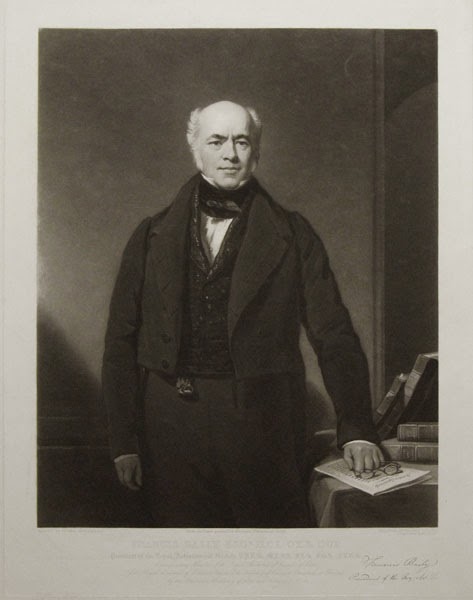 On May 15, 1836, English astronomer Francis Baily for the first time observed the so-called ‘Baily’s beads‘ during an eclipse of the Sun. For sure you know the effect, although you might not have seen it with your own eyes in nature. But, numerous photographs, pictures, and videos have been published, where the phenomenon can be watched. So what are Beailey’s beads?

The Baily’s beads effect is a feature of total solar eclipses. As the moon “grazes” by the Sun during a solar eclipse, the rugged lunar limb topography allows beads of sunlight to shine through in some places, and not in others. Lunar topography has considerable relief because of the presence of mountains, craters, valleys and other topographical features. The irregularities of the lunar limb profile are known accurately from observations of grazing occultations of stars. Astronomers thus have a fairly good idea which mountains and valleys will cause the beads to appear in advance of the eclipse. While Baily’s beads are seen briefly for a few seconds at the center of the eclipse path, their duration is maximized near the edges of the path of the umbra, reaching 1–2 minutes. The most spectacular version is the diamond ring effect that is seen when only one bead is left; a shining diamond set in a bright ring around the lunar silhouette.

“The history of the astronomy of the nineteenth century will be incomplete without a catalogue of his labours. He was one of the founders of the Astronomical Society, and his attention to its affairs was as accurate and minute as if it had been a firm of which he was the chief clerk, with expectation of being taken into partnership.”
— Augustus De Morgan about Francis Baily, in [12]

The name of the phenomenon is in honor of Francis Baily who first provided an exact explanation of the phenomenon in 1836. Born 28th April 1774 in Newbury, Berkshire, the son of Richard Baily, a banker, Francis started a mercantile apprenticeship at the age of fourteen. After a tour in the unsettled parts of North America in 1796–1797 – his journal of his American adventures was posthumously edited and published by mathematician Augustus de Morgan in 1856, Baily entered the London Stock Exchange in 1799. As a financial expert he was very successful and also published several important works on various aspects of the financial world, such as Tables for the Purchasing and Renewing of Leases (1802), or The Doctrine of Interest and Annuities (1808). He succeeded in earning a fortune through diligence and integrity and retired from business in 1825, to devote himself wholly to his most favourite hobby: astronomy. Actually, Baily was a founding member of the Royal Astronomical Society in 1820, serving as its first secretary. 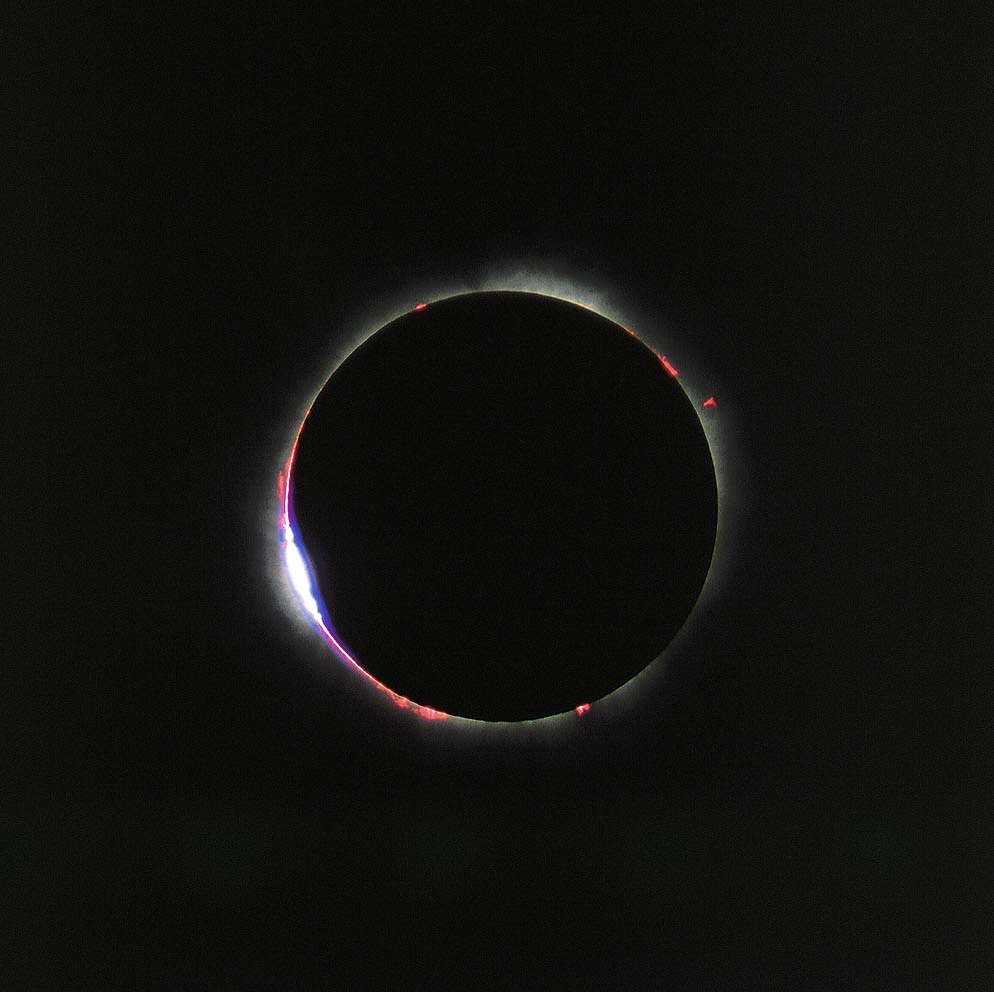 “Baily Beads” at the Solar eclipse from 1999

In 1827, Baily received the Gold Medal of the Royal Astronomical Society for his preparation of the Society’s Catalogue of 2881 stars. Later, he even was elected as president of the society for four consecutive two-year terms prior to his death. Baily seemed to have been possessed with exactness and preciseness. Thus, he was outraged by the inaccuracies in the Nautical Almanac, the tables seamen used to determine longitude by the moon distance method so he edited and correct them for the Board of Longitude. Editing such tables is rather tedious work, but Baily even went one step further. While working on the Nautical Almanac he complained that there was no star catalogue available that met the standards of accuracy necessary for his work so he set out to correct the problem. Over the following years Baily edited, corrected and published the star catalogues of Ptolemaeus, Ulugh Beg, Tycho Brahe, Halley, Flamsteed, Hevelius, Mayer, Lacaille, and D’Agelet and Lalande. No wonder that he was rewarded the academy’s Gold medal again in 1843.

Baily’s observations of “Baily’s Beads”, during an annular eclipse of the sun on 15 May 1836, at Inch Bonney in Roxburghshire, started the modern series of eclipse expeditions. His description of the phenomenon was so vivid as to attract an unprecedented amount of attention to the total eclipse of 8 July 1842, observed by Baily himself at Pavia. He completed Henry Foster’s pendulum experiment to determine the flattening of the earth, which he determined to be 1/289.48. His work to determine the average density of the planet Earth according to the method of Henry Cavendish resulted in a value of 5.66 g/cm³. In 1836 he was accepted as a corresponding member of the Académie des sciences and in 1842 of the Prussian Academy of Sciences Baily died in London on 30 August 1844 and of course there is a crater on the Moon named after the most laborious astronomer.