You are here: Home › aviation › The Rotary Plane of Engelbert Zaschka 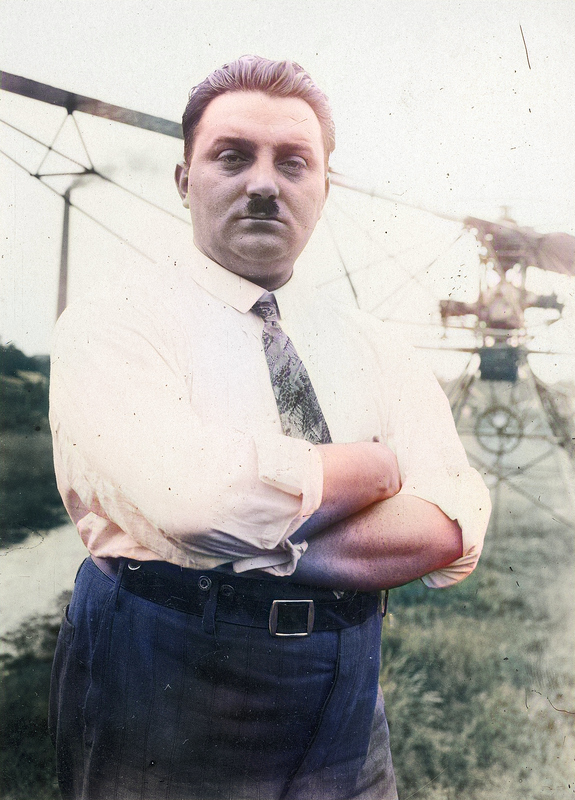 On June 19, 1926, German engineer, designer aviation pioneer Engelbert Zaschka filed a patent on his “Hubschraubenflugzeug” (Zaschka Rotary-Wing Airplane), a predecessor of today’s helicopter. He also constructed a large human-powered aircraft and produced some interesting unorthodox designs for automobils and motorcycles.

The Son of a Musician

Born on September, 1,  1895 in Freiburg im Breisgau, Engelbert Zaschka grew up in a family of musicians. His father taught music and was part of the Freiburg city orchestra and his mother was a singer. However, Zaschka went in a different direction. Already at the age of 14 he filed his first patent and founded an aviation club. It is believed that around that age, Zaschka performed his first flying attempts. In Altenburg, Engelbert Zaschka studied engineering and became chief engineer in Berlin. During the 1930s and 1940s, he was employed as an engineer at the aircraft manufacturing company Henschel.

Zaschka managed to become one of the first German helicopter pioneers. Around 1926 he  presented the Rotationsflugzeug “rotating airplane”. It was equipped with two rotors, in which a gyroscope was used to increase stability and serves as an energy accumulator for a gliding flight to make a landing. However, gliding then meant a straight descent. Further, a swivelling propeller at the rear provided propulsion and rudder control. Zaschka’s machine was probably something between an autogyro and a helicopter. The advantage of Zaschka’s invention was according to the inventor its ability to remain motionless in the air for any length of time and to descend in a vertical line, so that a landing may be accomplished on the flat roof of a large house. The patent for Engelbert Zaschka’s invention was also filed in the United States, Great Britain, France, Switzerland, and Denmark. In 1927, Zaschka managed to actually lift off with his 360 kg heavy machine from the ground and the rotor made about 100 revolutions a minute. 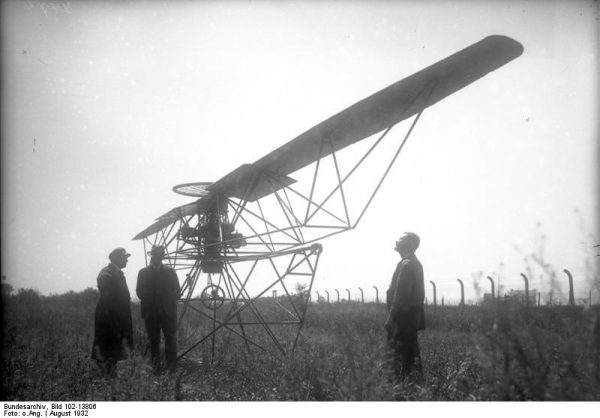 At the airport Berlin-Tempelhof, Zaschka performed further experiments with another model of the Zaschka Rotationsflugzeug. It was 7 meters high and even though he was only able to fly closely above the ground he was able to show that when slowing down the engine, the divide lowered gradually which proved the design successful. It was not until 1936 that Henrich Focke and Gerd Achgelis succeeded in developing the first fully controllable helicopter, the Focke-Wulf Fw 61.

In 1934 he presented the Zaschka Human-Power Aircraft (Zaschka-HPA).19] The construction was like a large human-powered monoplane. It was equipped with a narrow wing that spanned approximately 20 meters. The frame of the Zaschka Muscle Power Aircraft was made of steel tubes. To take off, the aircraft was accelerated to nominal airspeed by up to four men.

Unfortunately, the project was soon discontinued due to the lack of further financial resources. Next to his Rotationsflugzeug, Engelbert Zaschka became further famous for the folding-Zaschka three-wheeler. This city car concept was aimed to be cost effective and space saving, since it could be dismantled and folded. It was designed in such a way that it could be dismantled by two people within five minutes. It also took about five minutes to set up.29] The car reached a top speed of 40 to 50 km/h.

A Predecessor of Fuller’s Dymaxion

Engelbert Zaschka’s dismountable three-wheeled car included functions of importance to American architect and engineer Richard Buckminster Fuller.[4] Zashka’s compact car was a tricycle car, like Fuller’s Dymaxion car (1933). However, the Zaschka car could be easily folded, dismantled and reassembled, as could Fuller’s Dymaxion house and many of his geodesic domes.