You are here: Home › art › Merz Pictures – The Collages of Kurt Schwitters 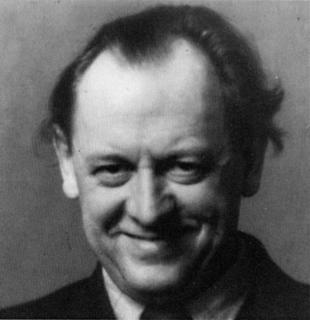 On June 20, 1887, German artist Kurt Hermann Eduard Karl Julius Schwitters, known as Kurt Schwitters was born. Schwitters worked in several genres and media, including Dadaism, Constructivism, Surrealism, poetry, sound, painting, sculpture, graphic design, typography, and what came to be known as installation art. He is most famous for his collages, called Merz Pictures.

Kurt Schwitters was born in Hanover, Germany, the only child of Eduard Schwitters, the (co-)proprietor of a ladies’ clothes shop, and his wife Henriette. The business was sold in 1898, and the family used the money to buy some properties in Hanover, which they rented out, allowing the family to live off the income for the rest of Schwitters’ life in Germany. In 1901, Schwitters suffered his first epileptic seizure, a condition that would exempt him from military service in World War I until late in the war, when conscription were loosened. After studying art at the Dresden Academy alongside Otto Dix and George Grosz from 1909–15, Schwitters returned to Hanover and started his artistic career as a post-impressionist. As the First World War progressed his work became darker, gradually developing a distinctive expressionist tone.

Schwitters spent the last one-and-half years of the war working as a drafter, which influenced his later work, and inspired him to depict machines as metaphors of human activity. In 1918, his art was to change dramatically as a direct consequence of Germany’s economic, political, and military collapse at the end of the First World War. Schwitters showed two Abstraktionen (semi-abstract expressionist landscapes) at Herwarth Walden’s gallery Der Sturm, in Berlin, in June 1918, where he met members of the Berlin Avant-garde, including Raoul Hausmann, Hannah Höch, and Hans Arp. Whilst Schwitters still created work in an expressionist style into 1919 and would continue to paint realist pictures up to his death in 1948, the first abstract collages, influenced in particular by recent works by Hans Arp, would appear in late 1918, which Schwitters dubbed Merz after a fragment of found text from the phrase Commerz Und Privatbank (commerce and private bank) in his work Das Merzbild.

By the end of 1919 he had become a well-known artist, after his first one-man exhibition at Der Sturm gallery and the publication of the poem An Anna Blume (translated as ‘To Anna Flower‘, or ‘To Eve Blossom‘), a dadaist, non-sensical love poem.

Schwitters asked to join Berlin Dada, but according to Hausmann was rejected because of Schwitters’ links to Der Sturm and to Expressionism in general, which were seen by the Dadaists as hopelessly romantic and obsessed with aesthetics. Ridiculed by Huelsenbeck as ‘the Caspar David Friedrich of the Dadaist Revolution’, he would reply with an absurdist short story Franz Mullers Drahtfrühling, Ersters Kapitel: Ursachen und Beginn der grossen glorreichen Revolution in Revon published in Der Sturm (xiii/11, 1922), which featured an innocent bystander who started a revolution ‘merely by being there‘.

Merz and the Merz Picture

In 1922 Theo van Doesburg organised a series of Dada performances in the Netherlands, which comprised acts and performances by Theo van Doesburg, Nelly van Doesburg as Petrò Van Doesburg, and Kurt Schwitters. Merz has been called ‘Psychological Collage‘. Most of the works attempt to make coherent aesthetic sense of the world around Schwitters, using fragments of found objects. These fragments often make witty allusions to current events. Merzpicture 29a, Picture with Turning Wheel, 1920 for instance, combines a series of wheels that only turn clockwise, alluding to the general drift Rightwards across Germany. Later collages would feature proto-pop mass media images. Whilst these works were usually collages incorporating found objects, such as bus tickets, old wire and fragments of newsprint, Merz also included artists’ periodicals, sculptures, sound poems and what would later be called “installations“. Schwitters was to use the term Merz for the rest of the decade.

As the political climate in Germany became more liberal and stable, Schwitters’ work became less influenced by Cubism and Expressionism. He published a periodical, also called Merz, between 1923–32, in which each issue was devoted to a central theme. His work in this period became increasingly Modernist in spirit, with far less overtly political context and a cleaner style, in keeping with contemporary work by Hans Arp and Piet Mondrian. After the demise of Der Sturm Gallery in 1924 he ran an advertising agency called Merzwerbe, which held the accounts for Pelikan inks and Bahlsen biscuits, amongst others, and became the official typographer for Hanover town council between 1929 and 1934.

Alongside his collages, Schwitters also dramatically altered the interiors of a number of spaces throughout his life. The most famous was the Merzbau, the transformation of six rooms of the family house in Hanover from 1923 until he fled to Norway in early 1937. Most of the house was let to tenants, so that the final extent of the Merzbau was less than is normally assumed. In 1943 it was destroyed in an Allied bombing raid. Early photos show the Merzbau with a grotto-like surface and various columns and sculptures, possibly referring to similar pieces by Dadaists. 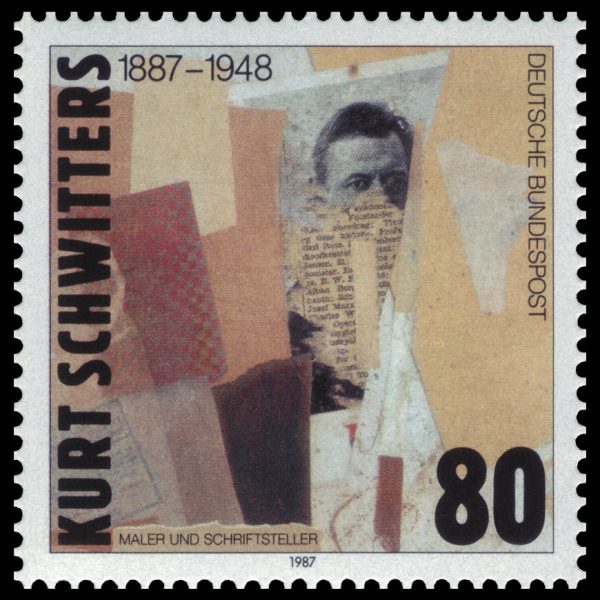 World War 2 and the Artists Camp

Schwitters composed and performed an early example of sound poetry, Ursonate (1922–32; a translation of the title is Original Sonata or Primeval Sonata). The poem was influenced by Raoul Hausmann’s poem “fmsbw” which Schwitters heard recited by Hausmann in Prague, 1921. As the political situation in Germany under the Nazis continued to deteriorate throughout the 1930s, his work began to be included in the Entartete Kunst (Degenerate Art) touring exhibition organised by the Nazi party from 1933. He lost his contract with Hanover City Council in 1934 and examples of his work in German museums were confiscated and publicly ridiculed in 1935. In 1937 Schwitters fled to Norway to join his son Ernst, who had already left Germany the year before. Following Nazi Germany’s invasion of Norway, Schwitters was amongst a number of German citizens who were interned by the Norwegian authorities at Vågan Folk High School in Kabelvåg on the Lofoten Islands. Following his release, Schwitters fled to Leith, Scotland with his son and daughter-in-law. By now officially an ‘enemy alien’, he was moved between various internment camps in Scotland and England before arriving on 17 July 1940 in Hutchinson Camp in the Isle of Man. The camp was soon known as “the artist’s camp”, comprising as it did many artists, writers, university professors and other intellectuals. In this environment, Schwitters was popular as a character, a raconteur and as an artist.

He produced over 200 works during his internment, including more portraits than at any other time in his career, many of which he charged for. After obtaining his freedom in 1941, Schwitters moved to London, hoping to make good on the contacts that he had built up over his period of internment. In London he made contact with and mixed with a range of artists, including Naum Gabo, László Moholy-Nagy and Ben Nicholson. During his years in London, the shift in Schwitters’ work continued towards an organic element that augmented the mass-produced ephemera of previous years with natural forms and muted colours. In April 1944 he suffered his first stroke, at the age of 56, which left him temporarily paralyzed on one side of his body. In March 1947, Schwitters decided to recreate the Merzbau and found a suitable location in a barn at Cylinders Farm, Elterwater. Schwitters worked on the Merzbarn daily, travelling the five miles between his home and the barn, except for when illness kept him away.

On 7 January 1948 Schwitters received the news that he had been granted British citizenship. The following day, Schwitters died from acute pulmonary edema and myocarditis.