You are here: Home › social science › Robert Redfield and the Folk-Urban Continuum 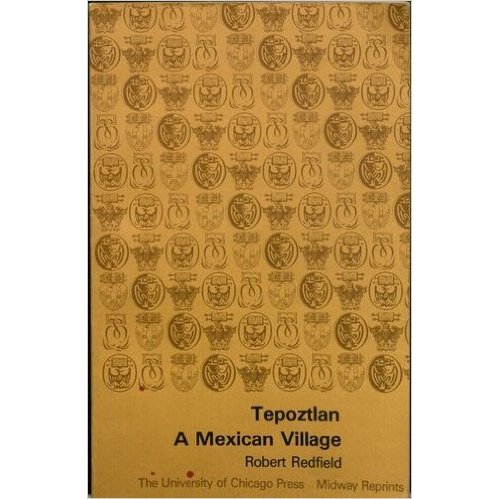 On December 4, 1897, American anthropologist and ethnolinguist Robert Redfield was born. Redfield‘s ethnographic work in Tepoztlán, Mexico is considered a landmark Latin American ethnography. From his studies of Mexican communities, Redfield developed a theory (1956) of a folk-urban continuum, to account for the differences between folk society and urban society.

Robert Redfield was the son-in-law of University of Chicago sociologist Robert E. Park. In 1923 he and his wife Margaret traveled to Mexico, which aroused his interest in the country and its problems and he decided to pursue ethnology instead of law. There, he also met Manuel Gamio, a Mexican anthropologist who had studies with Franz Boas.

Redfield graduated from the University of Chicago with Communication Studies, eventually with a J.D. from its law school (1921) and then a Ph.D. in cultural anthropology (1928) , which he began to teach in 1927. Redfield began his anthropological training just as the discipline was completing its transformation from a museum-oriented field to one that sought systematically to study the “patterns and mechanisms of social behavior.”[2] In 1930 he was appointed associate professor at the new Department of Anthropology at the University.

He first researched Mexicans in Chicago, but soon returned to Mexico, where he began to be interested in the problems of folk societies. Results of his field endeavours appeared in Tepoztlán, a Mexican Village (1930), which gained prompt recognition as an innovative work. Further publications on this topic were “Chan Kom: A Maya Village” (1934), co-authored together with Alfonso Villa Rojas, who became one of Mexico’s foremost anthropologists, which contained observations of contemporary Maya culture and considered a new question for anthropology in the 1930s, acculturation, and “The Folk Culture of Yucatan” (1941), a comparison of a tribal community, a peasant village, a provincial town, and Mérida, the Yucatán capital. This work elaborated a hypothetical continuum indicating how the growth of a small, isolated community into a large, heterogeneous society involves progressive degrees of social change and cultural disorganization.[1]

From 1934 to 1946 Redfield was professor and dean of the Department of Social Sciences, and in 1946 he became president of the Department of Anthropology. In 1948 he travelled to China as a Fulbright scholar with his wife, where he was a visiting professor at the University of Peiping. Due to the establishment of the Communist People’s Republic in 1949, however, he had to leave the country very soon. In 1950 he was elected to the American Academy of Arts and Sciences. Returning to the Mayan village Chan Kom in 1948, Redfield observed changes that had taken place since his earlier work there and wrote A Village That Chose Progress (1950).[1]

In 1953 he published The Primitive World and its Transformation and in 1956, Peasant Society and Culture. Moving further into a broader synthesis of disciplines, Redfield embraced a forum for interdisciplinary thought that included archeology, anthropological linguistics, physical anthropology, cultural anthropology, and ethnology. Redfield wrote in 1955 about his own experience doing research in Latin America on peasants. As he did research, he realized he had been trained to treat the society as an isolated culture. However, he found people were involved with trade, and there were connections between villages and states. More than that, the village culture was not bounded. Beliefs and practices were not isolated. Redfield realized it did not make sense to study people as isolated units, but rather it would be better to understand a broader perspective. Traditionally, anthropologists studied folk ways in the “little tradition”, taking into account broader civilization, the “great tradition”.

Redfield’s later study of the civilizations of China and India, which he visited, suggested his concept of civilizations as cultural systems of interdependent, coexisting “great” and “little” traditions. He dealt with these concepts in The Little Community (1955) and Peasant Society and Culture (1956).[1] Leaving the more narrowly defined field of folk and peasant studies, Redfield sought to understand the implications of wider cultural change. Influenced by the work of Milton Singer, Redfield began to synthesize anthropological studies into an historical study of civilization.[2]

Philosophically, Redfield was a naive realist, that is, he assumed a reality independent of the knower of it and treated ideas about the world as forms of thought that were more or less adequate according to the uses made of them. This pragmatic and contextual approach to knowledge stood in contrast to the positivism of social scientists who looked primarily to physics for a model of the sciences and who thought Redfield’s approach was more “humanistic” than it actually was — humanistic in the sense of romantic, imprecise, unscientific, or even antiscientific.[3]