You are here: Home › biology › Richard Kuhn and his Work on Carotinoids and Vitamins 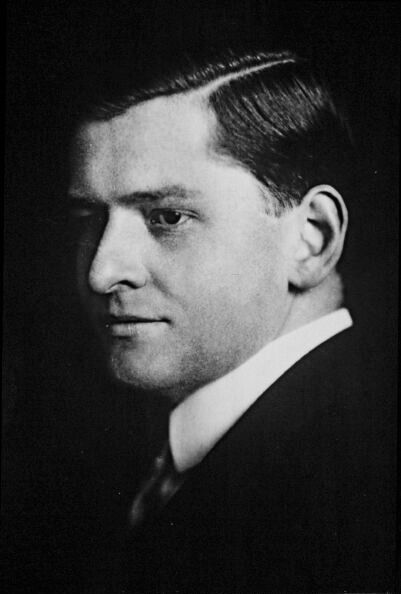 On December 3, 1900, Austrian-German biochemist Richard Johann Kuhn was born. Kuhn was awarded the Nobel Prize in Chemistry in 1938 “for his work on carotenoids and vitamins“. Kuhn is also credited with the discovery of the deadly nerve agent Soman in 1944.

Richard Kuhn was born in Vienna, Austria, where he also attended elementary school and the Döblinger Gymnasium. From 1910 to 1918 he attended the same classes as the later Nobel Prize winner Wolfgang Pauli.[1] In 1918 he began studying chemistry at the University of Vienna, but like his school friend Pauli he moved to the Ludwig-Maximilians-University of Munich in 1919. During this time Kuhn was also involved as a volunteer in the suppression of the Munich soviet republic. In Munich in 1922 he received his doctorate with a thesis “On the specificity of enzymes” from Richard Willstätter. In 1925 he earned his habilitation there with a “Contribution to the configuration problem of starch“. His publications until 1926 from Munich describe further results on the enzyme topic. Also he published 1928 again with Willstätter, who had resigned from all offices after the summer semester 1925, last results

In 1925, Richard Kuhn became private lecturer for General and Analytical Chemistry at the Swiss Federal Institute of Technology Zurich and one year later he became full professor for General and Analytical Chemistry and also his schoolmate Wolfgang Pauli became professor of theoretical physics at the ETH Zurich in 1928. At the Kaiser Wilhelm Institute for Medical Research, Kuhn became research associate and later head of the department. His publications from 1927 to 1930 dealt with purely organic topics such as stereochemistry and polyunsaturated hydrocarbons.

In 1929 Kuhn became a research associate at the Kaiser Wilhelm Society and in 1930 head of the chemistry department of the Kaiser Wilhelm Institute for Medical Research in Heidelberg, which was founded in 1929. This was also associated with the right to teach at the Ruprecht-Karls-University in Heidelberg. This KWI research institution “for medical research”, headed by Ludolf von Krehl, combined the departments of physics (Karl-Wilhelm Hausser), chemistry (R. Kuhn) and physiology (Otto Meyerhof) with pathology (von Krehl). After Krehl’s death, he became director of the entire KWImF in Heidelberg in 1937. In connection with this appointment, he also accepted a professorship for biochemistry at the University of Heidelberg and a visiting professorship for physiological chemistry at the University of Pennsylvania in Philadelphia in 1938.

Richard Kuhn mainly focused on the research of plant pigments and vitamins. He found many results independent of and parallel to Paul Karrer who had been awarded the Nobel Prize in 1937 for his research in this field. Along with his colleagues Edgar Lederer and Alfred Winterstein, he used chromatographic methods developed by Michael Tswett and considerably improved by Richard Willstätter, to isolate these sensitive substances. In 1938, Richard Kuhn was able to synthesize vitamin B6 and was awarded the Nobel Prize in Chemistry “for his work on carotenoids and vitamins“, which he received only in 1948 due to a decree of the National Socialist rulers.

After the end of World War II, he first taught in the United States. In 1953 he returned to Germany as an Austrian. Kuhn, who had already been director of the Kaiser Wilhelm Institute for Medical Research from 1937 to 1945, became director of the Max Planck Institute for Medical Research again after the transition of the Kaiser Wilhelm Society into the Max Planck Society. He was an honorary member of the Austrian Academy of Sciences and received numerous international awards. In 1958 he was awarded the Paul Ehrlich and Ludwig Darmstaedter Prize and the Pour le mérite for Science and the Arts.

Kuhn collaborated with high-ranking Nazi officials and denounced three of his Jewish co-workers in 1936. In 2005, he Society of German Chemists (Gesellschaft Deutscher Chemiker, GDCh) declared their intention to no longer award the Richard Kuhn Medal: “The board of the GDCh intends to discontinue awarding the Medal named after the organic chemist, Nobel Prize laureate of the year 1938 and President of the GDCh in 1964–65, Richard Kuhn. The board thereby draws the consequences out of research on Richard Kuhn’s behaviour during National Socialism. Even though the question of whether Kuhn was a convinced National Socialist or just a career-oriented camp follower is not fully answered, he undisputably supported the Nazi-regime in administrative and organizational ways, especially by his scientific work. Despite his scientific achievements, Kuhn is not suitable to serve as a role model, and eponym for an important award, mainly due to his unreflected research on poison gas, but also due to his conduct towards Jewish colleagues”.