You are here: Home › geography › Robert S. Dietz and the Seafloor Spreading 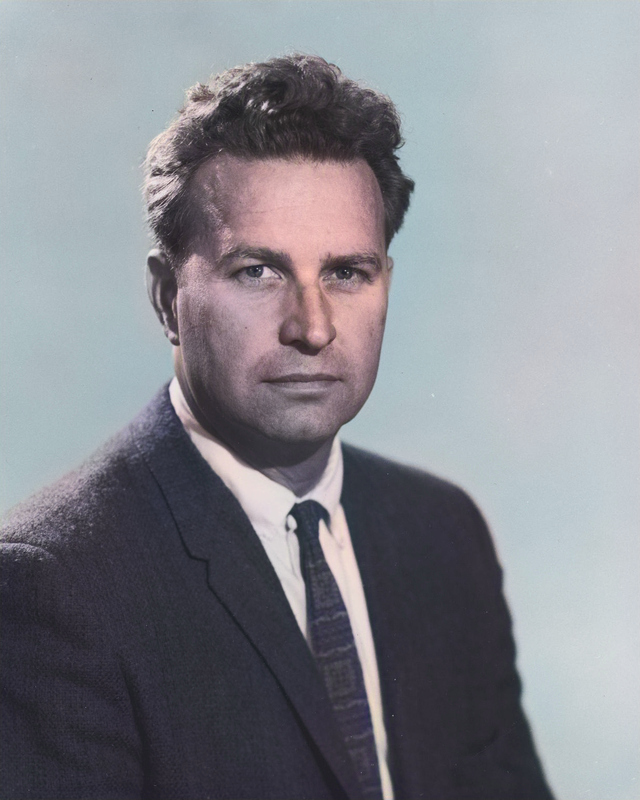 On September 14, 1914, US marine geologist, geophysicist and oceanographer Robert Sinclair Dietz was born. He is best known for his pioneering research along with Harry Hammond Hess concerning seafloor spreading (a term he coined), in which new crustal material continually upwells from the Earth’s depths along the mid-ocean ridges and spreads outward at a rate of several inches per year.

Robert Dietz was educated at the University of Illinois starting from 1933 and received his Ph.D. in geology and minor in chemistry in 1941. During his studies, Dietz worked together with the Scripps Institution of Oceanography (SIO) under the direction of his mentor, Francis P. Shepard. As part of their research, Dietz and his professor Shepard first described the submarine phosphorites of California.

Unfortunately, Robert Dietz was not able to get a position as a marine geologist after receiving his doctorate and was called to active duty as a ground officer in the U.S. Army Air Corps and had many missions in South America. After his service, Dietz was asked by Dr. Eugene LaFond to organize a sea-floor studies group at the Naval Electronics Laboratory (NEL) in San Diego, which he accepted. Robert Dietz became the director and founder of the Sea Floor Studies Section of NEL and now had the opportunity to be a geological oceanographer on Admiral Richard E. Byrd‘s last expedition to Antarctica.[3]

Dietz devoted much of his time to oceanographic cruises to explore the Pacific basin. In 1950, Robert Dietz and H. William Menard described the Cape Mendocino submarine scarp on MidPac. Along with Robert Dill, Dietz also made the first map of the deep sea fan at the mouth of Monterey Submarine Canyon that showed large amounts of sediments channeled into the deep sea from the continent.

In the early 1950s, his group was among the first in the USA to obtain the newly invented regulators of Émile Gagnan and Jacques Cousteau.[4] With them, they founded a companyGeological Diving Consultants that dived for the oil industry interested in initiating oil exploration off the central California coast. For instance, GDC’s maps were used in the discovery of two major oil fields off Santa Barbara and Point Conception. 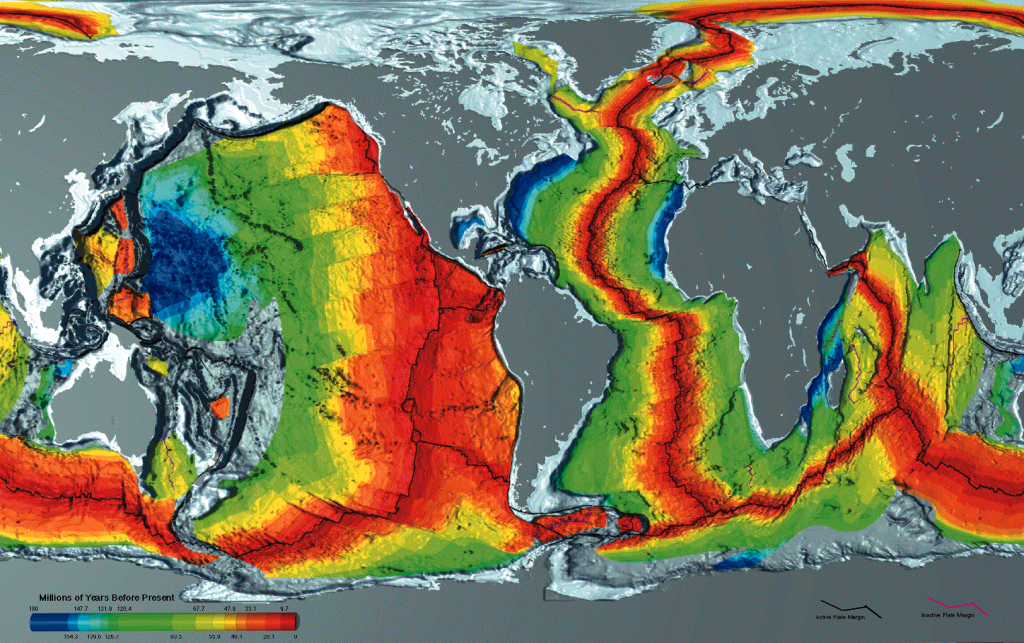 Robert Dietz and his colleagues accomplished numerous cruises to the Gulf of California and mapped the submarine canyons while diving. The team also filmed underwater footage and took pictures of the geological processes. Their work contributed to many scientific publications. Dietz himself served as a scholar at the University of Tokyo where he studied the trans-Pacific transmission of underwater sound. While employed at the Scripps Institution of Oceanography, he observed the nature of the Hawaiian Emperor Range jutting out of the Hawaiian Midway Islands and in 1953 speculated that something must be carrying these ancient volcanic mountains northward like a conveyor belt. The scientist came to believe that some force must be carrying these old volcanic mountains northward like a conveyer belt and his papers on the topic posed some significant questions in connection with plate tectonic theory. His papers highly contributed to the concept he called sea-floor spreading.

He studied the geomorphology of continental shelves and their submarine canyons and mapped the mouth of the submarine canyon of Monterey. During his later career, Robert Dietz turned his interest towards meteorite impacts and was possbily the first to recognize the Sudbury Basin as an ancient impact event. During the Prague uprising he was in Prague and photographed the insurgents’ battles with Russians, some of which were published in Life magazine. He wrote a book with Jacques Piccard about his record dive in the Mariana Trench. During the cold war he visited oceanographic laboratories in the Soviet Union. In 1988 he was awarded the Penrose Medal of the Geological Society of America and he received the Walter H. Bucher Medal. He received the Humboldt Research Award and the Gold Medal of the US Department of Commerce. The Dietz Bluff, a rock cliff in Antarctica, is named after him.