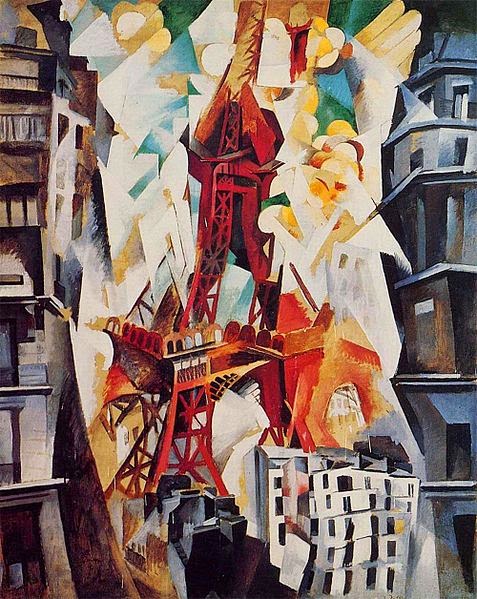 On April 12, 1885, French artist Robert Delaunay was born. Together with his wife Sonia Delaunay and others, he cofounded the Orphism art movement, noted for its use of strong colours and geometric shapes.

Light in nature creates movement in color. The movement is provided by the relationships of uneven measures, of colors contrasts among themselves and constitutes Reality.
– Robert Delaunay

Robert Delauney grew up with his aunt and uncle near Bourges and when he failed his final schooling exam, he declared that he wanted to become a painter. His uncle sent him to Ronsin‘s atelier for decorative arts in Paris. It is assumed that at the age of 19, Delauney decided to completely devote his life to painting. He already managed to contribute several early works to the Salon des Indépendants in 1904. In the following years, Delaunay started becoming friends with the artist Jean Metzinger, with whom he then shared an exhibition. Delauney and Metzinger painted portraits of each other in prominent rectangles of pigment, driven by the Neo-Impressionist movement. However, it is assumed that Metzinger‘s Neo-Impressionist period lasted a lot longer than Delauney’s. 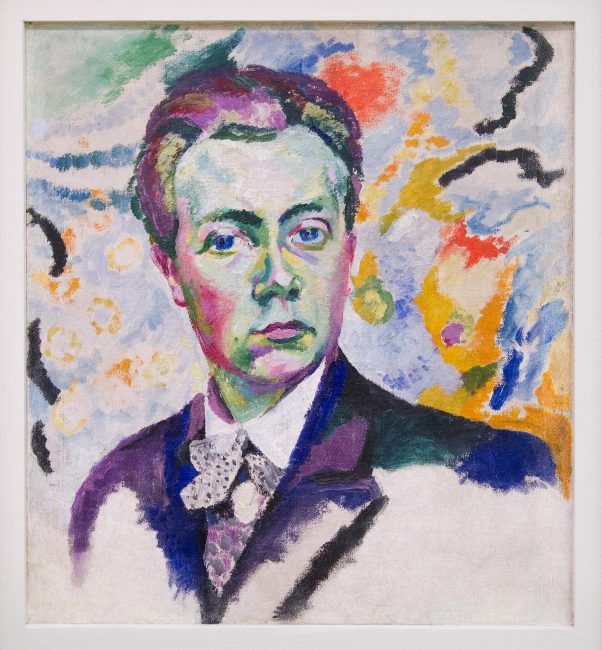 However, Robert Delaunay is most closely identified with Orphism. He started studying color and lighting intensively, influenced by many artists including Macdonald Wright, Morgan Russell, Patrick Bruce, The Blaue Reiter group, August Macke, Franz Marc, Paul Klee, and Lyonel Feininger.[4] Delauney became known as an artist, who painted with brilliant colors that increased the dynamic in his pictures dramatically. Delauney also started publishing his theories on color, which were highly influenced by scientists on the one hand, but also turned out to be rather intuitive on the other. Often, statements based on the belief that color is a thing in itself with its own powers of expression and form could be read.

In 1908, Delauney met Sonia Terk, his later wife. In the meantime, the artist began painting several works in the city of Paris, including the Eiffel Tower. Delauney’s influence in Switzerland, Russia, and Germany grew as well and he was invited to join the Munich based group ‘Der Blaue Reiter‘. The artist traveled to Berlin in 1913 for an exhibition of his work at Galerie Der Sturm. However, Delauney’s influence soon began to spread across Europe. When World War I started, the artist couple traveled to Spain and immediately decided not to return to France for a while. They moved to Portugal the year after, while Robert was declared a deserter. However, he was later declared unfit for military duty. Next bad news did not take long. Due to the Russian Revolution, Sonia was no longer financially supported by her family. When trying to engage a working relationship with Paul Poiret, it is said that he refused a cooperation in 1920 due to her marriage with a ‘deserter‘. The couple returned to France three years after the war and Robert continued painting in increasingly abstract styles.

Robert and Sonia Delaunay are today known for “relaunching the use of color during the monochromatic phase of Cubism“. Together they became key figures in the movement, especially their early works ‘Finnish Girl‘ (Sonia) and ‘Paysage au disque‘ (Robert) played a major role. In Robert’s Eiffel Town Series, the subject is portrayed as if seen from several viewpoints at once, adapting the concept of mobile perspective by Metzinger. In 1913 the Delaunays showed their works in the Salon des Indépendants and the Herbst Salon, the latter being the first Orphist Salon, which also hosted works by Picabia, Metzinger, Gleizes, Léger, and Futurist painters. Unlike others associated with Orphism, the Delaunays would return to this style throughout their lives. 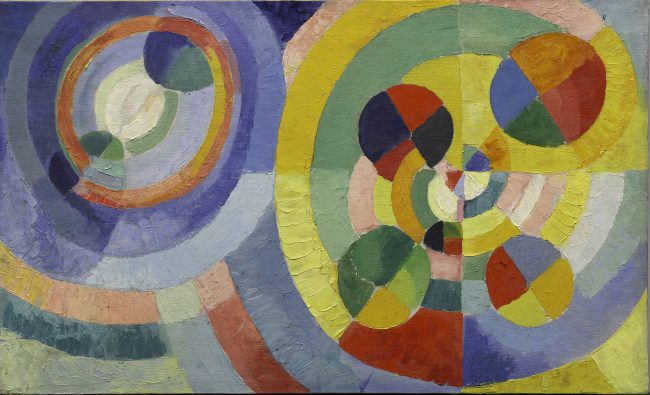 The War and Then

When the war broke out in 1914, the Delaunay couple stayed in Spain and decided not to return to France. First called up, then declared a deserter of the flag, Delaunay was written on 3 June 1916 in the French consulate in the Spanish town of Vigo as unfit for war. After the First World War, the couple returned to Paris in 1921 and moved into an apartment on Boulevard Malesherbes. 19th Delaunay established contacts with the still young circle of Dadaists and later Surrealists such as André Breton and Louis Aragon. In 1922 his works were exhibited at the Paul Guillaume Gallery, and he began his second series with depictions of the Eiffel Tower. In 1924 his runner pictures followed, and in 1925 he created frescoes for the Palais de l’Ambassade de France for the Exposition internationale des arts décoratifs in Paris. From the beginning of the 1930s, after a long interruption, he continued his work on abstract circular forms. He created the series Rythmes, which takes up again the themes of the 1913 disc and the circular form. In 1931 he joined the group Abstraction-Création together with his wife. He made decorations for the Palais de l’Aéronautique and the Pavillon des Chemins de Fer for the Paris World Exhibition in 1937. In 1940 the Delaunay couple moved to the Auvergne due to the German occupation of France and in winter to Mougins in southern France. Robert Delaunay died of cancer the following year in Montpellier.