You are here: Home › engineering › Leo Fender and the Success of the Electric Guitar 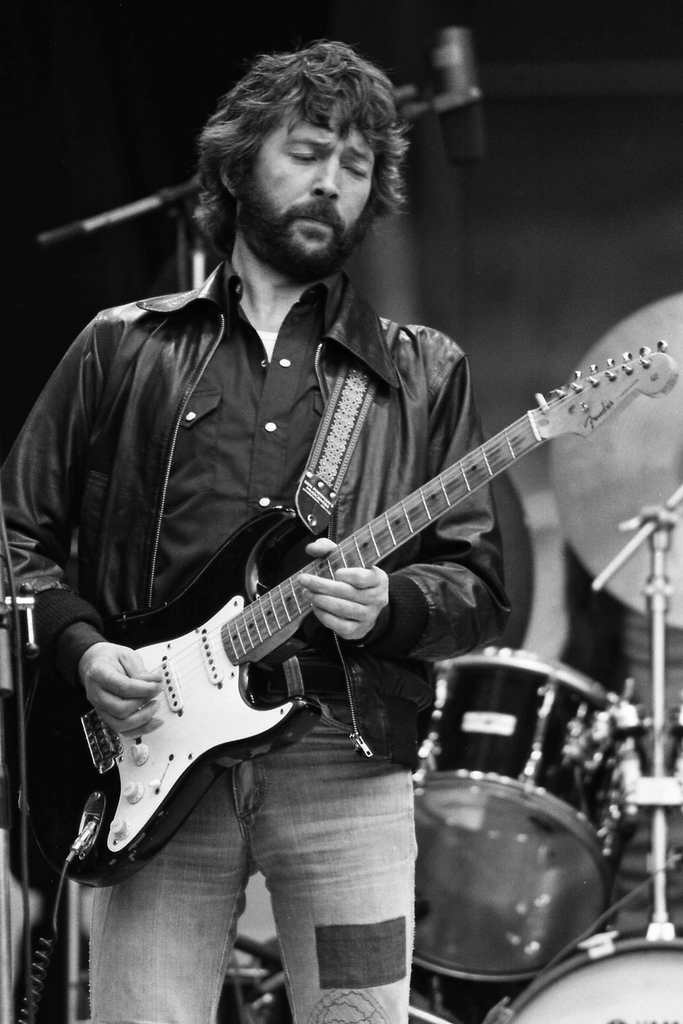 On March 21, 1991, American inventor  “Clarence Leonidas “Leo” Fender passed away. Fender developed the first solid-body electric guitar to be mass-produced: the Fender Broadcaster in 1948. His Stratocaster (1954) should become one of the most favored model of rock guitarists.

“The design of each element should be thought out in order to be easy to make and easy to repair.”
– Leo Fender [8]

Leo Fender was born on August 10, 1909. When he was approximately 13 years old, his uncle who ran an automotive-electric shop, sent him a box filled with discarded car radio parts, and a battery. Fender began playing around with these electronics and when visiting his shop in California, was fascinated by the radio he had built from spare parts and placed on display in the front of the shop. Leo Fender also began repairing radios in a small shop in his parents’ home.

He received his education from Fullerton Union High School and Fullerton Junior College. He studied to become an accountant, but continued to teach himself electronics. Fender took a job as a delivery man for a storage company after graduating and later became their bookkeeper. Around these years, a local musician asked Leo Fender to build a public address system for use by his band at dances in Hollywood. He was then contracted to build six of these PA systems. In 1938, he started his own radio repair shop “Fender Radio Service” with 600$ he borrowed. He built, rented and sold PA systems as well as amplifiers for the amplified acoustic guitars that were beginning to show up on the southern California music scene.

After World War II started, Leo Fender met the inventor and lap steel player Clayton Kauffman. They teamed up and started the “K & F Manufacturing Corporation“, designing and building amplified Hawaiian guitars and amplifiers. They also patented a lap steel guitar with an electric pickup already patented by Fender. In 1945, they began selling the guitar, in a kit with an amplifier designed by Fender.

By the end of 1945, Fender (in contrast to Kaufman) was convinced that manufacturing was more profitable than repair and he decided to concentrate on that business instead. They parted ways in the next year and Leo renamed the company the Fender Electric Instrument Company. The first product of the new company was probably a custom lap steel guitar made in 1946 for his friend Noel Boggs.

Fender was annoyed by the fact that he was able to repair the electrical system of the guitars, but not the guitar necks that were usually glued in at that time. So he thought about a new kind of guitar with a screwed-on neck. This guitar should consist of individual, easily replaceable components. In 1950 he and George Fullerton introduced the “Broadcaster“, which was soon renamed Telecaster. In 1951, the Fender Precision Bass followed, a four-string electric bass that would not only replace the double bass but also shape the sound of modern pop music over the years

The company was incredibly successful from the beginning, which Leo Fender also owed to his associates like musician and product engineer Freddie Tavares, as well as to the efforts of sales chief, senior partner and marketing genius Don Randall. Randall worked closely with the immensely talented photographer and designer, Bob Perine. Their catalogs and ads were innovative – such as the “You Won’t Part With Yours Either” campaign, which portrayed people surfing, skiing, skydiving, and climbing into jet planes, all while holding Jazzmasters and Stratocasters. This early success is dramatically illustrated by the growth of Fender’s manufacturing capacity through the 1950s and 1960s. Leo Fender never wanted to learn to play the guitar himself, but had played the saxophone in high school. He had good connections to the Southern Californian music scene, which made it easier for him to spread his vision and made it possible for him not to rely on the traditional approach via a dealer network. At the same time, the way his guitars were made meant that most musicians found his guitars more affordable than those of his competitors (mainly Gibson). Due to the innovative and very effective production concept, Leo Fender’s guitar making in the 1950s became what Henry Ford had been in the 1920s in the automobile industry.[5] Fender’s business was booming and his instruments were well received by musicians.

In 1965, Leo Fender became seriously ill, was no longer able to run the company and therefore agreed to sell it to the media concern CBS for 13 million dollars. It was only after that that he found a doctor who could cure him. Although he officially remained a consultant at CBS for the next few years, he did not enter the office provided for him and became increasingly annoyed with the way CBS produced and developed. In 1971 Leo Fender and his former employees Forrest White and Tom Walker founded the guitar and bass company Tri-Sonic, which was renamed Musitek, Inc. in 1973 and finally Music Man in 1974. In 1979, Leo Fender and old friends George Fullerton and Dale Hyatt started a new company called G&L Musical Products. G&L guitar designs tended to lean heavily upon the looks of Fender’s original guitars such as the Stratocaster and Telecaster, but incorporated innovations such as enhanced tremolo systems and electronics. Fender continued to produce guitars and basses for several years.

Leo Fender died on 21 March 1991 from the side effects of Parkinson’s disease at age 81. Leo Fender was inducted into the Rock and Roll Hall of Fame in 1992.

A little Jazz with a Fender Deluxe Reverb Reissue and ´63 Fender Stratocaster, [8]