You are here: Home › architecture › Leo von Klenze and the Greek Revival Style 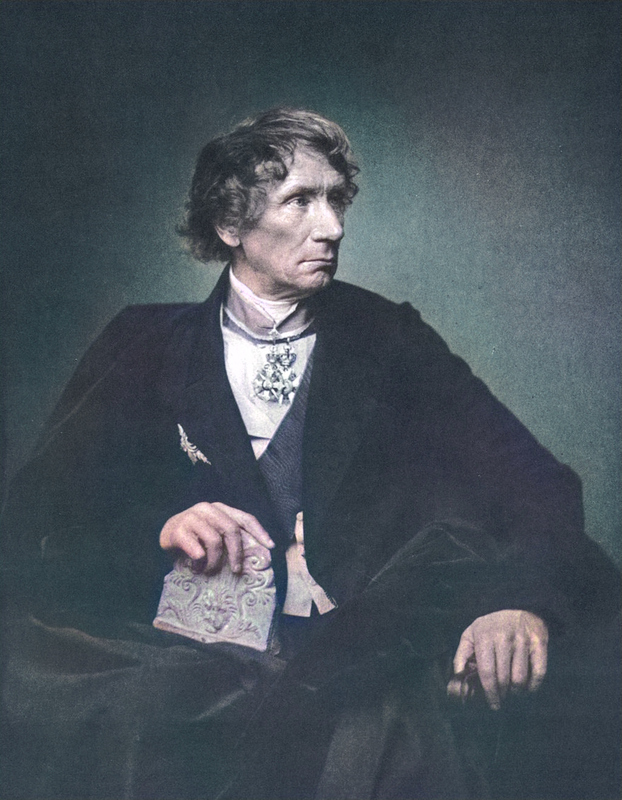 On February 29, 1784, German neoclassicist architect, painter and writer Leo von Klenze was born. Court architect of Bavarian King Ludwig I, Leo von Klenze was one of the most prominent representatives of Greek revival style. Among his famous buildings are amongst others the Glyptothek in Munich, the New Hermitage in Saint Petersburg, or the Walhalla temple near Regensburg.

Klenze was born in Buchladen, near Schladen, Lower Saxonia, Germany, to his father Gotthelf Friedrich Klenze, the bailiff of Schladen. His father tried to dissuade Klenze from becoming an architect because he was doubtful that the profession could provide an adequate income. Nevertheless, at age 16, he allowed his son to attend Bauakademie and to study architecture and public building finance under Friedrich Gilly in Berlin, and worked as an apprentice to Charles Percier and Pierre François Léonard Fontaine in Paris. Then, Klenze made a Grand Tour to Italy and Greece, where he became enamoured of classical architecture. He is said to have made 26 trips to Italy during his lifetime.[3] 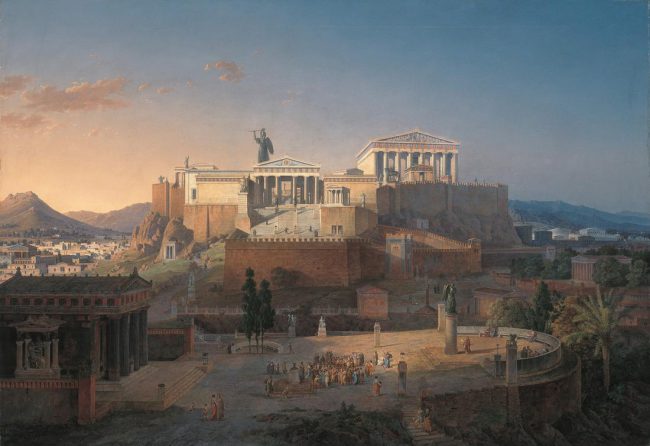 Between 1808 and 1813 he was a court architect of Jérôme Bonaparte, Napoleon’s brother, King of Westphalia. For Jérôme he designed the Court Theatre, Wilhelmshöhe, Kassel (1812). After Jerôme’s downfall, Klenze moved to Paris, where he met Crown Prince Ludwig of Bavaria in 1815, who was to reign as King Ludwig I (1825–48). Ludwig persuaded Klenze to move to Munich to take the lead in a major urban renewal project which predated Baron Haussmann in Paris. [2,3] The King’s passion for Hellenism shaped the architectural style of von Klenze. His first project for Ludwig was the Glyptothek, Ludwig I’s museum for antique sculpture, begun in 1816 and completed in 1830. During the progress of the Glyptothek, he worked on other buildings, including the Reitbahn, or Riding-house, 1822; the KriegsMinisterium, or War Office, 1824; the Odeon, 1826; Allerheiligen Kapelle, 1826; Alte Pinakothek, 1826; the Königsbau and Festbau, 1827; Prince Maximilian’s Palace, 1828; and the Ionic Monopteros, or Polychromic Temple in the ” English Garden,” 1833. Klenze, directed by Ludwig, created the plan for the Ludwigstrasse, the grand boulevard running 1.2 kilometers from the Odeonsplatz in front of the Residenz to the Siegestor (Triumphal Arch).[3]

Klenze’s greatest buildings are his public monuments, which testify to his deep feeling for the architecture of Greek Antiquity. Walhalla, near Regensburg (1830–42), is a Greek Revival temple, based on the Parthenon and set on a high stepped platform [2]. When Greece won its independence, Ludwig I’s son Otto became the country’s first king. Von Klenze was invited by Otto and prepared an ambitious plan for Athens, including a vast new museum and elaborate proposals for the protection of ancient monuments, but only the RC Cathedral of St Dionysus (1844–53), a Neo-Renaissance basilica, was built. Russian Emperor Nicholas I commissioned von Klenze in 1838 to design a building for the New Hermitage, a public museum that housed the Romanov collection of antiquities, paintings, coins and medals, cameos, prints and drawings, and books. 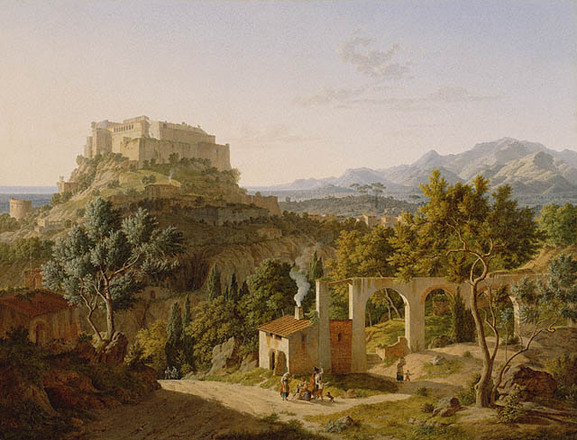 The Painter and Draughtsman

Von Klenze was not only an architect, but also an accomplished painter and draughtsman. In many of his paintings ancient buildings were depicted. Those served as models for his own architectural projects. Klenze studied ancient architecture during his travels to Italy and Greece. He also participated in excavations of ancient buildings in Athens and submitted projects for the restoration of the Acropolis. He was a master of synthesis of styles, and was equally at home with most of them. As a Neo-Classicist, however, he was in the first rank.[2] Klenze collected works of important contemporary German painters. He sold his collection, including 58 landscapes and genre paintings, to King Ludwig I in 1841. These paintings form the core of the Neue Pinakothek museum’s collection.