You are here: Home › engineering › Robert Bosch – Inventor for Life 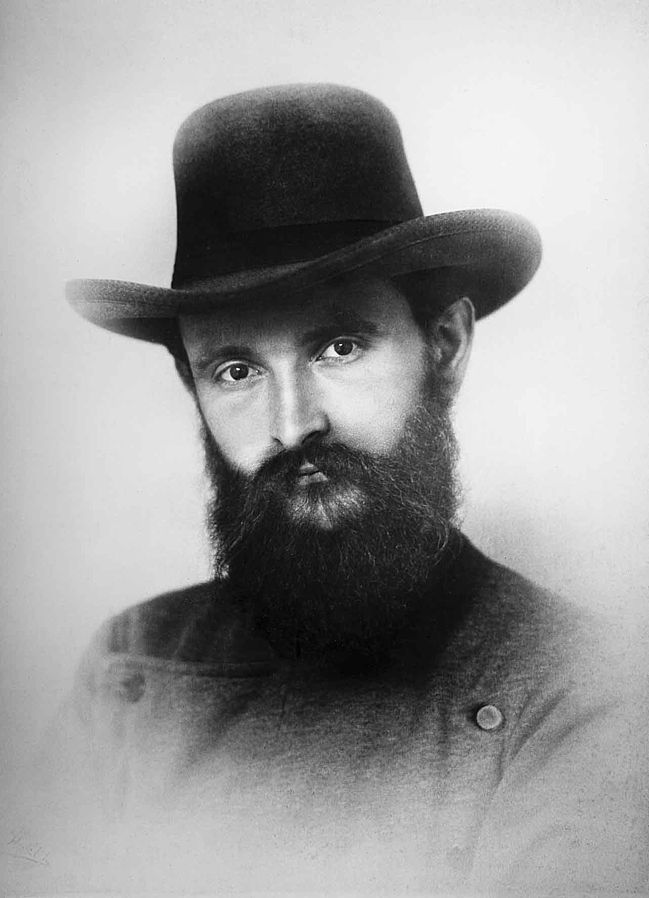 Robert Bosch was born among twelve siblings on September 23, 1861 near the city of Ulm, Germany. His parents Servatius (1816-1880) and Marie Margarethe Bosch, née Dölle (1818-1898) belonged to the regional peasant upper class. His father was the innkeeper of the Gasthaus Krone and a Freemason.[1] He was well educated beyond his own class and attached particular importance to the good education of his children. From 1869 to 1876, Bosch attended a secondary-technical school in Ulm, and later took an apprenticeship as a precision mechanic. After completing his education, Bosch served as a one-year volunteer at the Württemberg Pioneer Battalion No. 13 in Ulm, which he completed as a non-commissioned officer and officer aspirant. However, he did not then take up the officer’s career path promised by his superiors. The subsequent 7 years he spent working for a number of companies in Germany, the UK, and also the United States.

The Workshop for Precision Mechanics and Electrical Engineering

In 1886, Robert Bosch opened his “Werkstätte für Feinmechanik und Elektrotechnik” (Workshop for Precision Mechanics and Electrical Engineering, today’s Robert Bosch GmbH) in Stuttgart. In 1887, he decisively improved a magneto ignition system originally patented by Siegfried Marcus for the Deutz machine factory and thus had his first economic successes with stationary gas engines. The device was used to generate an electric spark that ignited the gas mixture in a (stationary) combustion engine. In 1897, Bosch employee Arnold Zähringer succeeded for the first time in adapting such a magneto to a high-speed motor vehicle engine. This solved one of the biggest technical problems of the still young automotive industry. Bosch the first business success. Another invention by Bosch’s company was the first commercially viable high-voltage spark plug as part of a magneto-based ignition system. It was invented by the company’s engineer Gottlob Honold in 1902 and enhanced the development of the internal combustion engine.

From Motor Vehicles to Electronics

Bosch’s company managed to expand in the following years and by 1913, they already operated in the United States, Asia, Africa, and Australia. At the beginning of the First World War, most mobile war equipment was equipped with Bosch spark plugs. In 1917, Bosch designed the first concrete percussion drill. After the First World War, Bosch brought innovations for the motor vehicle to market in rapid succession, including diesel injection in 1927. In the wake of the crises of the 1920s (hyperinflation in 1923, global economic crisis in the early 1930s), Robert Bosch undertook a process of modernization and diversification in his company. In just a few years, the company succeeded in transforming itself from an automotive supplier producing handicrafts into a globally active electrical engineering group.

Next to Bosch’s business advances, he also became well known as one of the first industrialists in Germany to introduce the eight-hour work day as well as social benefits for his workers. This earned him the nickname “The Red Bosch“. Further exemplary social benefits for the employees followed, e. g. fair pay. In 1940 he handed over a hospital in Stuttgart, which he had donated, to his destiny. He further was known to donate large amounts of money earned during World War I to charity. Bosch became a member of several economic committees as a liberal businessman and devoted much of his time to support the reconciliation between Germany and France. He hoped this reconciliation would bring about lasting peace in Europe and lead to the creation of a European economic area.. Unfortunately, his peacemaking attempts came to an end with the nazi regime. The Bosch company then accepted armaments contracts and employed forced laborers during the war.

After the seizure of power, the National Socialist regime put an end to these efforts by Bosch. Soon the company also took on defence orders and employed forced laborers during the war. The Kleinmachnow satellite camp belonging to the Sachsenhausen concentration camp was located on the grounds of the Bosch subsidiary Dreilinden Maschinenbau GmbH. At the same time, however, Robert Bosch actively supported resistance against National Socialism.

Robert Bosch died in Stuttgart in 1942 from an ear infection. The Nazis seized Bosch by staging a state funeral to serve their interests. Today, the company, which bears its name, is a globally active group of companies with more than 300,000 employees and is committed to the ideals of its founder. The company does not participate in the development of weapons technology and the foreign branches also have high social standards in dealing with their employees.