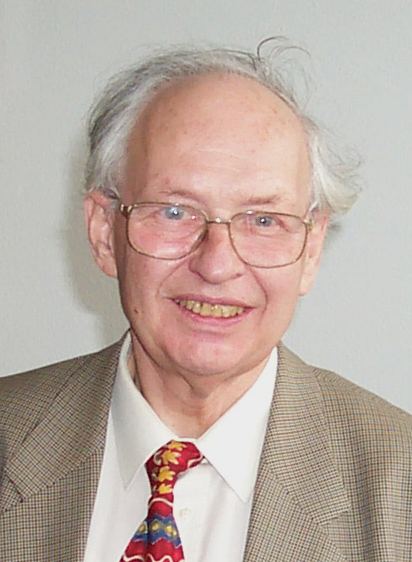 On October 5, 1930, German economist and Nobel Laureate Reinhard Selten was born. Selten is well known for his work in bounded rationality and can be considered as one of the founding fathers of experimental economics. For his work in game theory, Selten won the 1994 Nobel Memorial Prize in Economic Sciences (shared with John Harsanyi and John Nash).

“I was always skeptical about authority, about things which were told by authorities, because I was living in a country and in a time where the authority was utterly wrong, in my view. And therefore I distrusted, I feared authority, I also fear it today. I am in a very, very fearful, I mean maybe more than other people, but I distrust authority. That makes me more independent and also some part of rebellious,… I’m a maverick.”
— Reinhard Selten (2004) [6]

Reinhard Selten was born in Breslau and after a brief family exile in Saxony and Austria, Selten returned to Hesse, Germany after the war. It is believed that there he read an article in the Fortune magazine on game theory by John D. McDonald. At Goethe University Frankfurt, Selten began to study mathematics and earned his degree in 1957. After his studies, Selten worked as scientific assistant to Heinz Sauermann and Selten received his doctorate in Frankfurt in mathematics with a thesis on the evaluation of n-person games in 1961.

A Brief History of Game Theory

It is believed that the earliest efforts in game theory were made during the 18th century by Charles Waldegrave, an active Jacobite, and uncle to James Waldegrave, a British diplomat, in 1713. In a letter, Waldegrave provides a minimax mixed strategy solution to a two-person version of the card game le Her, and the problem is now known as Waldegrave problem. Later on, American statesman and Founding Father James Madison created what is now recognized as a game-theoretic analysis of the ways states can be expected to behave under different systems of taxation. In 1838, Antoine Augustin Cournot considered a duopoly and presents a solution that is a restricted version of the Nash equilibrium. Ernst Zermelo’s work on optimal chess strategies from 1913 then paved the way for more general theorems.

However, until John von Neumann published a paper on the topic in 1928, game theory had not really been a unique field.[4] In 1944, he published his book Theory of Games and Economic Behavior which was co-authored by Oskar Morgenstern. The second edition of this book provided an axiomatic theory of utility, which reincarnated Daniel Bernoulli’s old theory of utility as an independent discipline.[5] The prisoner’s dilemma was discussed mathematically for the first time in 1950 and an experiment was undertaken by notable mathematicians Merrill M. Flood and Melvin Dresher. Back then also John Nash developed a criterion for mutual consistency of players’ strategies, known as Nash equilibrium, applicable to a wider variety of games than the criterion proposed by von Neumann and Morgenstern. He proved that every n-player, non-zero-sum non-cooperative game has what is now known as a Nash equilibrium.

The Nobel Prize in Economics

In 1965, Reinhard Selten managed to introduce his solution concept of subgame perfect equilibria, which further refined the Nash equilibrium. For his work, Selten won the 1994 Nobel Memorial Prize in Economic Sciences, it was shared with John Harsanyi and John Nash. Reinhard Selten was Germany’s first and, at the time of his death in 2016, only Nobel winner for economics.

Selten is further known for his work in bounded rationality, and can be considered as one of the founding fathers of experimental economics. Along with the psychologist Gerd Gigerenzer he edited the 2001 book Bounded Rationality: The Adaptive Toolbox. His last work was Impulse Balance Theory and its Extension by an Additional Criterion.