You are here: Home › biology › Edward Murray East and the Hybrid Corn 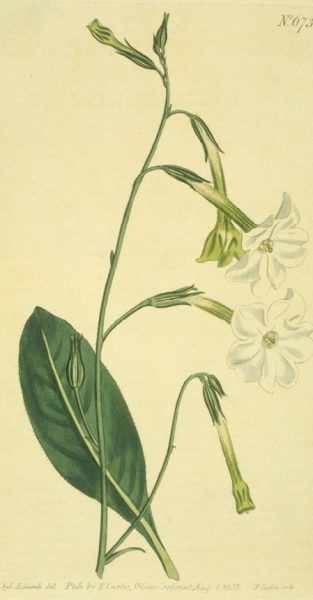 On October 4, 1879, American plant geneticist, botanist, agronomist and eugenisist Edward Murray East was born. East is known for his experiments that led to the development of hybrid corn and his support of ‘forced’ elimination of the ‘unfit’ based on eugenic findings.

“Genetics has enticed a great many explorers during the past two decades. They have labored with fruit-flies and guinea-pigs, with sweet peas and corn, with thousands of animals and plants in fact, and they have made heredity no longer a mystery but an exact science to be ranked close behind physics and chemistry in definiteness of conception.” Edward Murray East, Mankind at the Crossroads (1923), v-vi.

Edward East was born in DuQuoin, Illinois, USA, to William Harvey East, a machinist, manufacturer of machinery, and chief engineer for a clay products firm, and his wife Sarah Granger Woodruff. The family on both sides had a long history of scholarly pursuits.[2] After graduating high school at age fifteen East worked in a machine shop for two years developing mechanical drawing skills and shop methods. Here he saved money for college and eventually attended the Case School of Applied Science (now Case Western Reserve University) in Cleveland in 1897. He found Case intellectually too narrow and that he was more interested in general science rather than applied mechanics. Thus, he left the next year for the University of Illinois, where he took his Bachelor of Science (1900). Trained as a chemist, he developed an interest in genetics and in 1900 became an assistant to Cyril George Hopkins of the Illinois Agricultural Experiment Station at the University of Illinois, Urbana, where he worked on corn-breeding experiments intended to increase fat and protein content. After receiving an Master of Science degree in 1904 with a thesis on the study of the chemical and bacteriological studies on the self-purification of running streams, he worked for four years as an agronomist at the Connecticut Agricultural Experiment Station, where he continued his experiments with corn. East was recommended to undertake the new work of improving the chemical compositions in corn, and accepted the appointment in Newhaven in 1905. Although he only spent four years at New Haven, he completed a lot work in that time. He continued intensive studies of the three economy plants: tobacco, potato, and maize.

Some of his studies done in New Haven were used in his submission of his PhD thesis to the University of Illinois in 1907. His work on tobacco paved the foundation for his genetic work on the Nicotiana plant. His most notable research was with maize, where he discovered the genetic mechanism known as multiple factors. His work done at New Haven was on inbreeding and cross-breeding. His published paper “Inheritance in Maize” was the result of this work. The first inbred strains were grown in 1908, and became the subject of his monograph Inbreeding and Outbreeding: Their Genetic and Sociological Significanc (1919). This work covers reproduction among plants and animals, the mechanism of reproduction, the mechanism of heredity, mathematical considerations of inbreeding, inbreeding experiments with animals and plants, hybrid vigor or heterosis, conceptions as to the cause of hybrid vigor, sterility and its relations to inbreeding and crossbreeding, the role of inbreeding and outbreeding in evolution, and the value of inbreeding and outbreeding in plant and animal improvement.

East explicitly considered inbreeding and outbreeding in man, their effect on the individual, and the intermingling of races and review the national stamina literature. East proposed the theory that inbreeding in a genetically diverse stock caused increased homozygosity. Believing with the Drosophila workers that most mutations were recessive and deleterious, East concluded that the increased homozygosity caused by inbreeding should generally be accompanied by detrimental effects. His theory also explained why inbreeding was not necessarily deleterious in all cases. Unless deleterious recessives were present, inbreeding caused no ill effects. Outbreeding of course had the opposite effect of increasing heterozygosity and was often accompanied by heterosis, or hybrid vigor.

East played an important role in the development of hybrid corn. His main interest was in the theoretical interpretations from inbreeding leading to reduction and crossbreeding leading to increased growth. His ideas were developed further, led to the introduction of alleles, and were published in 1936 in Heterosis.

Edward East also was a prominent supporter of the eugenics movement in the United States. He was strongly influenced by the work of Thomas Malthus, especially Essay on the Principle of Population (1798). This influence led East to create many of his ideas concerning birth control and immigration policy. He applied many of the ideas that he had developed in his research on the applications of genetics to agriculture to his ideas about human society. East wrote two major works on eugenics, Mankind at the Crossroads (1923) and Heredity and Human Affairs (1927), in which he compared groups of people based upon the racial categorizations of the time.