You are here: Home › physics › Réaumur – the Entomologist and the Temperature Scale 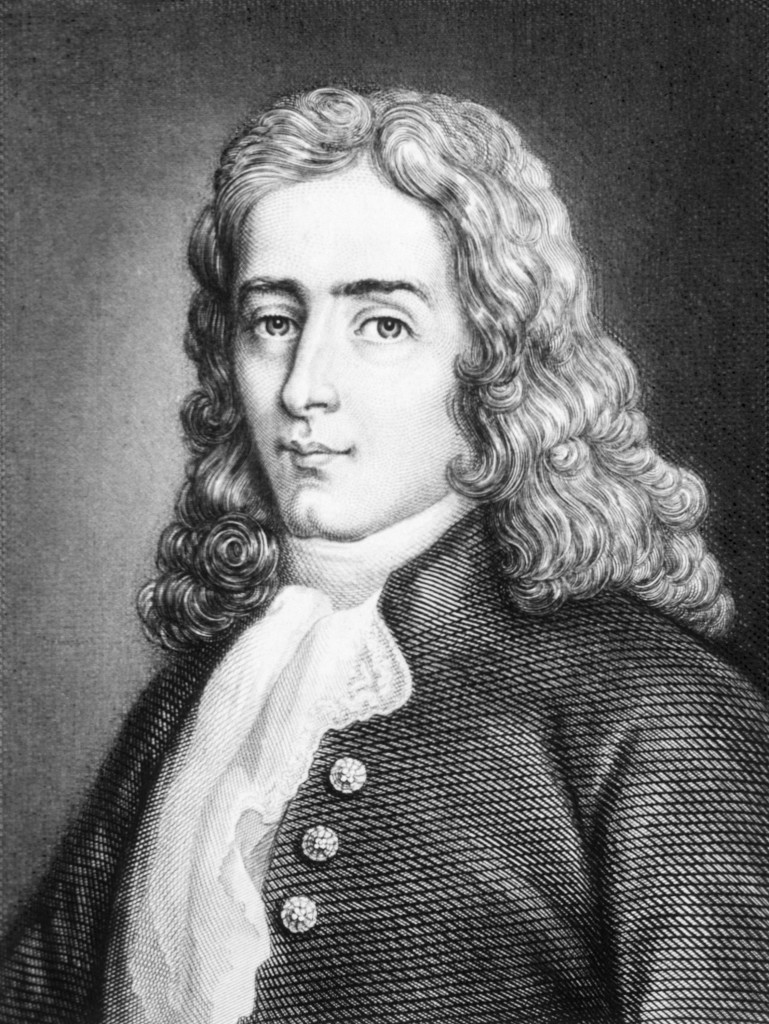 On October 17, 1757, French entomologist and physicist René-Antoine Ferchault de Réaumur passed away. Réaumur contributed to many different fields, especially the study of insects. But, he is best known for having introduced the Réaumur temperature scale in 1730. Of course everybody has heard of Fahrenheit and Celsius. But, there exists a variety of different temperature scales, most prominent of them the perhaps absolute temperature scale of Lord Kelvin. But, although the other’s prevailed, Réaumur’s scale still has its niche application, as e.g. in cooking. But first let’s have a look at René-Antoine Ferchault de Réaumur, the scientist.

“An infinity of these tiny animals defoliate our plants, our trees, our fruits… they attack our houses, our fabrics, our furniture, our clothing, our furs … He who in studying all the different species of insects that are injurious to us, would seek means of preventing them from harming us, would seek to cause them to perish, proposes for his goal important tasks indeed.
— René Reaumur, as quoted in [12]

Réaumur was born on February 28, 1683 as son of a judge into a prominent La Rochelle family and educated in Paris. He learned philosophy in the Jesuits‘ college at Poitiers, and in 1699 went to Bourges to study civil law and mathematics. In 1703 he came to Paris, where he continued the study of mathematics and physics, and in 1708, aged only twenty-four, based on his contributions to mathematics, esp. to geometry, was nominated and elected a member of the Académie des Sciences. From this time onwards for nearly half a century hardly a year passed in which the Mémoires de l’Académie did not contain at least one paper by Réaumur.

Réaumur’s scientific work deals with many branches of science. In 1710, Réaumur was named the chief editor of the Descriptions of the Arts and Trades, a major government project which resulted in the establishment of manufactures new to France and the revival of neglected industries. Réaumur proved experimentally the fact that the strength of a rope is more than the sum of the strengths of its separate strands. He examined and reported on the auriferous (gold-bearing) rivers, the turquoise mines, the forests and the fossil beds of France. He devised the method of tinning iron that is still employed, and investigated the differences between iron and steel, correctly showing that the amount of carbon is greatest in cast iron, less in steel, and least in wrought iron. His book on this subject (1722) was translated into English and German. For that he was awarded a pension of 12,000 livres; but, content with his ample private income, he requested that the money should go to the Académie des Sciences for the furtherance of experiments on improved industrial processes.

Meteorology and the Temperature Scale

In 1731 he became interested in meteorology, and invented the thermometer scale which bears his name: the Réaumur. The thermometer he constructed contained diluted alcohol and was based on the principle of taking the freezing point of water as 0 °Ré, and graduating the tube into degrees each of which was one-thousandth of the volume contained by the bulb and tube up to the zero mark. Réaumur suggested that the quality of alcohol employed be such that it began boiling at 80 °Ré — that is, when it had expanded in volume by 8%. He chose alcohol instead of mercury on the grounds that it expanded more visibly, but this posed problems: his original thermometers were very bulky, and the low boiling point of alcohol made them unsuitable for many applications. Instrument-makers generally chose different liquids, and then used 80 °Ré to signify the boiling point of water, causing much confusion. In 1772 Jean-André Deluc studied the several substances then used in thermometers in the light of new theories of heat and came to the conclusion that mercurial thermometers were the best for practical use.

The Use of the Réaumur Scale

The Réaumur scale saw widespread use in Europe, particularly in France and Germany as well as Russia, as referenced in works of Dostoyevsky,[6] Tolstoy,[7] and Nabokov. By the 1790s, France chose the Celsius scale for the metric system over the Réaumur measurements, but it was used in some parts of Europe until at least the mid-19th century. Its only modern use is in the measuring of milk temperature in cheese production. It is used in some Italian dairies making Parmigiano-Reggiano and Grana Padano cheeses and in Swiss Alp cheeses. In the Netherlands the Réaumur thermometer is used when cooking sugar syrup for desserts and sweets.

Réaumur wrote much on natural history. Early in life he described the locomotor system of the Echinodermata, and showed that the supposed vulgar error of crustaceans replacing their lost limbs was actually true. He has been considered as a founder of ethology. In 1710 he wrote a paper on the possibility of spiders being used to produce silk, which was so celebrated at the time that the Kangxi Emperor of China had it translated into Chinese. He also studied botanical and agricultural matters, and devised processes for preserving birds and eggs. He elaborated a system of artificial incubation, and made important observations on the digestion of carnivorous and graminivorous (grass-eating) birds. One of his greatest works is the Mémoires pour servir à l’histoire des insectes in 6 volumes (1734–42). It describes the appearance, habits and locality of all the known insects except the beetles, and is a marvel of patient and accurate observation.

He investigated the chemical composition of Chinese porcelain and, in 1740, devised his own formula for the so-called Réaumur porcelain. In 1752 he isolated gastric juice and investigated its role in the digestion of food.[1] In his later days he lived at his country residences, where he had a serious fall from a horse, which led to his death in 1757. He was a man of great ingenuity and learning, of the strictest integrity and honour, the warmest benevolence, and the most extensive liberality.[4]