You are here: Home › mathematics › Ramon Llull and the Tree of Knowledge 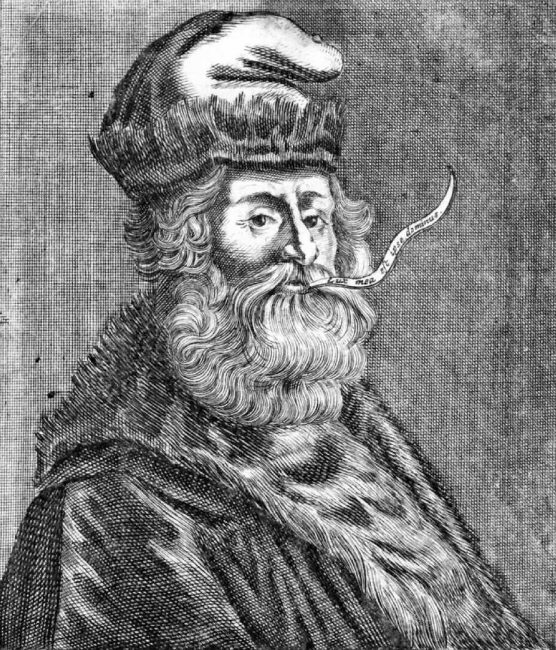 Probably in 1232, philosopher, logician, Franciscan tertiary and Catalan writer Ramon Llull (Anglicised Raymond Lully, Raymond Lull; in Latin Raimundus or Raymundus Lullus or Lullius) was born. He is credited with writing the first major work of Catalan literature Recently surfaced manuscripts show his work to have predated by several centuries prominent work on elections theory. He is also considered a pioneer of computation theory, especially given his influence on Leibniz.[2]

“For a long time I have struggled to seek the truth in this and other ways, and by God’s grace I have come to a good end and to the knowledge of the truth which I longed to know and which I laid down in my books, but I am without consolation because I could not finish what I so much desired and for which I have worked for thirty years, and also because my books are little valued, yes – I tell you also – because many people even consider me a fool”. — Ramon Llull

The Son of a Catholic Knight

Ramon Llull was the son of a Catalan knight who fought under James I of Aragon for the Reconquista of the Saracen-controlled Balearic Islands. He grew up at court and was appointed prince educator at an early age. He led a courtly, secular life and devoted himself to poetry as a troubadour. In 1263 a vision in which he saw the crucified Christ beside him led Llull to a radical change in his life. He undertook pilgrimage and educational trips, also to the Arab world, continued his education, learned Arabic and placed his poetry at the service of the Catholic faith.

The Founder of Western European Orientalism

Llull soon became a famous scholar and confidante of James II of Mallorca, who he raised, taught at the Sorbonne in Paris and took part in the Council of Vienne. There he supported the establishment of chairs for Hebrew, Arabic and Chaldean (= Old Church Syrian) at the universities of Paris, Oxford, Bologna and Salamanca, which made him a founder of Western European Orientalism. In 1276 Ramon Llull founded a mission school in Miramar Monastery in Valldemossa. 1314 he went on a journey to Tunis on behalf of James II. In North Africa, in addition to his diplomatic and literary activities, he continued his evangelization. The circumstances of his death are unclear. According to a tradition, for which there is no evidence, he was stoned by angry Muslims in Bougie (Algeria) and died on his way back to Mallorca, where he was buried in La Palma, as a result of the stoning.

More than a hundred Heresies

The special interest of King Philip II of Spain in the writings of the universal scholar led to the first canonization proceedings. In the middle of the 18th century it was stopped because of the writings of the Catalan Dominican and Grand Inquisitor Nicolás Aymerich (1322-1399), who wanted more than a hundred heresies to be found in Lull’s writings. At the beginning of the 20th century, Catalan theologians demanded Lull’s rehabilitation. The Catalan theologian and historian Josep Perarnau was able to prove that Aymerich had misquoted Lull’s writings in order to expose him to suspicion of heresy. The canonization process was resumed at the end of the 20th century.

The Art and Science of distinguishing Truth and Lie

Llull was active as a missionary throughout the Mediterranean due to his visions of Christ. He also taught at the universities of Paris and Montpellier. He was influenced by three cultures: Christian, Islamic and Jewish. He wrote a large part of his over 280 works in Latin and Catalan. This made Llull the founder of Catalan literature.His Arabic works have been lost. Llull called logic the art and science of distinguishing truth and lie with the help of the mind, of accepting truth and rejecting lies.

This art, which simultaneously became the title for his work Ars magna (“Great Art“), came down to the idea of mechanically combining concepts with the help of a logical machine, thereby simultaneously creating the traditional algorithmic line of heuristics. Llull himself constructed such a “logical machine”, which consisted of seven discs rotating around a center. On each of these discs were noted words denoting different terms, e.g. man, knowledge, truth, fame, well-being and quantity, logical operations, e.g. difference, agreement, contradiction and equality. The rotation of these concentric disks resulted in various combinations of terms that corresponded to final forms of the syllogistic principle.

Nep-Platonism and Mission with the Sword

During Llull’s lifetime and also in the following period his ideas were received with suspicion. His arsenic was based on a Neo-Platonic system, which contradicted the mainstream of contemporary scholasticism. Through his language skills Llull had a direct access to the Arabic world of thought and adopted an attitude towards Islam that was unusually tolerant for his time. Towards the end of his life, however, Llull certainly represented a “mission with the sword” (missio per gladium). 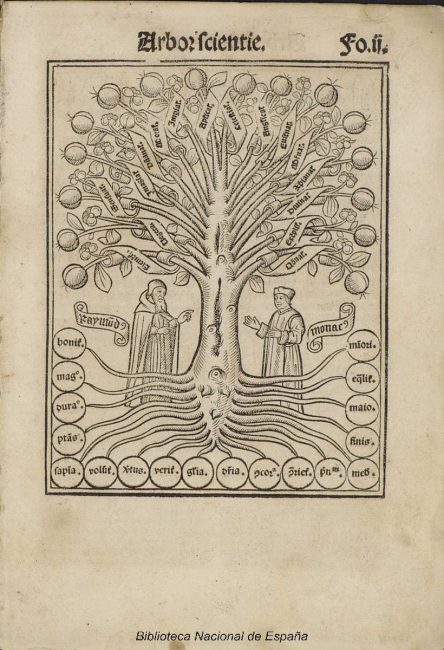 Nevertheless, his works have a great history and in the centuries in which Llull was officially banned, his works were secretly studied and copied. Llull’s followers are called lullists. The philosopher Nikolaus Cusanus can also be counted among them. There are also some pseudo-lullistic writings that mainly deal with alchemy.[3] His theology was also taken up by Giordano Bruno.[4] In the 15th century Giovanni Pico della Mirandola quoted Llull’s writings in detail.[5] For Ernst Bloch, Lullus is “the strangely rationalistic scholastics,” who attempted to refute the Koran with his ars inveniendi.

In the 17th century, his works Ars magna and Ars brevis gained greater influence through the system of a perfect philosophical, universal language described therein. This system is based on a combination of philosophical basic concepts. Llull’s thoughts were taken up by Gottfried Wilhelm Leibniz, the founder of mathematical logic. In the 19th century William Stanley Jevons tried to realize the idea of a logical machine. Llull studied both syllogism and induction. He was the first to devote himself to the systematic study of material implication, which is one of the fundamental operations of mathematical logic, analyzing logical operations with the copula “and” (conjunction) and the copula “or” (disjunction).

The Tree of Knowledge

Llull systematically structured the sciences in L’arbre de ciència (c. 1295/96, published in Latin 1482), for which he used the allegory of the tree; this metaphor was first introduced to the history of science around 1240 by Petrus Hispanus under the term Arbor porphyriana (Tree of Knowledge). In Llull, fourteen trees represent the areas of being such as elements, botany, animals, sensory perception, imagination, morality, social science, etc.; in two other trees, these areas are illustrated by examples (copies) and proverbs (bonmots). Each tree has a seven-part internal structure, consisting of root, trunk, branches, twigs, leaves, flowers and fruits.

“The human intellect in itself has the nature of cognition, for cognition is its activity.”
— Ramon Llull, De modo naturali intelligendi

Llull’s teachings were already controversial during his lifetime. Later the movement of lullism developed around his students. The Roman church put him on the index of forbidden books for a long time and only rehabilitated him later.

In 1314, at the age of 82, Llull traveled again to North Africa where he was stoned by an angry crowd of Muslims in the city of Bougie. Genoese merchants took him back to Mallorca, where he died at home in Palma the following year. Though the traditional date of his death has been 29 June 1315, his last documents, which date from December 1315, and recent research point to the first quarter of 1316 as the most probable death date.