You are here: Home › engineering › Ettore Bugatti and the Most Beautiful Cars in the World 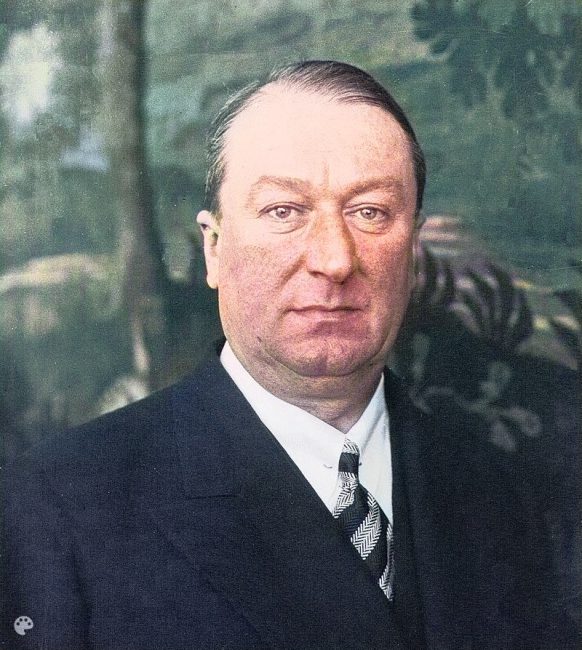 On September 15, 1881, French automobile designer and manufacturer Ettore Arco Isidoro Bugatti was born. He is remembered as the founder and proprietor of the automobile manufacturing company Automobiles E. Bugatti, which in the opinion of some collectors, build the most beautiful cars in automobile history.

Ettore Bugatti was born into a family of artists. His father was the well known artist Carlo Bugatti and his younger brother Rembrandt Bugatti eventually became a renowned animal sculptor. For Ettore Bugatti, a more technical apprenticeship was planned. However, the young man quickly showed his talent in the field of motor-vehicle construction and built his Bugatti Type 1 in 1898 with Prinetti & Stucchi.

Bugatti received a big support from his father, also financially and was able to develop another prototype which was exhibited at the Milan Trade Fair in 1901. Bugatti‘s designs were pretty eye catching right from the beginning. As a result, Baron de Dietrich offered Bugatti the opportunity to come and design automobiles at his car factory in Niederbronn. Then, in 1902 De Dietrich started building his Type 3/4 and Type 5/6/7 which were given the name ‘De Dietrich, Licence Bugatti‘. 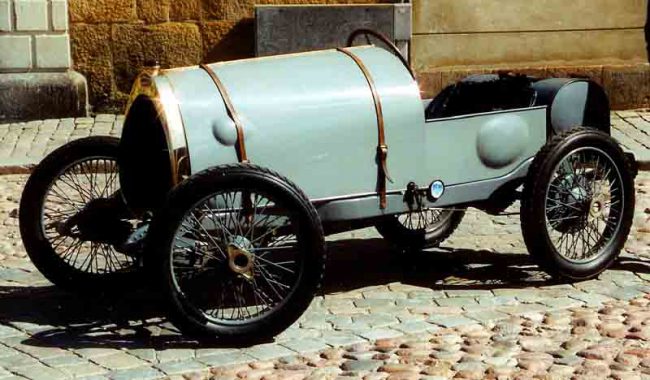 Ettore Bugatti met the French businessman Émile Mathis while working with De Dietrich. They became businesspartners and began producing their own vehicles. Their partnership lasted until 1906 when Bugatti set up his Research Center on the south-side of Strasbourg and produced several prototypes in collaboration with the German Deutz company. Already in 1907, Ettore Bugatti was appointed Production Director with Deutz and designed the Type 8/9. The Type 10 was built in Bugatti‘s home.

With the money from his severance pay and brokered by the banker Augustin de Vizcaya, he leased the empty buildings of a dye works in Molsheim, Alsace, where the Bugatti family moved at the turn of the year. His eponymous automobile company, Automobiles E. Bugatti was established in 1909 and the company became known for some of the fastest, most luxurious, and technologically advanced road cars of its day. Bugatti celebrated early successes in Grand Prix motor racing, when a Bugatti was driven to victory in the first Monaco Grand Prix. In 1912, the Bugatti Type 13, the car that was built in its basement in Cologne, came onto the market. The production increased continuously in the following years. The Type 13 became Bugatti’s first real success.

By 1914, the Bugatti plants already employed a workforce of about 200. 75 vehicles were produced per month. The outbreak of the First World War at the end of July 1914 heralded a turning point. Ettore fled with his family to Milan, where Ettore’s brother Rembrandt Bugatti also arrived at the end of the year. After Italy entered the war in May 1915, the family moved to Paris, where Ettore Bugatti created designs for an 8- and 16-cylinder aircraft engine.

After the end of the war, he and his wife Barbara returned to Molsheim (which was ceded to France at the end of World War I) and reopened his factory at the old location. Production of the Bugatti Type 13 and other light sports cars was resumed, and the company celebrated quadruple victories in the VIII Coupe des Voiturettes in Le Mans  in 1920 and in 1921 in the I Gran Premio delle Vetturette at the Circuito di Montichiari in Brescia. 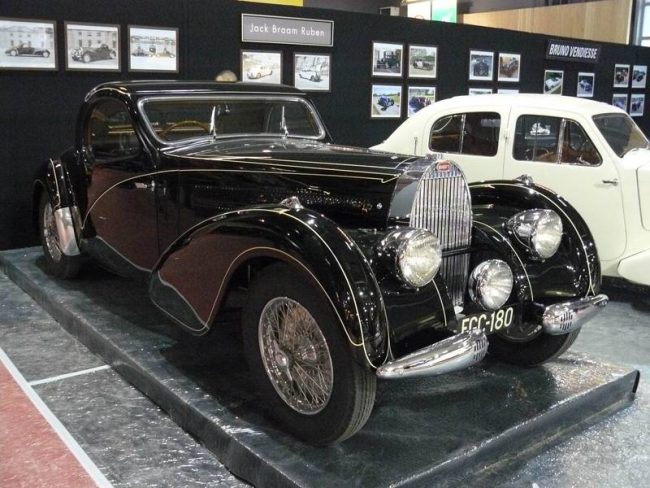 After many different models (touring, sports and racing cars), Bugatti began building the luxury car par excellence, the Bugatti Type 41 Royale, in 1926. In 1932 it cost three times as much as the then most expensive Rolls-Royce. In addition, Ettore Bugatti began building the SNCF XB 1000 railcar in the early 1930s. He also turned his attention to the construction of racing boats and his never completed Bugatti 100P aircraft. In 1934, production of the Bugatti Type 57 touring car with different body styles began. It became the best-selling Bugatti touring car with a body designed by his son Jean. In 1936 Ettore’s son Jean took over the company. The Type 59 racing car was created under his leadership.

On August 11, 1939, his son and designated successor Jean (1909-1939) was killed in an accident during a test drive with the Bugatti Type 57 C Tank racing car. His second son Roland tried in vain to save the company after the Second World War, but the post-war models could not build on the successes of earlier years. Little by little the production was stopped. Ettore Bugatti died on August 21, 1947, and was buried in the Bugattis’ family grave in the Dorlisheim cemetery (near Molsheim). During Ettore’s lifetime more than 7900 vehicles were built, of which about 2000 still exist today.