You are here: Home › philosophy › Pierre de Coubertin and the Idea of the Olympic Games 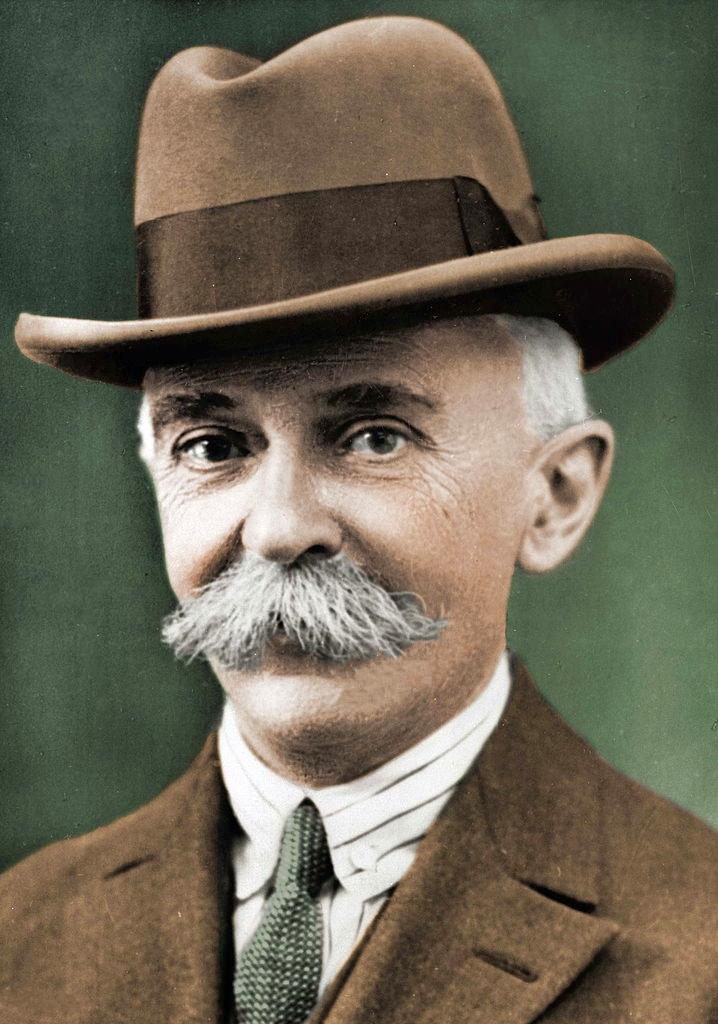 On June 23, 1894, French educator and historian Pierre de Coubertin founded the International Olympic Committee (IOC). Because of his initiative he is considered the father of the modern Olympic Games, the first one organized in Greece only two years later in 1896.

“In the name of all the competitors I promise that we shall take part in these Olympic Games, respecting and abiding by the rules which govern them, in the true spirit of sportsmanship, for the glory of sport and the honour of our teams.”
– Pierre de Coubertin, as quoted in [9]

The Olympic Games have a long tradition dating back to ancient Greece, where the games were both, a religious and an athletic festival held every four years at the sanctuary of Greek god Zeus in Olympia. Competition was among representatives of several city-states and kingdoms of Ancient Greece. The ancient Olympic Games featured mainly athletic but also combat sports such as wrestling and the pankration, horse and chariot racing events. As being also a religious festival, all conflicts among the participating city-states were postponed until the Games were finished, which was known as the Olympic peace or truce. The Olympic Games reached their zenith in the 6th and 5th centuries BC, but then gradually declined in importance as the Romans gained power and influence in Greece. But, over centuries the Olympic tradition hold on until the 4th or 5th century AD. While there is no scholarly consensus as to when the Games officially ended, the most commonly held date is 393 AD, when the emperor Theodosius I decreed that all pagan cults and practices be eliminated. Another date commonly cited is 426 AD, when his successor, Theodosius II, ordered the destruction of all Greek temples. Thus, the Olympic Games fell into oblivion and it should take more than 1,500 years until the Olympic Spirit sparked off again by an enthusiastic French educator and historian.

Pierre de Frédy was born in Paris on 1 January 1863 into an established aristocratic family as the fourth child of Baron Charles Louis Frédy, Baron de Coubertin. Coubertin grew up in a time of profound change in France: France‘s defeat in the Franco-Prussian War, the Paris Commune, and the establishment of the French Third Republic, and later the Dreyfus Affair. Despite his rebelliousness at home, Coubertin adapted well to the strict rigors of a Jesuit education. Rather uncommon for his position as an aristocratic offspring, Coubertin did not choose a prominent role in the military or politics, but pursued a career as an intellectual, studying and later writing on a broad range of topics, including education, history, literature, and sociology.

But his most favorite subject was education. Especially the inclusion of physical education in the curriculum of French schools would become an ongoing pursuit and passion of Coubertin’s — following the antique spirit ‘mens sana in corpore sano‘ (a healthy spirit in a healthy body). When visiting England, he was rather impressed especially by the study of Thomas Arnold’s (1795-1842) conception of physical education and the English school’s playing fields of Rugby as he experienced how “organised sport can create moral and social strength”. Not only did organised games help to set the mind and body in equilibrium, it also prevented the time being wasted in other ways. As a historian, Coubertin romanticised ancient Greece. Thus, when he began to develop his theory of physical education, he naturally looked to the example of the Greek gymnasium, a training facility that simultaneously encouraged physical and intellectual development.

Coubertin and the Idea of the Olympic Games

In the 1880s and early 1890s Coubertin made several trips to America and England to study the administration of athletics. The French government was impressed with his work, and commissioned him to hold “athletic congresses,” which featured events such as horseback riding, fencing, and track and field. The ambitious plans of Coubertin to revitalize the educational system of France never really materialized, but his experiences inspired him with an even more grandiose plan. He began thinking about having countries compete in athletic events based on the Olympic festivals of ancient Greece. In 1892, Coubertin introduced the idea of a modern Olympics at the French Union of Athletic Sports Societies. His idea was fairly vague, and it seems that even Coubertin himself did not have a clear idea what form such games would take. But, two years later on June 23, 1894 at the Sorbonne in Paris, Coubertin organized a meeting which brought 79 delegates from 12 countries together to discuss how to revive the Olympic games. The meeting established the first International Olympic Committee, and the basic framework of having the games every four years, with the first to take place in Greece, was decided upon.

“The most important thing in the Olympic Games is not winning but taking part; the essential thing in life is not conquering but fighting well.” (Pierre de Coubertin)

The First Modern Olympics in Athens

The decision to hold the first modern Olympics in Athens, at the site of the ancient games, was symbolic, and proved to be problematic as Coubertin had concerns about the ability of a weakened Greek state to host the competitions. However, Coubertin visited Greece and became convinced the Greek people would be happy to host the games. Funds were raised to mount the games and the first modern Olympics began in Athens on April 5, 1896 with 245 athletes participating from 14 countries. Since the Games were not well publicized internationally, contestants were not nationally chosen but rather came individually and at their own expense. Some contestants even were tourists who happened to be in the area during the Games.

At yovisto academic video search, you can learn more about Coubertin’s ideas of education through sport as the cornerstone of Olympic ideology in the lecture of Dr. Jim Parry from Gresham College.