You are here: Home › medical science › Philippe Pinel – the Father of modern Psychiatry

Dr. Philippe Pinel at the Salpêtrière, 1795 by Tony Robert-Fleury. Pinel ordering the removal of chains from patients at the Paris Asylum for insane women

On April 20, 1745, French physician Philippe Pinel was born. He was instrumental in the development of a more humane psychological approach to the custody and care of psychiatric patients, referred to today as moral therapy. He also made notable contributions to the classification of mental disorders and has been described by some as “the father of modern psychiatry“.

“I cannot here avoid giving my most decided sufferage in favour of the moral qualities of maniacs. I have no where met, excepting in romances, with fonder husbands, more affectionate parents, more impassioned . . . than in the lunatic asylum, during their intervals of calmness and reason.”
– Philippe Pinel

Philippe Pinel was was born in Jonquières, the South of France, in the modern department of Tarn, the son of the country doctor and surgeon Philippe Francois Pinel. Philippe Pinel Pinel first came to medicine through theology and philosophy at the age of 30. He received a diploma for a mathematical-statistical thesis. He received his doctorate from the Faculty of Philosophy in 1772 and from the Faculty of Medicine in 1773 and then studied for four more years at the Faculty of Medicine of Montpellier. Among his academic teachers there were Paul Joseph Barthez and Gabriel-François Venel. In 1778, Pinel moved to Paris. Unfortunately, Philippe Pinel’s degree from Toulouse did not qualify him for practicing medicine in Paris. In the 1780s, he became editor of the medical journal the Gazette de Santé, a four-page weekly. Further, the scientist contributed to the Journal de Physique and continued studying mathematics, medicine and botany.

Philippe Pinel only began to occupy himself with psychiatry in 1784, after he had come into contact with the mentally ill in the private clinic of the carpenter Jacques Belhomme (1737-1824). Pinel applied at the private sanatoria for the treatment of insanity in Paris and remained there for five years prior to the Revolution. Pinel was able to complete observations on insanity and started to formulate his views on its nature and treatment. In 1789 he already published an article on the treatment of the mentally ill. He established a precise doctrine of the symptoms of mental illness and thus gave psychiatry of the 19th century a new basis. One of his major works was philosophical nosography. His efforts were aimed at establishing a natural system for the individual illnesses. He was influenced in his views by the French vitalist Théophile de Bordeu. Instead of systematics and philosophy, descriptive (descriptive) observation was important for Pinel. His description of the clinical development of various mental illnesses made it possible to incorporate the field of psychiatry into general medicine. 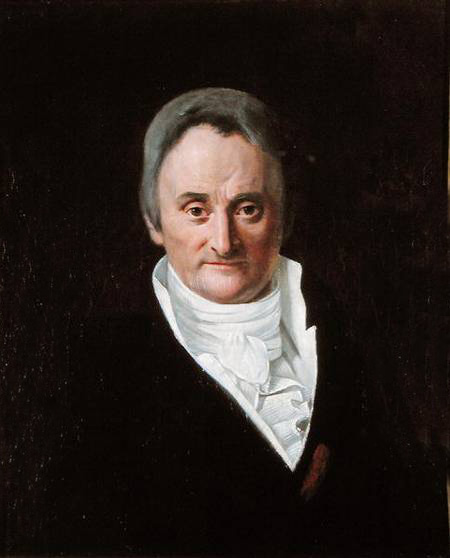 Liberating the Mentally Ill from their Chains

In August 1793 Pinel was appointed “physician of the infirmeries” at Bicêtre Hospital. At the time it housed about four thousand imprisoned men—criminals, petty offenders, syphilitics, pensioners and about two hundred mental patients. Pinel’s patrons hoped that his appointment would lead to therapeutic initiatives. There, Pinel was especially interested in the 200 mental ill men in the seventh ward. Pinel observed a strict nonviolent, nonmedical management of mental patients that came to be called moral treatment or moral management. The scientist also worked closely together with Jean-Baptiste Pussin who had been successfully treated for scrofula at Bicêtre. Following a familiar pattern, he was eventually recruited, along with his wife, Marguerite Jubline, on to the staff of the hospice. At Bicêtre, Pinel’s therapy involved close contact with and careful observation of patients. He began to visit his patients and took notes over the course of two years to receive more insights on the case history and a natural history of the patient’s illness. Furthermore, between 1790 and 1799 he brought about a fundamental reform of the “lunatic asylums” (allegedly liberating the mentally ill from their chains) and showed new ways of treating the mentally ill.

In 1795, Philippe Pinel became chief physician of the Hospice de la Salpêtrière. The hospital was like a larger village with seven thousand elderly indigent and ailing women, an entrenched bureaucracy, a teeming market and huge infirmaries. Pussin was also transferred there in 1802. In 1795 Pinel had also been appointed as a professor of medical pathology, a chair that he held for twenty years.

One of the most important aspects of Pinel’s research was ‘moral’ in the sense of emotion and psychology, not ethical. The scientist observed and documented the subtleties and nuances of human experience and behavior, conceiving of people as social animals with imagination. Pinel realized that “being held in esteem, having honor, dignity, wealth, fame, which though they may be factitious, always distressing and rarely fully satisfied, often give way to the overturning of reason“. Pinel spoke of avarice, pride, friendship, bigotry, the desire for reputation, for conquest, and vanity. He noted that a state of love could turn to fury and desperation, and that sudden severe reversals in life, such as “from the pleasure of success to an overwhelming idea of failure, from a dignified state — or the belief that one occupies one — to a state of disgrace and being forgotten” can cause mania or ‘mental alienation’.

Philippe Pinel believed that in order to treat a mental illness, the person’s individual perspective and history must first be understood. Pinel engaged in therapeutic conversations to dissuade patients from delusions and offered benevolent support and encouragement. For those cases regarded as psychologically incurable, Pinel would employ baths, showers, opium, camphor and other antispasmodics, as well as vesicants, cauterization, and bloodletting in certain limited cases only. He also recommended the use of laxatives for the prevention of nervous excitement and relapse.

Pinel is generally seen as one of the most important physicians to have transformed the concept of ‘the mad’ into that of patients needing care and understanding, establishing a field that would eventually be called psychiatry. His legacy included improvement of asylum conditions, broadly psychosocial therapeutic approaches, history-taking, nosography, broadly-numerical assessments of courses of illness and treatment responses. Later Pinel became the Emperor’s consulting physician, a member of the Academy of Sciences and finally, in 1804, a Knight of the Legion of Honor. On October 25, 1826 Philippe Pinel died in Paris of a cerebral hemorrhage at age 81.