You are here: Home › literature › The Passionate Life of Charlotte Brontë 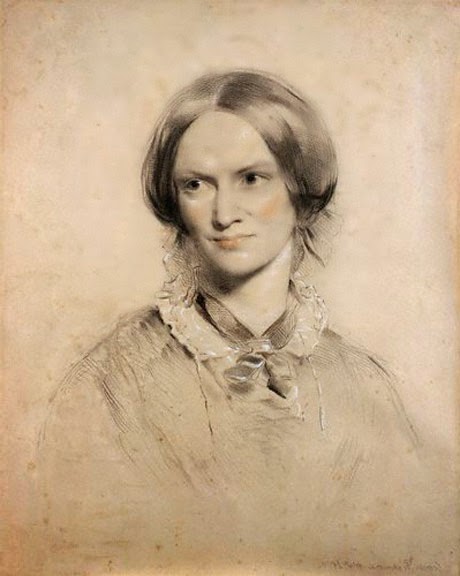 On April 21, 1816, English novelist and poet Charlotte Brontë, the eldest of the three Brontë sisters was born, whose novels are English literature standards. Most notably she wrote Jane Eyre under the pen name Currer Bell.

“I can be on guard against my enemies, but God deliver me from my friends!”
– Charlotte Brontë, in response to George Henry Lewes (LL, II, v, 272)

Why I read Charlotte Brontë

Following the usual stereotype, computer scientists are nerds and the only literature they read – if they read any literature at all – are science fiction stories or fantasy novels. Of course I like science fiction stories – at least it was the kind of genre I’ve read first. It was also the kind of genre which started my love for literature at all. It took a while until I also read the classical and romantic English novelists, but it was worth while. I especially love the novels of Jane Austen, who understood to sketch the very pinpoint characteristics of English society in the early 19th century – always with a twinkle in the eye. And there are also the Brontë sisters. While Emily Brontë wrote “Wuthering Heights” – for sure you will know the heartache epic of Heathcliff, Cathy, and the moors (sorry, but that’s even too much for me 🙂 … and not to forget about the famous Kate Bush song . Charlotte, her eldest sister, has left us ‘Jane Eyre‘, a gothic like novel containing elements of social criticism, with a strong sense of morality at its core, but nonetheless a novel many consider ahead of its time exploring also sexuality, religion, as well as feminism.

“I care for myself. The more solitary, the more friendless, the more unsustained I am, the more I will respect myself.”
– Charlotte Brontë, Jane Eyre (1847)

Charlotte was born in Thornton, West Riding of Yorkshire in 1816, the third of six children, to Maria and Patrick Brontë, an Irish Anglican clergyman. In 1820 the family moved a few miles to the village of Haworth, when Charlotte’s mother died of cancer in 1821, leaving five daughters, Maria, Elizabeth, Charlotte, Emily, Anne and a son Branwell to be taken care of by her sister, Elizabeth Branwell. After the deaths of her older sisters Maria and Elizabeth of tuberculosis in 1825, Charlotte acted as “the motherly friend and guardian of her younger sisters”. She and her surviving siblings – Branwell, Emily, and Anne – created their own literary fictional worlds and began chronicling the lives and struggles of the inhabitants of their imaginary kingdoms. Between 1831 and 1832 Charlotte continued her education at Roe Head in Mirfield, where she met her lifelong friends and correspondents, Ellen Nussey and Mary Taylor. In 1833 she wrote a novella, The Green Dwarf, under the pen name Wellesley. She returned to Roe Head as a teacher from 1835 to 1838. In 1839 she took up the first of many positions as governess to families in Yorkshire, a career she pursued until 1841.

“Conventionality is not morality. Self-righteousness is not religion. To attack the first is not to assail the last.”
– Charlotte Brontë, Jane Eyre (1847)

In 1842 Charlotte and Emily travelled to Brussels to enroll at a boarding school. In return for board and tuition, Charlotte taught English and Emily taught music. After the death of her aunt Elizabeth Branwell, who had taken care of the children after their mother‘s death, Charlotte returned alone to Brussels in January 1843 to take up a teaching post at the school. But, her second stay was not happy and she returned already to Haworth in 1844. In May 1846 Charlotte, Emily and Anne self-financed the publication of a joint collection of poetry under their assumed names Currer, Ellis and Acton Bell. The pseudonyms veiled the sisters’ gender whilst preserving their initials, thus Charlotte was “Currer Bell“.

From the Professor to Jane Eyre

Charlotte’s first manuscript, The Professor, did not secure a publisher, although she was heartened by an encouraging response. Thus, in September 1847, she published her best known novel Jane Eyre: An Autobiography. It tells the story of Jane, a plain governess who, after early life difficulties, falls in love with her Byronic employer, Edward Rochester, the lord of Thornfield Hall. (Please skip the rest of the paragraph, if you don’t want to spoil your reading experience…) They marry, but only after Rochester’s insane first wife of whom Jane initially had no knowledge dies in a dramatic fire.

“There was no possibility of taking a walk that day.”
– Charlotte Brontë, Jane Eyre, Chap. 1, Opening line

In Jane Eyre Charlotte transformed her very own experiences into a novel with universal appeal. Commercially it was an instant success, and initially received favourable reviews. The book’s style was innovative, combining naturalism with gothic melodrama, and broke new ground in being written from an intensely first-person female perspective. Speculation about the identity of Currer Bell and whether the author was male or female heightened with the publication of Emily‘s Wuthering Heights by “Ellis Bell” and Anne‘s Agnes Grey by “Acton Bell“.

Following the success of Jane Eyre, in 1848 Charlotte began work on the manuscript of her second novel, Shirley, when the Brontë household suffered a tragic series of events. In September 1848 Branwell died, when Emily became seriously ill and died of pulmonary tuberculosis. One year later in 1849, Anne died of the same disease. Nevertheless, Charlotte resumed writing as a way of dealing with her grief and finished Shirley which deals with themes of industrial unrest and the role of women in society was published in October 1849. Before the publication of Charlotte’s third novel Villette, she received a marriage proposal from Arthur Bell Nicholls, her father‘s curate who had long been in love with her. After initially turning down this proposal, she accepted in 1854 and got married. Charlotte became pregnant soon after the marriage but her health declined rapidly. She died with her unborn child on 31 March 1855, aged 38. Her death certificate gives the cause of death as phthisis, i.e. consumption, but biographers suggest that she died from dehydration and malnourishment due to vomiting caused by severe morning sickness or hyperemesis gravidarum.[11]

“If all the world hated you, and believed you wicked, while your own conscience approved you, and absolved you from guilt, you would not be without friends.”
– Charlotte Brontë, Jane Eyre (1847)