You are here: Home › politics › Peter the Great and the Grand Embassy 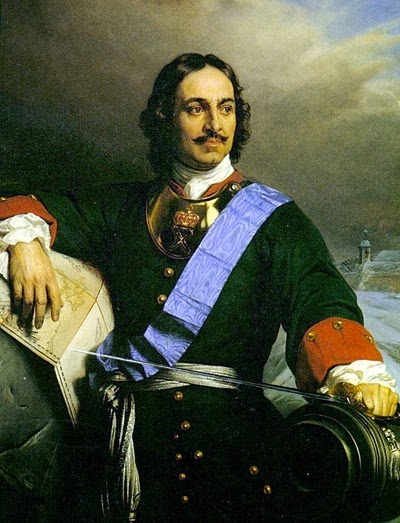 On March 10, 1697, Russian Tsar Peter the Great began his diplomatic mission to Western Europe, referred to as the ‘Grand Embassy‘. The goal of this mission was to strengthen and broaden Russia‘s influence in Western Europe and to find allies against the Ottoman Empire. What makes the mission so special is that Peter the Great led the mission himself, but incognito under a wrong name.

“Alas! I have civilized my own subjects; I have conquered other nations; yet I have not been able to civilize or to conquer myself.”
– Peter the Great, as attributed in [11]

On June 9, 1672 Peter was born in the Moscow Kremlin. The father of the future Emperor of Russia, Alexei Mikhailovich, had numerous descendants, including Peter as the fourteenth child. Peter’s mother was the second wife of Alexei Mikhailovich, Natalya Kirillovna Naryshkina. When Peter’s father died in 1676, Peter’s half-brother Fyodor III ascended the tsar’s throne. After the death of Feodor in 1682, ten-year-old Peter found himself in the middle of a struggle for the throne of his country, which culminated in the First Streltsy Uprising. Before his eyes, the strikers murdered two of his mother’s brothers and their foster father Matveev.  In 1682 Peter was appointed tsar together with his elder half-brother Ivan V. However, due to the minors of the two brothers, Ivan’s sister and Peter’s half-sister Sophia became regent at first, basing her power essentially on the scattered militias. Formally, Ivan still remained tsar alongside Peter until his death in 1696. However, as Ivan was epileptic, eye-suffering and mentally weak, he was to have no influence on the affairs of government until his death. Peter was not really concerned about others ruling and making decisions for him at first, as he had more time for shipbuilding, sailing, and “playing” with his toy army. However, after the death of his mother in 1694, Peter became an independent sovereign.

The Modernization of Russia

After some years, Peter aimed to modernize Russia with several reforms and was heavily influenced by Western Europe. Even though he faced much opposition in his government, he dreamed of establishing Russia as a maritime power. Peter’s visits to the West impressed upon him the notion that European customs were in several respects superior to Russian traditions. His modernizations included the establishment of state officials and modern clothing styles for soldiers, who were then also required to shave their beards.

Russia must become a Sea Power

To improve his nation’s position on the seas, Peter sought to gain more maritime outlets. His only outlet at the time was the White Sea at Arkhangelsk. The Baltic Sea was at the time controlled by Sweden in the north, while the Black Sea was controlled by the Ottoman Empire in the south. Peter attempted to acquire control of the Black Sea, which meant that he would have to expel the Tatars. Peter waged war against the Crimean Khan and the Ottoman Sultan. After a first unsuccessful attempt to capture the Ottoman fortress of Azov, near the Don River, he organized a large army and launched about thirty ships against the Ottomans in 1696. On 12 September 1698, Peter officially founded the first Russian Navy base, Taganrog.

The Idea of the Grand Embassy

Knowing that he was not able to capture the Ottoman Empire all by himself, Peter traveled incognito to Europe on an 18-month journey with a large Russian delegation–the so-called “Grand Embassy” in order to seek the aid of the European monarchs. In fact, it was led by Peter himself, who went along incognito under the name of Peter Mikhailov. At 2.03 m Peter was one of the tallest men in Europe, a fact very hard to disguise. Unfortunately for Peter, the Europeans had other worries at the time. The concerns concentrated more on the successor of the childless Spanish King Charles II than on fighting the Ottoman Empire.

Greate embassy of Peter I in Europe in the years 1697 and 1698 AD. At the right a portrait of Peter in the clothes of a sailor/seaman/mariner in the time of his stay in the Dutch town of Zaandam.

Still, the Grand Embassy continued and Peter learned much about the culture and life in Western Europe. He studied shipbuilding and was given the opportunity to gain practical experience in the largest shipyard in the world, belonging to the Dutch East India Company. Peter I. received as Pyotr Michalov a certificate confirming that he had worked for four months and five days as a ship carpenter under the supervision of Master Pool, that he had carefully learnt all branches of the craft and that he had behaved decently. In England, Peter met with King William III and traveled to the city of Manchester to learn the techniques of city-building he would later use to great effect at Saint Petersburg. As an agreement with the General States could not be reached, the legation concentrated on the acquisition of urgently needed weapons and the recruitment of experts. In the first few months of the year, for example, a large number of experts were hired for the Black Sea Fleet, after only a few experts could be recruited in Livonia, Kurland and Prussia. The figure is said to have been about 1100. The legation thus organized a technology push and knowledge transfer from Western Europe to Russia. 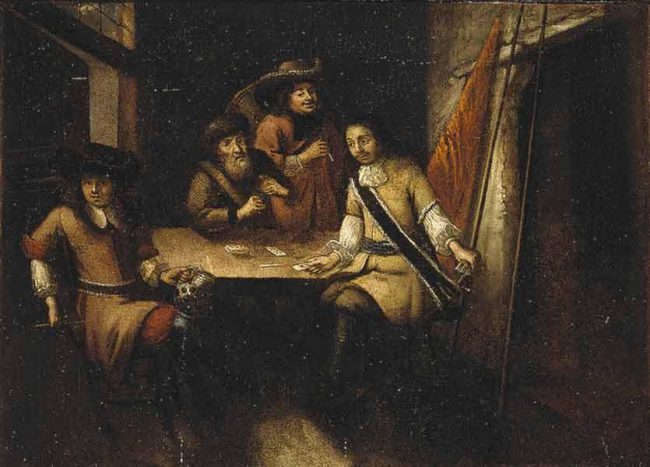 The Embassy next went to Leipzig, Dresden, and Vienna. He spoke with August the Strong and Leopold I, Holy Roman Emperor. Unfortunately for him, the journey had to be cut short due to a rebellion of the Streltsy in 1698. Influenced by the European culture, Peter aimed to change several traditions. He worked on ending arranged marriages and divorces his own unhappy marriage as well. Also he changed the celebration of the new year from September 1 to January 1 and proclaimed that the Julian Calendar was in effect and the year was 1700 instead of 7207, which according to the old Russian calendar was based on the date of the purported creation of the World.

On the way back to Russia, the Grand Embassy conducted fruitless negotiations in Vienna with Russia’s former allies in the Holy League, the Austrian foreign minister and the Venetian ambassador, trying to prevent Austria’s separate peace treaty with Turkey. An intended visit to Venice was canceled due to the news about the Streltsy Uprising in Moscow and Peter’s hasty return to Russia. The Grand Embassy failed to accomplish its main goal, but it gathered valuable information about the international situation, ascertained the impossibility of strengthening the anti-Turkish coalition due to the imminent War of the Spanish Succession, and brought back the plans for gaining access to the Baltic Sea. On his way back to Russia, Peter the Great met with Augustus II of Poland and conducted negotiations with him, which would form the basis for the Russo-Polish alliance against Sweden in the Great Northern War. 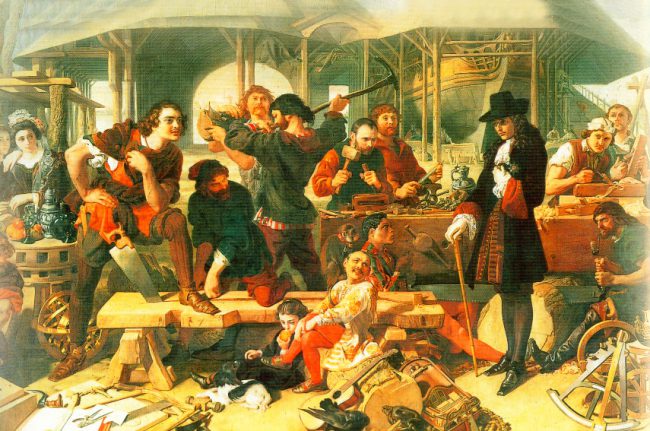 Peter promoted the Russian economy through infrastructural projects such as canals, locks and roads, because when he took office there were only ten factories in the country. In 1703 he ordered the construction of a fortress, now the oldest part of St. Petersburg and the deepening of the harbor. He ordered a model of a dredger in Amsterdam, which was reconstructed in full size. After his victory over the Swedes he moved the capital from Moscow to St. Petersburg, a city based on Western European principles, designed by Italian architects. Merchants, civil servants, artisans and nobility were forced to move and build a house at their own expense. In 1713 he published an oekaze that half of all goods, which were normally exported to Archangelsk, now had to be transported to St. Petersburg. In finance he standardized the silver Russian ruble and introduced new coins, mainly based on the decimal number system.

Peter sent out several expeditions to explore Siberia. Between 1718 and 1727 Daniel Gottlieb Messerschmidt collected information about the geography, population and nature of western and central Siberia. In the far east Kamchatka was investigated by Ivan Yevreynov and Fyodor Luzhin and in the far northeast by Vitus Bering. The Great Nordic Expedition of Bering and Aleksey Chirikov was started by Peter the Great, but only took place after his death.

Immediately after Peter’s recovery from a serious illness he set off on a longer sea voyage in the autumn of 1724, which led him to Schlüsselburg, where he wanted to check the work on the new Ladoga canal. On 5 November he returned to Saint Petersburg, but did not go ashore, but instead continued sailing along the Gulf of Finland. His destination was the rifle factory near Lachta. As darkness fell, a storm came. Not far from the shore of Lake Lachta, Peter the Great discovered a capsized boat and the crew threatened to drown. To help the sailors and soldiers from Kronstadt, he waded up to his hip into the ice-cold water of the lake. Here his personal commitment and his ruthlessness against himself became clear. On February 8, 1725, the fifty-two-year-old tsar died in St. Petersburg as a result of his rescue (bladder disease combined with liver trophy).