You are here: Home › engineering › Paul Nipkow and the Picture Scanning Technology 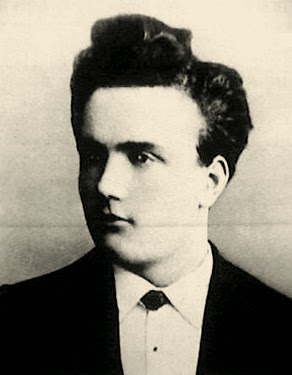 On August 22, 1860, German engineer Paul Gottlieb Nipkow was born. He is best known for having conceived the idea of using a spiral-perforated disk (the Nipkow disk), to divide a picture into a matrix of points, and became an early television pioneer.

“Finally, on Christmas Eve 1883, when I was sitting in Philippstrasse in Berlin without a tree and without candles, everything was put down on paper[,] and somehow I managed to get the twenty marks for the patent application, and on 6 [January] 1884 everything was in the Patent Office.”
– Report by Paul Nipkow on May 29, 1935 at the opening of the TV station Paul Nipkow

Nipkow was born on August 22, 1860, in Lauenburg (Lębork) in Pomerania, now in Poland, as the son of Friedrich Wilhelm Nipkow, master baker and head of the town council. He first attended the Progymnasium in Lauenburg i. Pom. and from 1880 the Königliches Gymnasium in Neustadt in West Prussia. Inspired by the work of Guglielmo Marconi, [4] Nipkow began thinking about the challenge of transmitting a visual image while still a student in Germany. While at school in Neustadt (Wejherowo), West Prussia, Nipkow began to experiment in telephony and the transmission of moving pictures. It was well known that any successful transmission device required three essential components: a device to translate the visual image into an electronic impulse, a second device to reassemble that impulse into an image again, and a third device by which to transmit the impulse from the first device to the second.

After graduating from high school in 1882, he went to Berlin to study mathematics and natural sciences at Friedrich Wilhelms University and become a teacher at a secondary school. He also attended lectures at the Technical University Charlottenburg: physiological optics with Hermann von Helmholtz and electrophysical problems with Adolf Slaby. In 1884, even before completing his degree, Nipkow had developed and patented a transmissions system that achieved all three requirements.[1]

While still a student Nipkow conceived the idea of using a spiral-perforated disk (Nipkow disk), to divide a picture into a matrix of points. Accounts of its invention state that the idea came to him while sitting alone at home with an oil lamp on Christmas Eve, 1883. Alexander Bain, a Scottish inventor who had patented the electric clock, had transmitted images telegraphically in the 1840s but the Nipkow disk improved the encoding process. The Nipkow disk was a metal or cardboard disk that was perforated with twenty square holes arranged in a spiral so that each hole was a little closer to the center than the last. As Nipkow spun the disk, he shined a strong light through the holes and onto the subject. Because each hole was slightly offset, the image was scanned in a series of twenty horizontal lines.[1]

Nipkow’s Disk from his 1884 patent application

Another important component of his invention was a selenium photocell used to transform differences in the intensity of light into electric current. The current could be transmitted to a receiver, where the image was reproduced with an identical disk that was synchronized with the first in front of a lamp whose brightness changed according to the received signal. Nipkow once used his device to transmit a visual image from London to Paris, but the system was never developed for commercial use. Ironically, at the time, investors could not foresee a practical use for it, and therefore, Nipkow received little recognition during his lifetime for the feat.[3]

Nipkow applied for a patent in the imperial patent office in Berlin for his electric telescope. This was for the electric reproduction of illuminating objects, in the category “electric apparatuses”. German patent No. 30105 was granted on 15th January 1885, retroactive to 6th January 1884, the 30 marks fee being lent by his future wife. It was allowed to lapse after 15 years. Nipkow had taken a position as a designer in the Berlin-Buchloh Institute and did not continue further development of the electric telescope.[2] 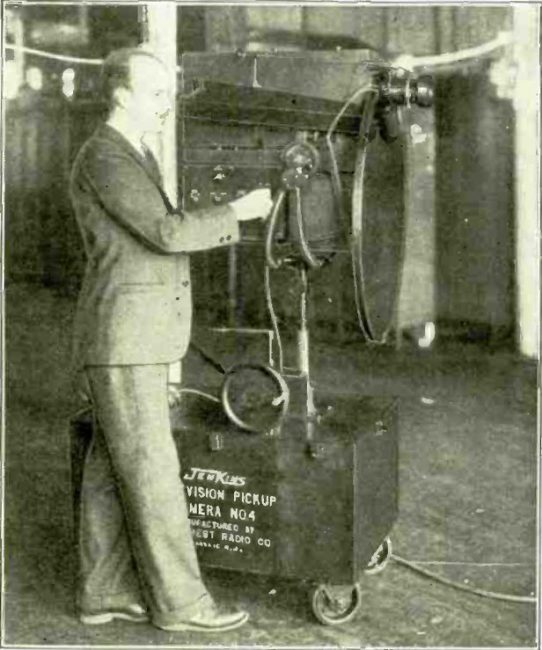 An early mechanical-scan television camera made by Jenkins Co., Passaic, New Jersey, used in experimental television broadcasts in the 1930s using a Nipkow disk (visible in housing at front of camera). A phototube in back of the disk produced a video signal which varied with the brightness of the image at each point.

The first television broadcasts used an optical-mechanical picture scanning method, the method that Nipkow had helped create with his disk. The first inventor who used Nipkow’s disc successfully, creating the first television pictures in his laboratory in October 1925, was John Logie Baird.[7] From 1937, when the infant BBC television service chose it above Baird’s mechanical system, total electronic picture scanning, based on the work of Manfred von Ardenne and the iconoscope invented by Vladimir Zworykin,[5] became increasingly prevalent and Nipkow’s invention was no longer essential to further development of television. Today, the Nipkow disk is used extensively in reflected light confocal scanning microscopy to produce images that can be viewed in real time through the microscope eyepieces.

However, the world’s first public television station, which went into operation in 1935, was named “Paul Nipkow Television Station” after the “father” of the first generation of television technology, which was based on the Nipkow disk as a mechanical variant. Nipkow became honorary president of the television working group of the Reichsrundfunkkammer. The Reich Broadcasting Director spoke of the “German television pioneer” who came up with the “general idea” of television.

On his 75th birthday, the Johann Wolfgang Goethe University in Frankfurt am Main awarded Paul Nipkow an honorary doctorate in the natural sciences. His hometown of Lauenburg made him an honorary citizen in 1937. Two days after his 80th birthday, Nipkow died of a heart attack in Berlin. He received a state funeral, the state ceremony taking place on 30 August 1940 at the Friedrich Wilhelm University in Berlin.

The History Of Television, [10]