You are here: Home › engineering › John Logie Baird and the Invention of Television 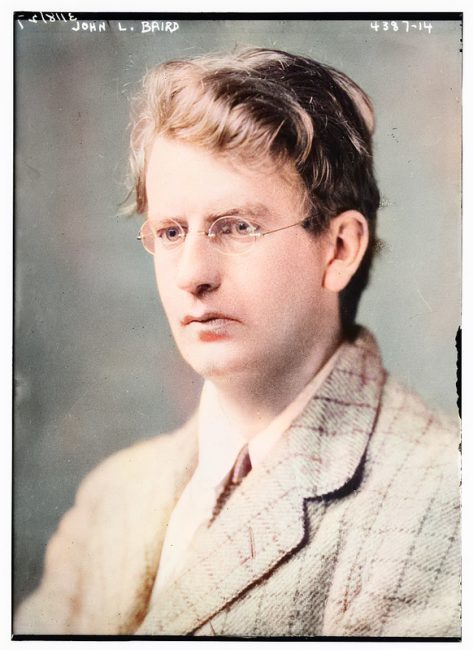 Born in Helensburgh, Argyll and Bute (then Dunbartonshire) on the west coast of Scotland, Baird was the youngest of four children of the Reverend John Baird, the Church of Scotland’s minister for the local St Bride’s church. Dogged by ill health for most of his life, he nonetheless showed early signs of ingenuity, rigging up a telephone exchange to connect his bedroom to those of his friends across the street [1]. He was educated at Larchfield Academy in Helensburgh; the Glasgow and West of Scotland Technical College (which later became the University of Strathclyde). In 1906 he went to study Electrical Engineering at Glasgow and West of Scotland Technical College. His degree course was interrupted by World War I and he never returned to graduate. Rejected as unfit for the forces because of his ill health condition, Baird worked as an employee of a Clyde Valley Electrical Power Company before becoming self-employed to devote more time to his experiments on the technical development of television based on the Nipkow disc.[5] When the war ended he set himself up in business, as e.g., including the ‘Baird Undersock’ and jam-making in Trinidad [2], but only with mixed results.

The Development of Television

The development of television was the result of work by many inventors. Among them, Baird was a prominent pioneer and made major advances in the field. Baird moved to Hastings, on the south coast of England to follow his dream and built what was to become the world’s first working television set using items including an old hatbox and a pair of scissors, some darning needles, a few bicycle light lenses, a used tea chest, and sealing wax and glue that he purchased. In February 1924, he demonstrated to the Radio Times that a semi-mechanical analogue television system was possible by transmitting moving silhouette images. In July of the same year, he received a 1000-volt electric shock, but survived with only a burnt hand. By 1925, he moved to London and was ready to give the first public display of a working television at Selfridges in Oxford Street, London. Shoppers saw slightly blurred but recognizable images of letters. 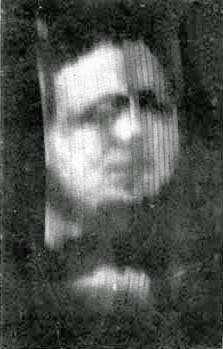 At the heart of Baird’s system was a Nipkow disc, a rotating disc containing spirals of holes (or lenses) through which a beam of light passed to scan the object. The poor quality of photocells limited Baird’s early equipment to sending shadows and outlines. He was able to apply for a patent on July 26, 1923, but although the BBC expressed interest, they would not participate in his work.[2] On January 26th, 1926, a viable television system was demonstrated using mechanical picture scanning with electronic amplification at the transmitter and at the receiver. It could be sent by radio or over ordinary telephone lines, leading to the historic trans-Atlantic transmissions of television from London to New York in February, 1928.[3]

There were notable firsts, including a performance of Pirandello’s play, The Man with a Flower in His Mouth – the first play to be performed on television in Britain, on 14 July 1930. The first outside broadcast followed; the Derby was televised live in June 1931 and again the following year. From 1931 mechanical television had to assert itself against fully electronic televisions with cathode ray tubes, the first sets were introduced in Germany by Manfred von Ardenne, the USA by Philo Farnsworth [6] and RCA and in Great Britain by Marconi Company. Finally the BBC began to take television seriously, and on 22 August 1932, the BBC began a regular television service from basement studio BB in the new Broadcasting House using Baird’s system, albeit still experimental and still low-definition 30-line.[2] In 1934 Baird introduced an electronic television with a resolution of 240 lines (progressive), the electronic camera tubes (image dissector) were purchased from Farnsworth or mechanical film scanners were used. However, especially the low-light Farnsworth camera was inferior to Marconi’s “Iconoskop” system with 405 lines (interlaced), so that after a short parallel operation the BBC decided to concentrate on the Marconi EMI method and to stop broadcasting according to Baird’s system. Only the mechanical film scanner, converted to 405 lines, was used until the outbreak of the war. The last broadcast in the Baird system took place on January 30, 1937. By 1939, 20,000 television sets were in use in Great Britain, just 14 years after Baird’s first public demonstration of his system at work.[4]

In addition, Baird built TV outside broadcast vans and RF link lines into self-developed television projectors in cinemas with up to 3,000 seats, the economic use of which was thwarted by the beginning of the Second World War (Cinema Television). However, Baird had to realize that the future belonged to fully electronic television. In 1939, he showed color television using a cathode ray tube in front of which revolved a disc fitted with color filters, a method taken up by CBS and RCA in the United States. Unlike modern color picture tubes, only two electron beams were used, the picture tubes were spherical with the picture surface in the middle. This was coated on one side with a red phosphor and on the other side with a green-blue phosphor. The electron beams were beamed onto the screen from the front and from behind. In this way Baird avoided interference from the opposite side, and there was no need for a shadow mask as in today’s color picture tubes. According to eyewitnesses, the picture was very colorfast and bright. Experimentally the number of lines was increased to over 1000. In 1941, he patented and demonstrated a system of three-dimensional television at a definition of 500 lines.  The frame rate was simply increased (and the number of lines reduced for bandwidth reasons), so that two images were alternately transmitted one after the other for each eye. Through a lens system, only one viewer at a time could view the plastic image, which nowadays can be overcome for each viewer with the help of 3D shutter glasses, for example.

Apart from his undoubtedly remarkable inventions Baird’s greatest merit is probably the fact that he demonstrated the possibilities of television to an audience, made it so popular and thus also greatly accelerated the overall technical development. In 1937 he was elected a fellow of the Royal Society of Edinburgh. On 16 August 1944, he gave the world’s first demonstration of a fully electronic color television display. Baird died at home in Bexhill-on-Sea on 14 June 1946 at age 57, after suffering a stroke in February.